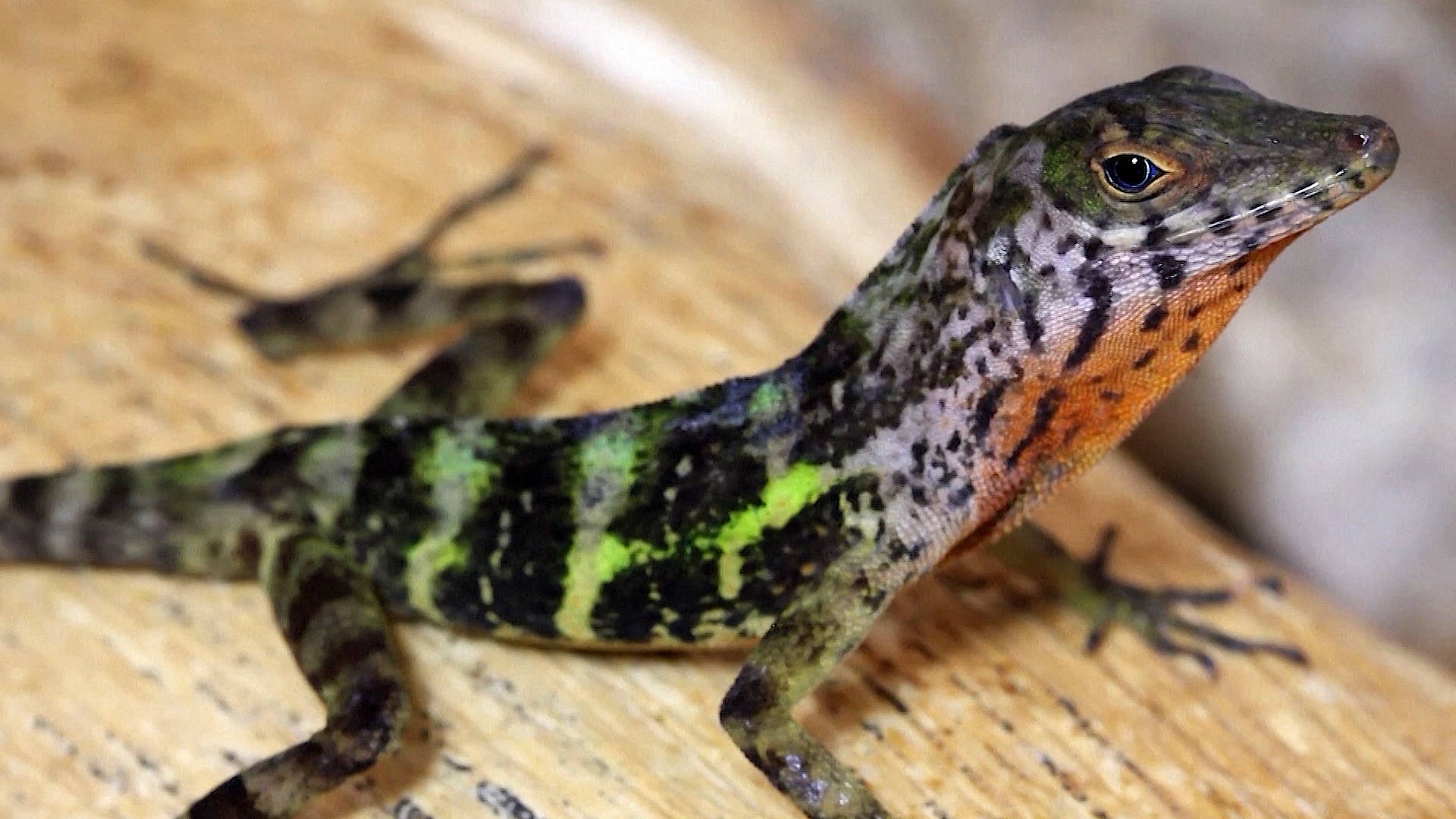 This is an urgent transcription. The copy may not be in its final form.

FRIEND GOOD MAN: We turn now to continue watching climate change, but how a devastating new report finds that one in five reptiles is threatened with extinction, with turtles and half of all crocodile species being the most endangered. This is the conclusion of the first in-depth study of more than 10,000 species of reptiles in the world, which took almost a thousand scientists and 15 years. The study has just been published in the journal Nature, found that multiple factors threaten reptiles, including deforestation, urban encroachment, hunting, and the climate emergency. This is environmental biologist Leslie Rissler of the National Science Foundation.

LESLIE RISSLER: Species are declining at a rapid rate. Some estimates are 10 times, 100 times, 1000 times the background extinction rate that normally occurs on the planet, so we’re at a really critical time in our – you know, in Earth’s history.

welcome to Democracy now! It’s great to have you with us, Dr. Young. Could you start by talking about what surprised you the most about the results of this study?

BRUCE YOUNG: Thank you for inviting me.

Yes, so you described the main results. It was a long time coming, as you described. For me, I expected the reptiles to be somehow different from most of the other groups we had already studied. I mean, the story here, or the context, is that we finished assessing the world’s birds in the 1990s. I was involved in completing the global amphibian assessment in 2003. The mammals were finished in 2008. And we just took a long time to do the reptiles for various reasons. And all the while, we were kind of nervous that with all this information about birds, mammals, and amphibians, it was leading to a lot of priorities in the conservation world, that reptiles were being left out, that we knew that reptiles are exceptionally diverse in the desert compared to other species, and we were just worried that they would really fall through the cracks of the conservation net. So what surprised me about our results was that when we looked at the proportions of species under the different threats, they’re actually the exact same threats almost as birds, mammals, and amphibians. And so, there’s nothing new about what you need to do to protect reptiles.

The other startling discovery we found is about this term called surrogacy. It’s something that conservation planners use. Because we don’t have information on all species — there are millions of species out there — we use the species we have information on to set our conservation priorities. And we hope that the species we are working on are good substitutes for these other species. And what we’ve found is that birds, mammals, and amphibians actually serve as good conservation surrogates for endangered amphibians – endangered reptiles, excuse me. So that means that if you do your prioritization based on these three groups, which we’ve had information for over a decade, you’re actually going to be dealing with a lot of the diversity of endangered reptiles. So it’s good news, in a way, that there’s not this whole new category of conservation that we have to deal with today.

FRIEND GOOD MAN: So if nothing is done to conserve reptiles, can you tell us, globally, what is happening to global ecosystems? How long do we have to try to repair the loss of more than 20% of reptiles on Earth?

BRUCE YOUNG: Yeah. As I said, the fate of reptiles is linked to the fate of many other species. I mean, I can’t give numbers on how many years we have. What we found is that reptiles are actually the most numerically diverse in tropical rainforests. Again, this should sound familiar. We know that birds, mammals and amphibians are also very diverse in tropical rainforests. So when you hear about continued deforestation in the Amazon, for example, that means we’re losing reptile species there, just like we’re losing other species. And that’s causing this problem with climate change because of the loss of all that carbon stored in the forests there.

FRIEND GOOD MAN: You talk about multiple factors: deforestation, urban encroachment, hunting, the climate emergency. You are in Costa Rica in Central America, which has always been the site, the whole region, of extractive projects such as mines and hydroelectric dams. How have these industries, largely financed by multinationals, affected or contributed to the crisis?

BRUCE YOUNG: Well, here in Costa Rica it’s a bit different than elsewhere. We don’t have a lot of minerals here. And in fact, it goes all the way back to Costa Rican history. There was never any gold found here, so it was a very different type of people who settled, Europeans who settled in Costa Rica, compared to other countries.

We have a huge amount of hydroelectricity. But, I mean, from a climate perspective, it’s a good thing. In Costa Rica, 99% of our electricity is produced from renewable energies, mainly hydroelectricity. These are financed by international financing mechanisms and executed by the Costa Rican Electricity Corporation, which is a nationalized company. These hydroelectric projects have a negative effect on the environment, there is no doubt about that. River systems are modified. Streams and all that kind of stuff are heavily impacted.

For reptiles, this is not much, because there are almost no reptiles that inhabit these rivers that come out of the mountains. There are crocodiles where these rivers flow into the ocean, but they are not affected by these dams. So, in fact, reptiles are relatively spared compared to many invertebrates, otters and others, that live in the rivers themselves.

FRIEND GOOD MAN: To conclude, Dr Young, can you tell us about the United Nations Convention on Biological Diversity, what makes it so important? The UN Biodiversity Conference will be held in Kunming, China in October.

BRUCE YOUNG: Well, our study reminds us of what emerges from this convention. You know, we just described 1,800 species of reptiles threatened with extinction. It is a small part of the 40,000 species that IUCN Red List listings are on the verge of extinction around the world. It is an enormous part of our biodiversity, of our national heritage, which rests on the success of these negotiations. So it’s a great moment.

For the past 10 years, we were under the Aichi targets set in 2010 under the Convention on Biological Diversity. They expired in 2020. And since then there has been the negotiation of the so-called post-2020 framework. What we learned from the experience of the Aichi targets is that even though governments set these targets, there was not much implementation of conservation measures. And in fact, when we looked at it, almost none of those goals were met.

So this time, for this post-2020 framework, we’re hoping for real goals with real mechanisms that hold countries accountable for achieving those goals. So, as I said, there is a lot to do in these discussions and negotiations which should lead to COP15 in Kunming.

FRIEND GOOD MAN: Bruce Young, I want to thank you for being with us, co-leader of the new study assessing the global extinction risk of reptiles, Chief Zoologist and Senior Conservation Scientist for NatureServe, speaking to us from Costa Rica.

Then we get an update on Ukraine from Jan Egeland, the secretary general of the Norwegian Refugee Council, who has just returned from Ukraine. Stay with us.