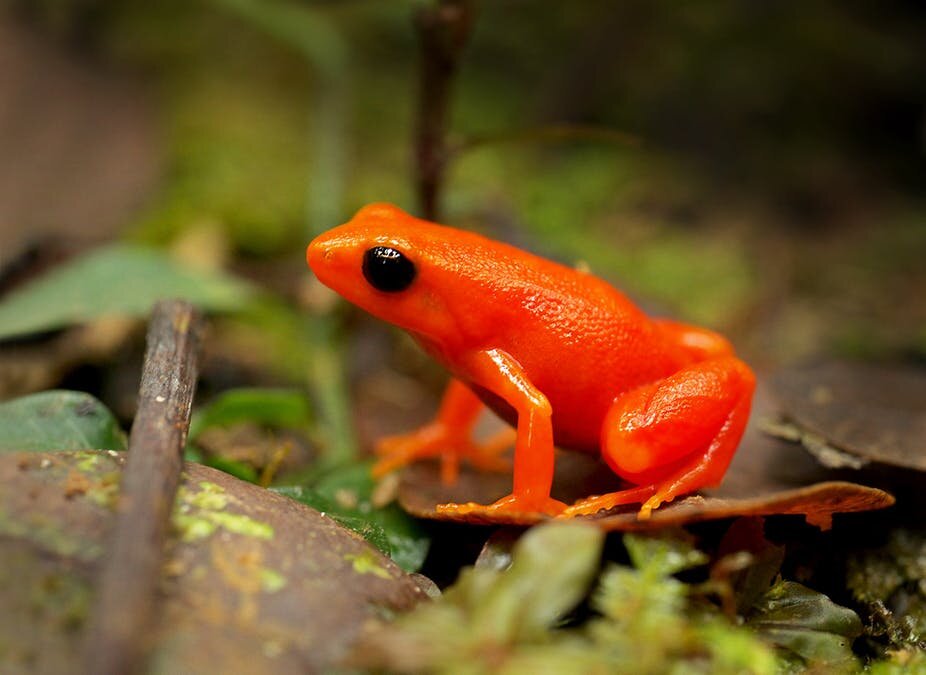 Why tropical species are more exposed to climate risk

The effects of climate change – extreme heat waves, wildfires on an unprecedented scale and devastating floods – have been happening now for several decades, and the COP26 climate agreement reached in Glasgow will not be enough to maintain the global warming below 2°C, because the French recently said climatologist Benjamin Sultan.

Species are not immune to these disturbances. In a report from IPBESthe equivalent of the IPCC for biodiversity, ecologists point to dramatic declines in numbers worldwideincluding in apparently preserved regions.

Future projections are no better. Studies aimed at predicting the effects of climate change suggest there will be winners and losers, but mostly losers– not to mention the risk of invasion by the “winners”.

If the idea of ​​containing global warming to less than 2°C is gaining ground, this effort would nevertheless remain insufficient, as underlined by a study published in the reference journal Climate change.

A clearer signal in the tropics

Climate change, as we can see, will cost us all, even in temperate regions. However, a growing number of studies show a gradient in the magnitude of species response to climate change. The closer you get to the equator, the more serious the effects. This is the case, for example, of European birds, with greater declines in the southernmost populations. The same pattern exists in the North American mountainswhere the birds follow the cold to higher altitudes, but it is mostly seen in the tropics.

This gradient was also observed in the body size of the French passerines. A study that I carried out with the National Museum of Natural History (MNHN), published today in Global change and biogeography, showed that juvenile growth was negatively affected by high temperatures, but only in the south. I summarize this research with Benjamin Freeman (University of British Columbia) in the following rap song:

How to explain such a pattern? Aren’t the southernmost species adapted to warmer climates? Of course, but heat and drought are still the main constraints in these regions. In the Mediterranean region, warming would increase aridity, and therefore reduce plant production, the basis of the food chain. More heat, more aridity, fewer plants and fewer insects mean less food for birds in the spring.

And the tropics, where the climate is humid? The species have also adapted to these climates, but the upper limit of their thermal tolerance is no different from that of temperate species. Tropical species live permanently near this limit. Therefore, a very slight change in temperature may drive them beyond their physiological comfort zone.

It is possible to anticipate the consequences of climate change using predictive models. After having identified the favorable climatic conditions for a given species, ecologists exploit the future climatic scenarios constructed by climatologists.

In a study carried out in collaboration with the University of Porto and the NGO Madagasikara Voakajy, these models predict a dramatic decline in climatic conditions by 2070 for two species: a brightly colored frog from Madagascar and a gecko, sticky lizard from Reunion.

Both species are restricted to a narrow region, with very specific climatic conditions. The study takes into account various sources of uncertainty, either related to the scenario or to the methods. Either way, the climate will become largely unsuitable for both species, not only in their current range, but across their respective islands as well. Climate change can now be added to the long list of threats that already weigh on their environment.

A glimmer of hope

These models suggest that the ideal climatic conditions for these species will no longer be met in the future. However, they ignore the ability of the species to adapt to new conditions. Some species may change their habits to avoid the hottest times of the day (or year). Others may find microclimatic refuges, either in nature or in urban areas. It is also possible that these species tolerate heat better than expected.

Conservation actions have already been undertaken in Reunion. Then go Nature Indian Ocean has planned restoration programs for the gecko’s natural habitat. These approaches make it possible to anticipate climate risks by favoring existing populations.

What good is all this if the climate becomes unsuitable in the future? The study allowed us to identify with great precision the areas that are predicted as the most favorable in the future. The results will provide guidelines for conservation practitioners and help them maintain or create suitable habitats that will represent a refuge for this highly threatened lizard.

The data being fragmentary, this study was conducted on only two species. However, such dire predictions may well come true for a number of other tropical species. In short: it’s another wake-up call in an overheated world.

What will happen to the baobabs in Madagascar in the future?

Provided by The Conversation

Quote: The frog and the gecko: why tropical species are more exposed to climate risk (February 3, 2022) retrieved on February 3, 2022 from https://phys.org/news/2022-02-frog-gecko-tropical-species- greater. html

Want a peacock? Adopt one from this NH animal shelter