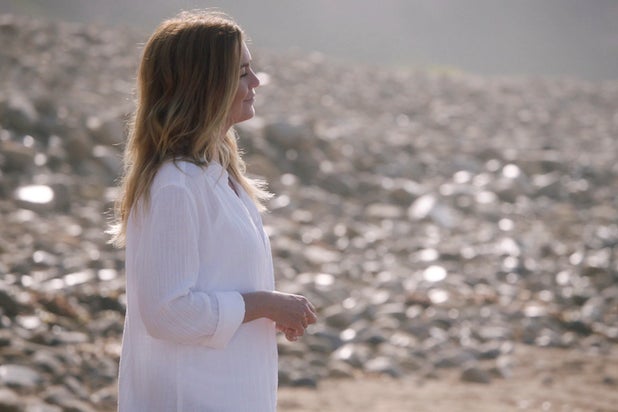 “Grey’s Anatomy” took the real-life coronavirus pandemic its viewers are experiencing and brought it to the fore in its Season 17 plot, to the point where lead character Meredith Gray (Ellen Pompeo) was in a dream induced by COVID during the best part of the season.

But on Thursday’s episode of the ABC medical drama, showrunner Krista Vernoff threw fans a curveball with the shocking death of Dr. Andrew DeLuca (Giacomo Gianniotti), who was killed not by COVID-19, but by a injury he sustained when he was stabbed after following a sex trafficker out of hospital.

“There was no decision to kill off the character and then a discussion of how we’re going to kill him off. There was literally a whole imagination that came to my mind of DeLuca following the sex trafficker off from the hospital, following her around town, refusing to let go and getting punched in the stomach at some point by one of his co-workers that he didn’t see coming and he fell,” Vernoff told Entertainment Weekly in an interview published after last night’s episode “You think he got punched and then you realize he got stabbed and it goes to ‘Grey’s Anatomy.’ and he visits Meredith on the beach. The whole thing downloaded and I was like, ‘Oh my God, are we killing DeLuca?’ That’s how it happened. Nobody wanted to kill DeLuca. I didn’t mean to kill DeLuca! But when I walked in and said, ‘You guys, this is history’, everyone was like, ‘Oh yeah, this is history. We wanted to honor the fact that we didn’t feel like we were done with the sex trafficking storytelling [plot] and it sounded like history.

Although Vernoff says her choice was very deliberate, that doesn’t mean she was happy with it.

“I didn’t like it and it drove me crazy and it made me cry even as I imagined it, and I admit that many times while we were writing the season and even while we were shooting these episodes , I walked into the writers’ room screaming and crying like, ‘Really?! Is this what we’re doing? I think I’m chickening out! I think we have to save it, guys!” she laughs, “I, the fan, want DeLuca to live but the storyteller, I follow the stories where they want to go.”

Pompeo said in a recent interview that the team “honestly” has “not decided yet” whether Season 17 will be the “Grey’s Anatomy” finale. You can read more about it here.

10 episodes to watch if you miss Denny Duquette