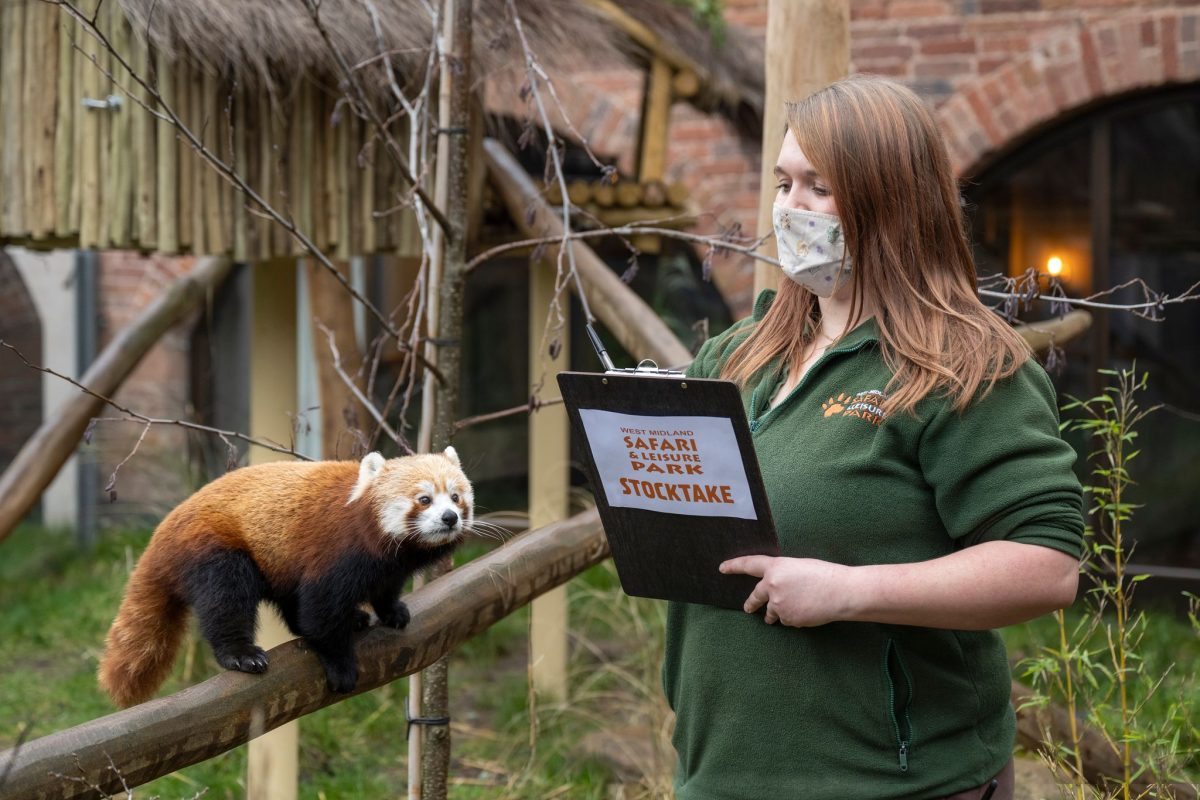 Animal keepers at West Midland Safari Park have had a busy start to the year completing the annual animal inventory.

Every year, every animal, big and small, must be counted, from huge African elephants to tiny, critically endangered golden mantella frogs.

The total number of animals changes each year and in 2021 the Park welcomed a few new animals, including the birth of two white rhino calves and 26 rainbow lorikeet chicks, as well as the arrival of a Red panda.

“It is at this time of year that we carry out the annual count of all our animals, large and small. We have 121 species with over 1000 individuals, so it’s a real team effort to make sure every animal is included. Most are counted as individuals like our herd of white rhinos, plus two adorable boys, Jambo and Jumani, born in 2021, but some are counted in colonies like our tiny leafcutter ants. It would take a long time if you had to count each of them individually!

“Of course, our keepers count our animals daily and examine them carefully to ensure they are all in good health, but this annual audit which takes place in January is something that every wildlife attraction must undertake as part of our zoo licensing requirements.

“In 2021, we welcomed new species to our collection, including Mei Lin, our beautiful red panda, who joined us in August, and three smaller species: white-bellied frogs, crocodile lizards and Lau banded iguanas. . We also said goodbye to some notable characters who left us to join collections in Scotland. These included Fennessy and Gerald, our two young male giraffes and Grace, our young Grévy’s zebra who all went to Edinburgh Zoo and three Bactrian camels; Dierdre and Dippy who are now at Highland Wildlife Park and Doris who is at Blair Drummond Safari Park.

Auditing is part of the zoo’s licensing requirements and once each head has been counted the results are noted in a report which is sent to the local authority. The park wildlife administrator then checks the results against the animal registration system, to make sure the census matches.

A variety of animals live in the park, including mammals, reptiles, birds, amphibians, fish, and invertebrates. Some are easier to count than others, such as Pancake Tortoises, compared to Madagascar’s swift, fast cockroaches. 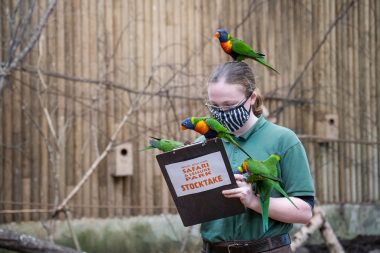 The park has some exciting changes in store for some of its animals and guests this year, including new habitats for white rhinos, giraffes and Sumatran tigers and the installation of new trails, so day guests can see these animals, as well as the African Elephants, on foot.

Animal habitats will be improved alongside the introduction of eight new luxury lodges with spectacular views of the park’s charismatic giraffe tower and white rhino crash, due to open in April.

The park is currently open Friday to Monday only for its winter season and all animals can be seen as part of the admission fee of £25.00 for adults, £20.00 for children aged 3 to 15 and £22.00 for concessions. Children under three are free.

Entry includes a free return code to visit again in six months, only when booked online in advance, without a Tesco or ASDA voucher. Customers can also benefit from discounts for selected dates, when booking online at least two days in advance. The Adventure theme park is not open during the winter season.

Further information about West Midland Safari Park can be found on the park’s website www.wmsp.co.uk or by telephone on 01299 402114.