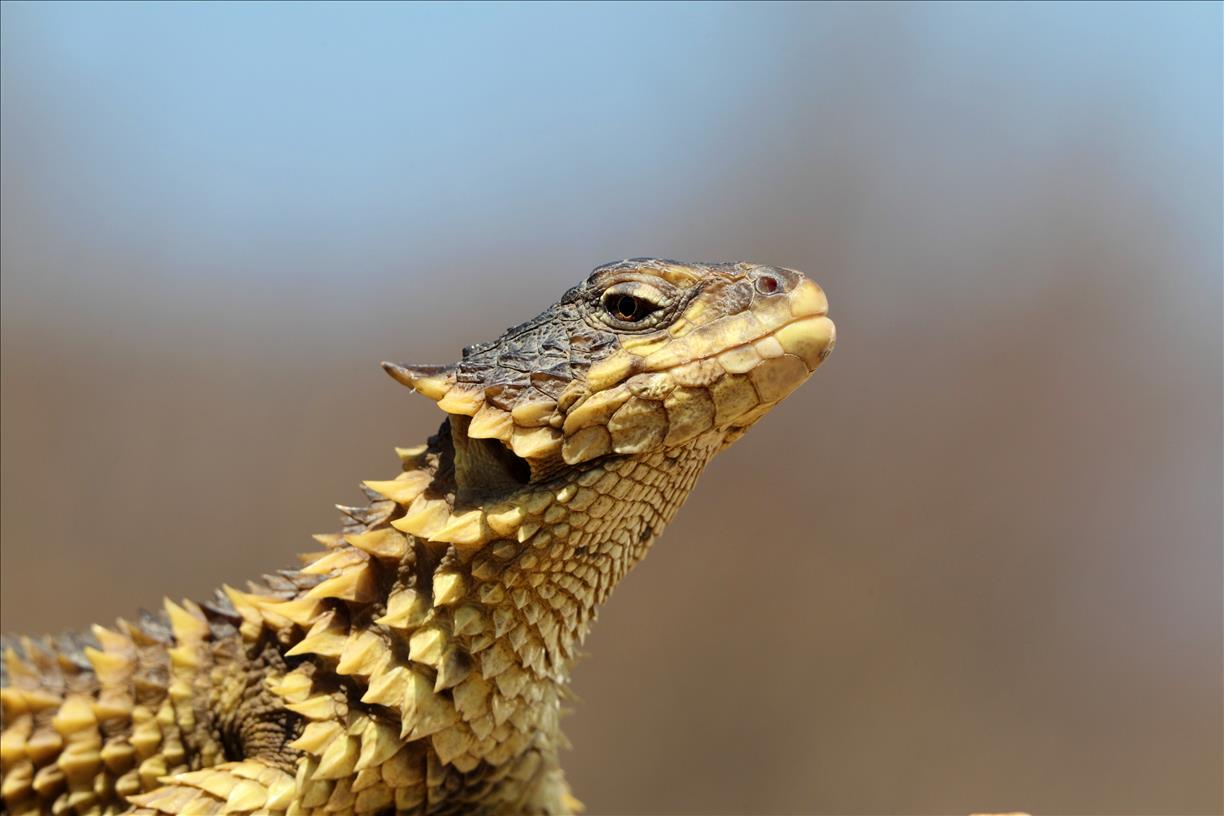 Reptiles probably don’t come to mind when you think of species that may be affected by rising global temperatures. After all, as they are often found in hot environments, they are able to withstand high temperatures and can reduce water loss through the skin.

Despite their ability to withstand high temperatures in their environment, reptiles depend on access to specific thermal environments to optimize various bodily functions. These include metabolism – conversion of food into energy – and reproduction. This means that large increases in temperature, of the kind increasingly recorded in many parts of the world, could potentially have a negative effect on reptiles.

Although more than 1600 of the world’s 9400 reptile species are found on the African continent, there has been almost no research conducted on the effect of climate change on African reptiles. This is partly because of the evasive nature of many reptile species, and also because funding is limited.

To begin to fill this knowledge gap, we investigated how higher temperatures affect the sungazer lizard (Smaug giganteus). These charismatic reptiles are endemic to the South African highveld. They are already threatened by habitat destruction and illegal collection for the pet and traditional medicine trade. Attempts to breed in captivity have not worked, further pushing the species back.

One of the primary functions of this hormone is to provide the energetic and behavioral responses needed to ensure survival. A rise in glucocorticoids is adaptive in the short term. But prolonged exposure to high levels can have negative effects. These include suppression of the reproductive and immune systems and reduced overall survival. By quantifying an animal’s glucocorticoid levels, scientists can gain crucial information about physiological stress and chances of survival.

The body of animals reacts in various ways to stress factors such as the presence of a predator, an injury or a change of environment. Physiological responses allow an organism to produce enough energy or maintain water balance to escape or recover from a stressful situation. A temporary increase in glucocorticoid secretion from the adrenal gland is only one form of response.

Read more: How predators may have shaped how some southern African lizards survive and reproduce

Once in the bloodstream, glucocorticoids are extensively metabolized in the liver; the hormonal metabolites migrate to the bile before being excreted in the faeces. As such, fecal glucocorticoid metabolites can be monitored as a reliable indicator of an individual’s adrenocortical activity. Fecal collection also requires almost no direct human-animal interaction, so it is non-invasive for animals.

Our research was carried out in a captive environment, at the National Zoological Garden in Pretoria. Because the species is already vulnerable and there aren’t many of them available to researchers, we only studied four female and two male animals.

At the National Zoological Garden, animals are kept at 27℃-30℃, which is considered the ideal range for the species. In the wild, they will of course experience a wider range of temperatures, depending on the season. For now, however, these will rarely reach the 39℃ that we’ve used as the high point here.

We divided the animals equally into a control group and an experimental group. We let them get used to their new environment at a temperature of 30℃ for two weeks. Control animals were then kept at 30℃ for another six weeks; the experimental group was kept at 39℃ for the same time. Finally, both groups were kept at 30℃ for another three weeks. Study animals were monitored by conservation staff throughout the study to ensure they were safe and healthy.

We collected daily fecal samples from all study animals and quantified their fecal glucocorticoid metabolites (fGCM). Females kept at constant temperatures showed a consistent pattern of fGCM throughout the study period. Those subjected to higher temperatures showed a sudden spike in fGCM levels immediately after a temperature increase, as well as during the return period to 30℃.

The male kept at constant temperatures did not show constant levels of fGCM during the study period. The male exposed to higher temperatures, meanwhile, showed a steady increase in fGCM levels as the study progressed.

These results tell us several things. First, the sudden spike in fGCM levels in test females after temperature manipulations suggests that the animals perceived the sudden change in environmental temperatures as a stressor. It activated their physiological stress response to restore homeostasis and ensure survival.

The story of the male tested is less positive, as he showed increased adrenocortical activity throughout the study period, even when temperatures returned to 30℃. This could indicate that male sungazer lizards are sensitive to any rise in temperature in their immediate environment, although they show only a moderate and gradual increase in levels of excreted hormone metabolites.

We don’t want to make any substantial inferences, especially given the small number of lizards we were able to test. But these results suggest that there are sex-specific differences in stress responses within the species – and a potential additional threat to sungazer lizard populations that may be subject to higher temperatures in the future. .

Follow-up studies will be needed. For example, stress responses need to be monitored in wild populations of sungazer lizards. It is also important to remember that different species will react differently to climate change, so more reptile species will need to be studied.

Wildlife veterinarian Dr. Robert Campbell is co-author of the study on which this article is based.


Legal disclaimer: MENAFN provides the information “as is” without warranty of any kind. We assume no responsibility for the accuracy, content, images, videos, licensing, completeness, legality or reliability of any information in this article. If you have any complaints or copyright issues related to this article, please contact the provider above.

Call for Animals | The star