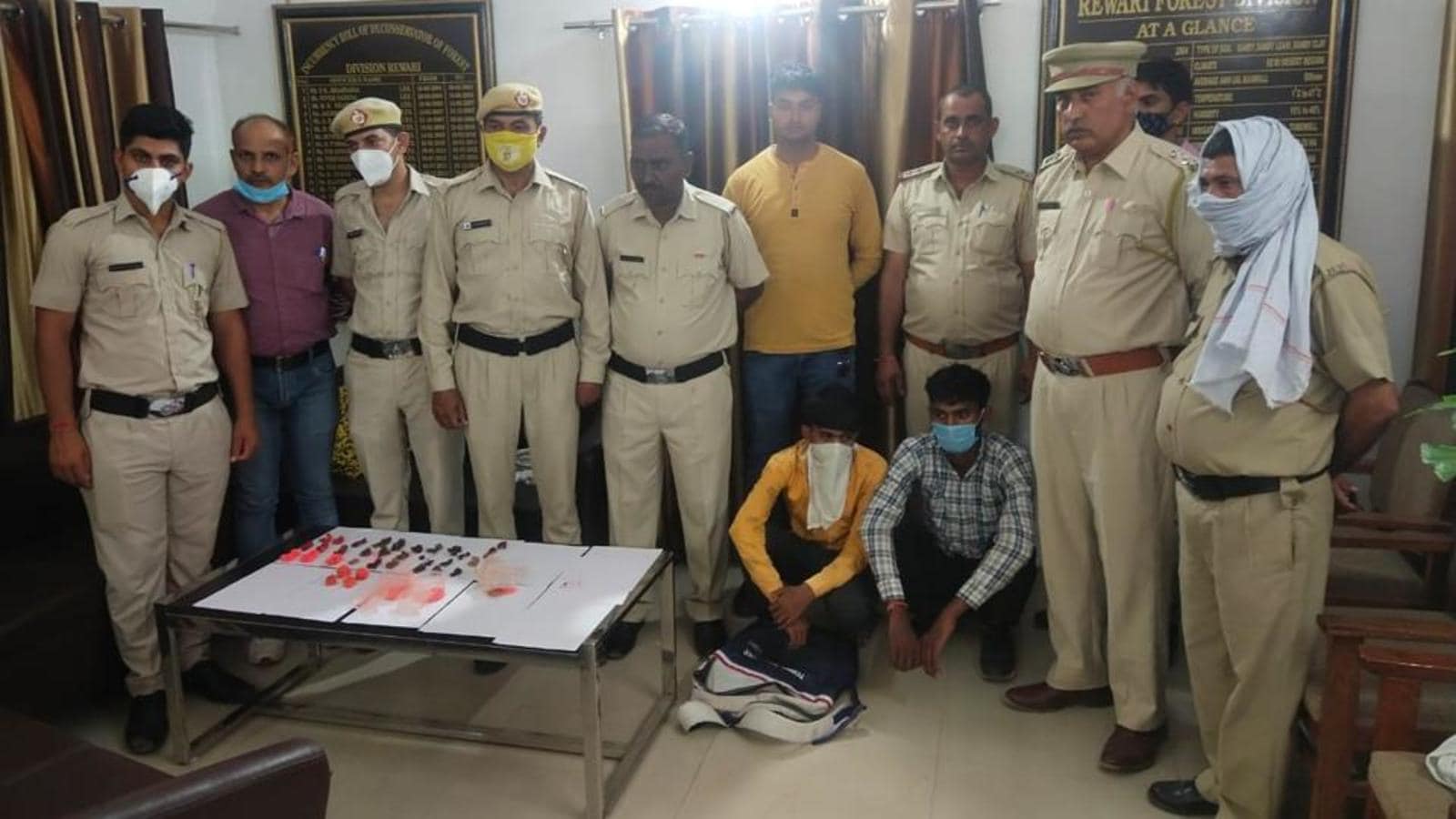 Two men were arrested Tuesday in Rewari for allegedly selling male monitor lizard and jackal genitals over the past four months via social media, together with a few Delhi-NCR astrologers, to people with superstitious beliefs, police said. The monitor lizard is a protected species under the Indian Wildlife (Protection) Act of 1972.

A joint team of police and wildlife officials from Gurugram and Rewari raided, posing as customers, and arrested them, after Rewari officials learned of the transactions.

Devender Kumar, a wildlife inspector from Rewari, approached the suspects posing as a customer and made a deal to purchase the animal parts near Rewari station and was arrested during the same period.

Officials said they operate through cellphones and social media and have no office or store to manage their operations.

The suspects were identified as Parveen Kumar and Mohit from Nangal Teju to Bawal de Rewari. Police said the team seized 30 pieces of hatha jodi (dried genitals of a monitor lizard) and four pieces of siyar singi (genitals of the jackal).

“The Wildlife Crime Control Bureau has been tracking the men for the past few weeks and providing us with intelligence based on which a raid was carried out. We suspect that there are more people involved in this illegal trade, ”said Malik.

Malik said the suspects were selling these genitals between ??500 and ??2,000 per piece. “They used to buy these items from dealers in Rajasthan,” he said.

The suspects were remanded in custody on Saturday, after being brought before the district and sessions court, officials said. A case under Sections 9, 39, 44, 49, 50, 51 and 55 of the Wildlife Protection Act 1972 was registered in Rewari on Tuesday.

The suspects were also brought before the Faridabad Environmental Court on Wednesday and remanded in custody for 14 days. Officials have said that selling, buying or possessing prohibited wildlife items is a punishable offense, for which a person can face a prison sentence of three to seven years, as well as a fine of ??10,000, in accordance with the Wildlife Protection Act, 1972.