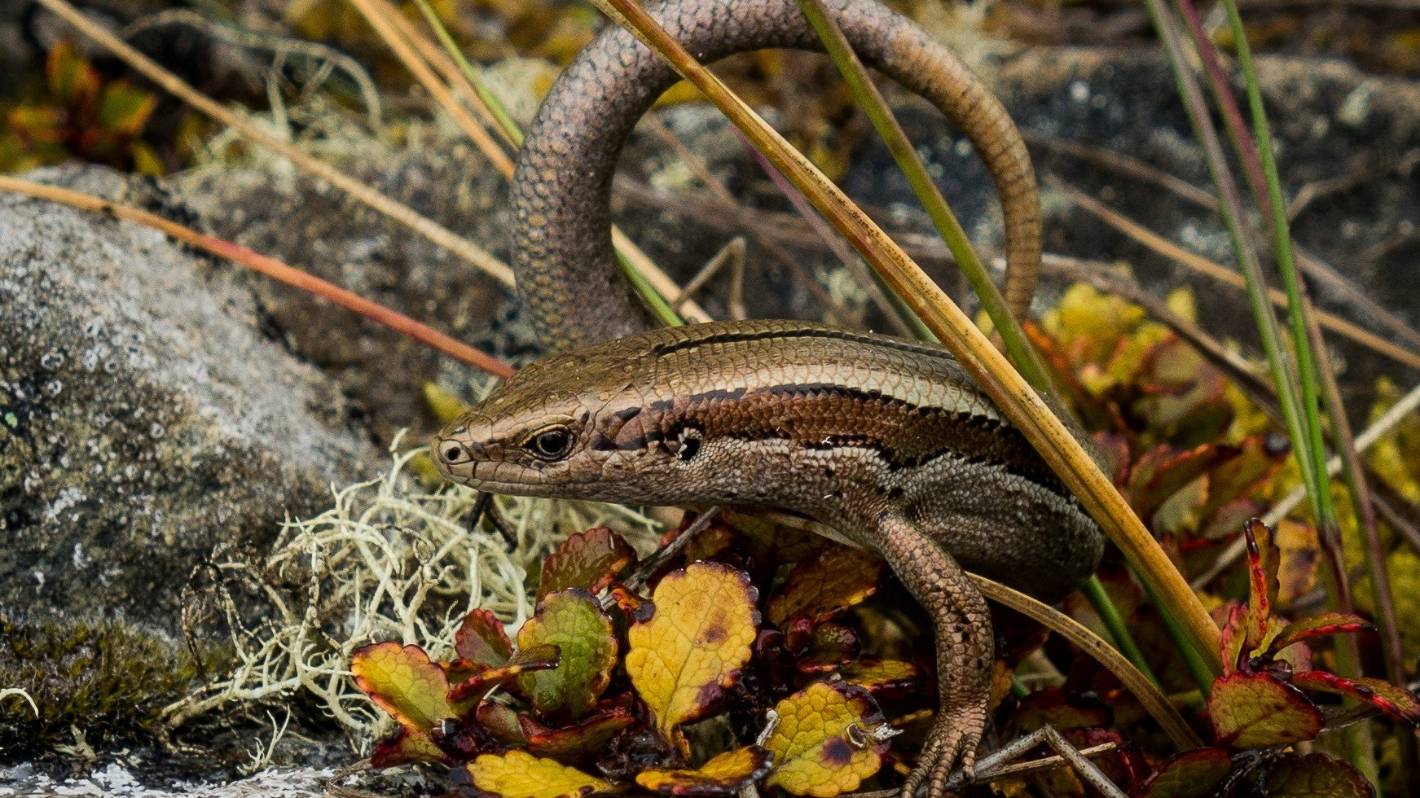 Two new species of lizard discovered on the South Island

A skink found in the Mataura Range in Southland last summer is a newly discovered species.

Genetic testing has confirmed that two new species of lizard live in two regions of the South Island.

A skink and a gecko – found in the Mataura Range in Southland and Nelson Lakes National Park, respectively – are new to science but have yet to be formally described.

The findings were made during Department of Conservation surveys in the South Island’s alpine areas last summer.

Findings have herpetologists [lizard experts] fizz and add to what is known about New Zealand’s already diverse range of lizard species.

New Zealand has 126 species of gecko and skink, including the two new species, found nowhere else in the world. They are unique and give birth to live young, unlike many lizards elsewhere which lay eggs.

“We’re still in the ‘age of discovery’ for our lizards, and we’ll likely find more as we continue our survey work this summer.”

Over the past 30 years, the number of known lizard species has nearly quadrupled due to new discoveries.

Once the last two species have been formally described, further studies will help to learn more about them, determine their conservation status and how to manage them.

Genetic testing has also confirmed that a gecko, first found in the mountains near Haast last summer, is the same one previously known only from tiny islands off South Westland. This completely changes what we know about this gecko.

In another twist, the so-called “Cupola gecko,” found at Nelson Lakes 50 years ago and then again last summer, and considered a separate species, turned out to be a morphologically distinct population of geckos. foresters – a widespread species found in the North and South Islands.

The ministry will conduct further alpine lizard surveys over the next two summers, with funding from Budget 2018 for work on little-known species.

Makaawhio Rūnanga is also involved in lizard surveys in the South Westland through the Jobs for Nature program.

Makaawhio Rūnanga President Paul Madgwick said “it’s exciting to have our group Mahaki Ki Taiao leading this kaupapa in the southwest of the country with the possibility of them discovering more species of lizards now that their eyes are more attentive”.

Around 90% of the country’s skink and gecko species are listed as threatened or endangered, and more lizard populations are in decline.

Lizards are vulnerable to a wide range of introduced predators, including mice, hedgehogs, weasels, and feral cats, in addition to rats, stoats, and possums, which cause the most damage to native birds.

The department welcomes information from the public about lizard sightings, especially in the alpine zone, which may lead to new discoveries. People are encouraged to take photos of the lizards and send reports with exact location information to: [email protected]

Two new species of lizards discovered on the South Island