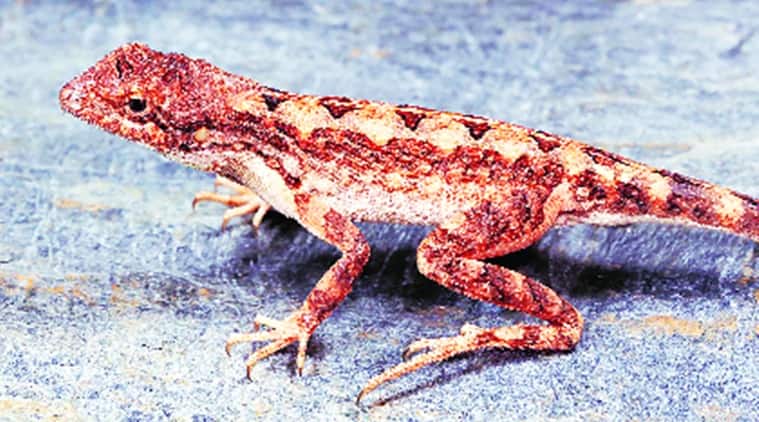 Two researchers from Mumbai were part of a three-member team from the Bengaluru-based National Center for Biological Sciences (NCBS) that discovered a new species of fan-throated lizard, Sitana dharwarensis, from the arid lands of Bagalkot district, in northern Karnataka.

The study, written by Mayuresh Ambekar (24), Zeeshan Mirza (32), from Mumbai, and Arya Murthy (17), a resident of Mangaluru, was published this week in the Bonn Zoological Bulletin. The new species is similar to a species of fan-throated lizard Sitana laticeps. But Sitana dharwarensis has a much larger throat fan or dewlap. Its distinction was confirmed after comparison of DNA sequences and micro-CT-scans of the two species.

“We encountered this species while surveying geckos. When we found a difference in the characteristics of this gecko, we documented it for the article,” Mirza said. Its name Sitana dharwarensis is derived from the Dharwar craton, a piece of the earth’s crust formed 3.6 to 2.5 billion years ago.

It is the second species discovered in the open scrub and rocky terrain of northern Karnataka after Hemidactylus vijayraghavani, a gecko. Many of these newly described species are found outside protected areas and are in danger of being wiped out.