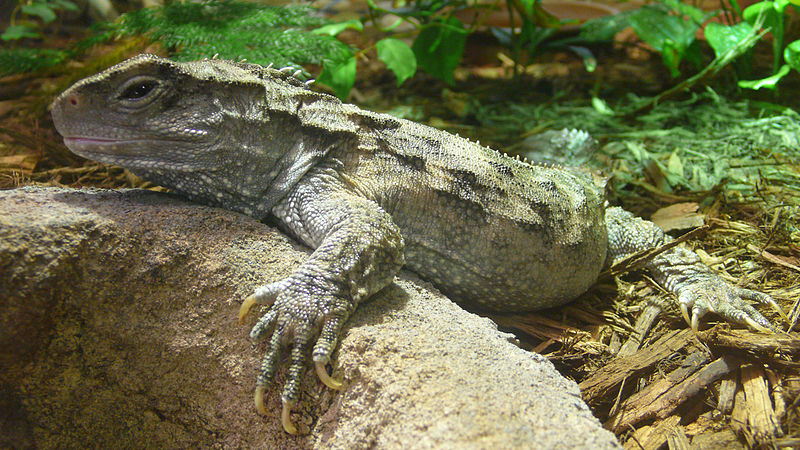 Tuataras: the discovery of fossils reveals secrets about the mysterious reptile

Tuatara in New Zealand resemble creepy iguanas. These spiny reptiles, however, are not lizards. Instead, they are the last survivors of the Rhynchocephali, an enigmatic and ancient order of reptiles that mostly perished during their Jurassic peak.

They are, without a doubt, the “eccentrics” of the reptilian world.

Tuataras can live for nearly a century, such as in cold conditions, and can shear insects, and seabirds with each other with their jaws sliding back and forth. They even have a primitive third eye behind the scales above their skull, which can help track the sun.

Tuatara is an evolutionary puzzle due to its odd features, and paleontologists have been baffled by the lack of a fossil record of its long-lost relative. Almost all Rhynchocephali disappeared by the end of the Mesozoic era, probably due to the lizards and snakes that overtook them. Many people just left dusty bits of teeth and jaws behind.

It turns out that an essential piece of this puzzle has been sitting in a museum drawer for decades. Stephanie Pierce, curator of the Museum of Vertebrate Paleontology, and her team recently discovered the nearly complete skeleton of a lizard-like animal on a stone slab small enough to fit in the palms of their hands while sifting through it. a backlog of fossils at Harvard University. Museum of Comparative Zoology.

Also Read: Recent Discovery Shows How There Could Be Three Species of T-Rex 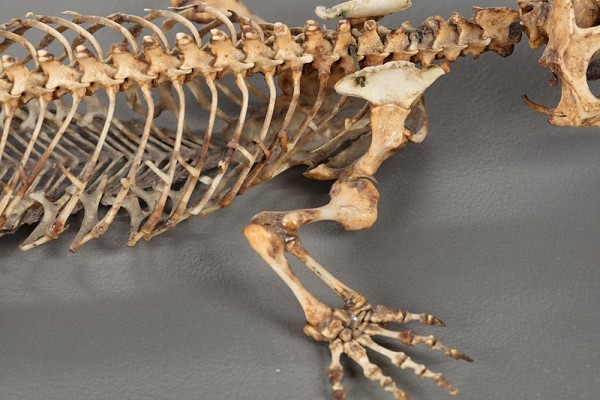 During an expedition to the Kayenta Formation, a fossil-rich outcrop in northern Arizona, the extraordinary specimen was discovered in 1982. This band of red rock was deposited during the early Jurassic era , when the dinosaurs were just beginning.

Early dinosaurs like the crested Dilophosaurus coexisted alongside heavy armor-covered crocodile-like beasts on this primordial floodplain. Shrew-like animals and this strange new reptile were scurrying underfoot.

While early mammalian fossils brought a lot of attention to the site, Dr. Pierce and Tiago Simes, a Harvard postdoctoral paleontologist specializing in the early evolution of lizards, eventually studied this species in depth.

The species was named Navajosphenodon sani in a report published in Communications Biology Thursday. The Navajo tribe, which resides in the area where the fossil was discovered, is referenced in both the genus and species names (“old age” in Navajo).

Microscanners were used to analyze the crushed fossil in three dimensions, and the flattened skull was digitally assembled like a puzzle.

Its head structure matched that of a tuatara, despite its lizard-like physique. It had rows of sharp, interlocking teeth that protruded directly from the jawbone. Two holes were also found behind the animal’s eye on the skull.

This is one of the main characteristics that distinguishes the tuatara from lizards, which have only one hole. When the tuatara bites and saws its prey, the extra hole supports the skull.

The fossil shows that contemporary tuatara bodies appeared in the Jurassic Age and did not change much in 190 million years. Dr. Simes pointed out that current tuatara jaws end in a series of fused, beak-like teeth that Navajosphenodon lacks.

Many lineages of Rhynchocephali have shown little change over their history, Kelsey Jenkins, a Yale doctoral student who specializes in early reptile evolution, says.

On the other hand, two hundred million years is a long time. “The only things that are so well preserved are horseshoe crabs and cockroaches – not a decent sized reptile,” said Ms Jenkins, who was not involved in the current study.

This lack of change, the researchers say, could be due to natural selection running amok. “Slow rates of evolution do not always imply no evolution,” Dr. Simes explained. It’s essentially the evolutionary counterpart of the old adage “If it ain’t broke, don’t fix it”.

While the discovery of Navajosphenodon adds to our understanding of tuatara evolution, much of the reptile’s past remains unknown. It will be difficult for scientists to understand why these solitary survivors have evolutionary cheat codes without further fossil discoveries.

To learn all about the animal kingdom, don’t forget to follow Nature World News!