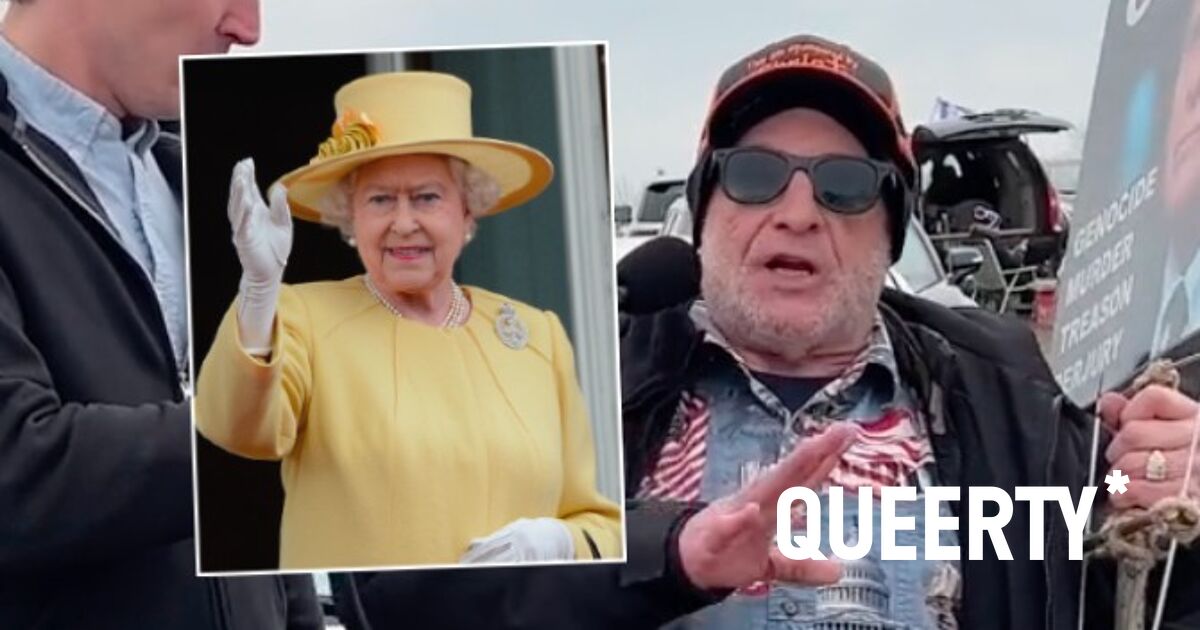 A video of a man at a Trump rally claiming Queen Elizabeth II could be a shapeshifting reptilian creature has gone viral on TikTok.

The video was uploaded by comedy duo The Good Liars, aka Jason Selvig and Davram Stiefler. The men are known to stalk right-wing extremists and anti-gay politicians.

They posted the video on TikTok last night. The man in the video seems to have trouble saying the word “shapeshifter,” but claims you can somehow tell who a shape-shifting reptile is by looking at his eyes.

@thegoodliars I spoke to a guy at a Trump rally who thinks the royals might be Reptilians. #fyp #funny #interview #tglnyc #embarrassing #reptile ♬ original sound – The good liars

The clip has been shared over 3,500 times and garnered almost the same number of comments.

“His vote counts as much as mine. Smh,” one commenter said in disbelief.

“And he will be the first to accuse Joe Biden of cognitive decline😅,” speculated another.

“Sally sells offset shafers by the sea,” another joked, to the man’s struggle to say the words correctly.

The idea that the world is ruled by powerful reptilian shape-shifting aliens was first popularized by conspiracy theorist David Icke in his 1999 book, The Biggest Secret. Surprisingly, a 2013 survey conducted by Public Policy Survey in the United States, 4% of respondents “believe that ‘lizard peoples’ control our societies by acquiring political power”.

The Good Liars have seen several of their videos go viral. Earlier this year, they tricked MAGA supporters into agreeing to the Bible being banned from schools. They told them about a book that contained the story of two girls who got their father drunk to have sex with him and get pregnant.

The horrified interviewees said that such a book should not be available in any school. At this point they were informed that the story came from Genesis 19:30-38. It’s about Lot and his two daughters, who live together in a cave.

There is a lot of talk about banning books in schools, but we were surprised that these Republicans wanted to ban the Bible. pic.twitter.com/gq4b89x2PO