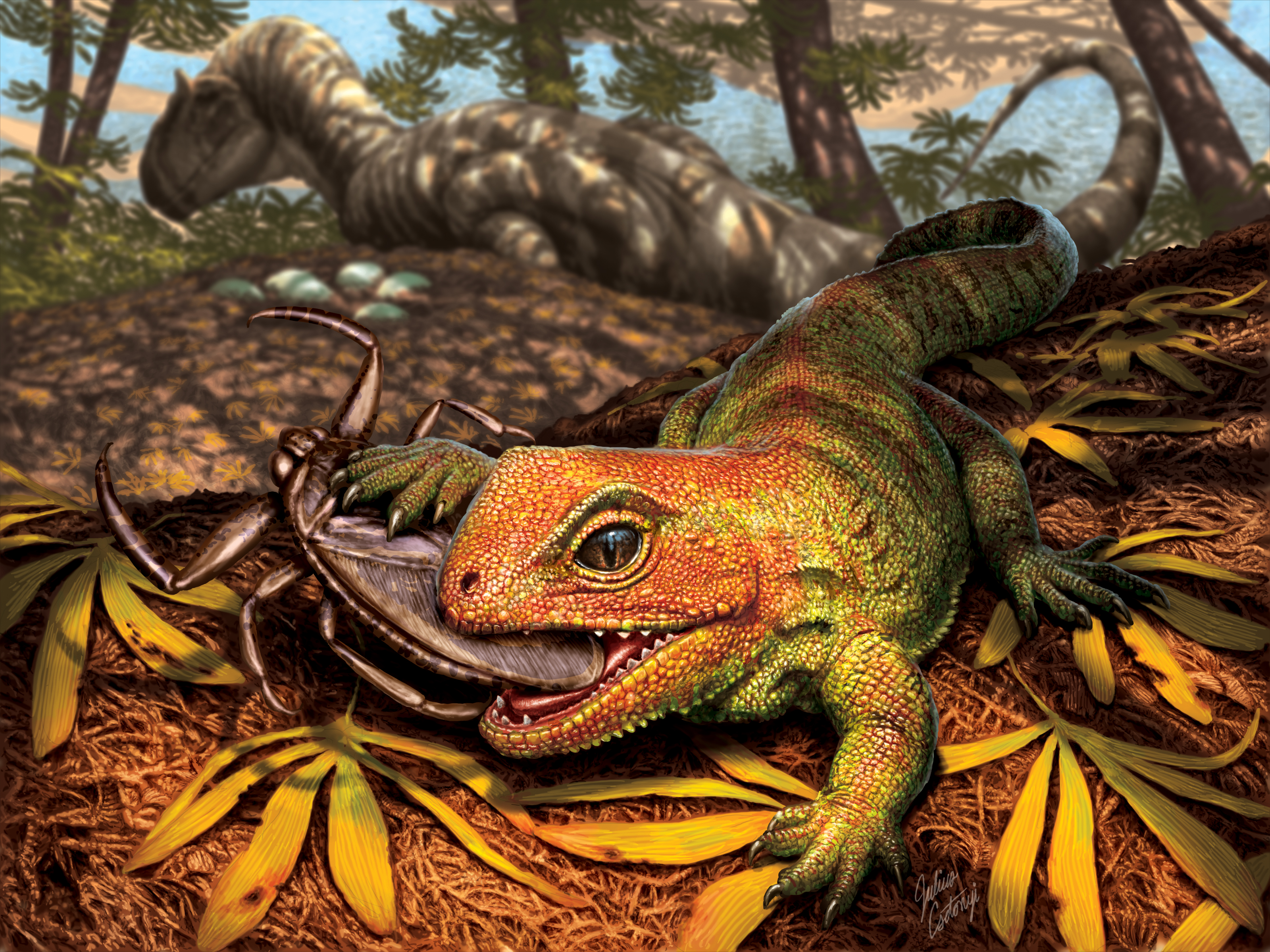 millions of years ago, in the middle of the Mesozoic, the development and diversification of reptiles began to increase. It burst into an amazing variety of reptilian shapes, sizes, structures and traits. But, while many reptiles have retained their morphological diversity over the years, many others have declined or disappeared, including the rhynchocephali and the most famous dinosaurs.

A paper published in the Journal of Systematic Paleontology claims that researchers have recently discovered and described the fossils of Opisthiamimus gregori, a new small species of extinct rhynchocephalus. It crossed the North American terrain alongside the dinosaurs about 150 million years ago.

According to the team, the discovery could solve a lingering problem in the world of reptile research. Future studies of fossil species may one day reveal why once diverse groups of reptiles have declined so dramatically over time.

Rhynchocephalians are a group of reptiles closely related to lizards, according to the research team. At their peak, around 200 to 145 million years ago, these lizard-like reptiles roamed the globe. They varied in shape and size and performed a wide variety of functions, from aquatic predator to terrestrial prey. But for some strange reason that remains a mystery to reptile researchers, the rhynchocephali quickly began to decline, moving ever closer to complete extinction.

“These animals may have gone extinct in part because of competition from lizards, but possibly also because of global climate change and shifting habitats,” says research team member Matthew Carrano and curator of dinosaurs at the Smithsonian National Museum of Natural History. a Press release.

In fact, only one species of rhynchocephalus, Spotted Tufted Tufted, still survives today. Similar in appearance to a stocky, stocky iguana, this species – commonly known as a tuatara – provides one of the only ways scientists can study the winnowing of rhynchocephali.

The discovery and description of O. gregori opens up another valuable source of information that the researchers believe may one day show why the rhynchocephali declined into a single surviving species.

“It’s fascinating to watch the dominance of one group give way to another group during evolution,” says Carrano in Press release. “We still need more evidence to explain exactly what happened, but fossils like this are how we’re going to put them together.”

Found at a site in Wyoming, the small fossil specimen exhibits almost all the O. gregori skeleton, except for sections of its tail and legs. According to the research team, this makes the specimen particularly valuable, as most fossils of a similar size are found broken or in fragments through the difficult process of fossilization or the wear of rocks over time.

Choosing to take full advantage of the completeness of the fossil, the team scanned the specimen from an assortment of angles to create an almost fully complete digital rendering. This rendering, in turn, revealed that O. gregori reached about 6 inches in length and probably lived on a constant stream of insects and other small invertebrates. The rendering also revealed that the rhynchocephalic species looked surprisingly similar to the surviving tuatara, despite being about five times smaller.

“Such a complete specimen has enormous potential for making comparisons with fossils collected in the future and for identifying or reclassifying specimens already sitting somewhere in a museum drawer,” concludes David DeMar Jr., another member of the team and researcher at the Smithsonian National Museum of Natural History, in a press release.

This ancient reptile is not a lizard. Don’t call him a lizard