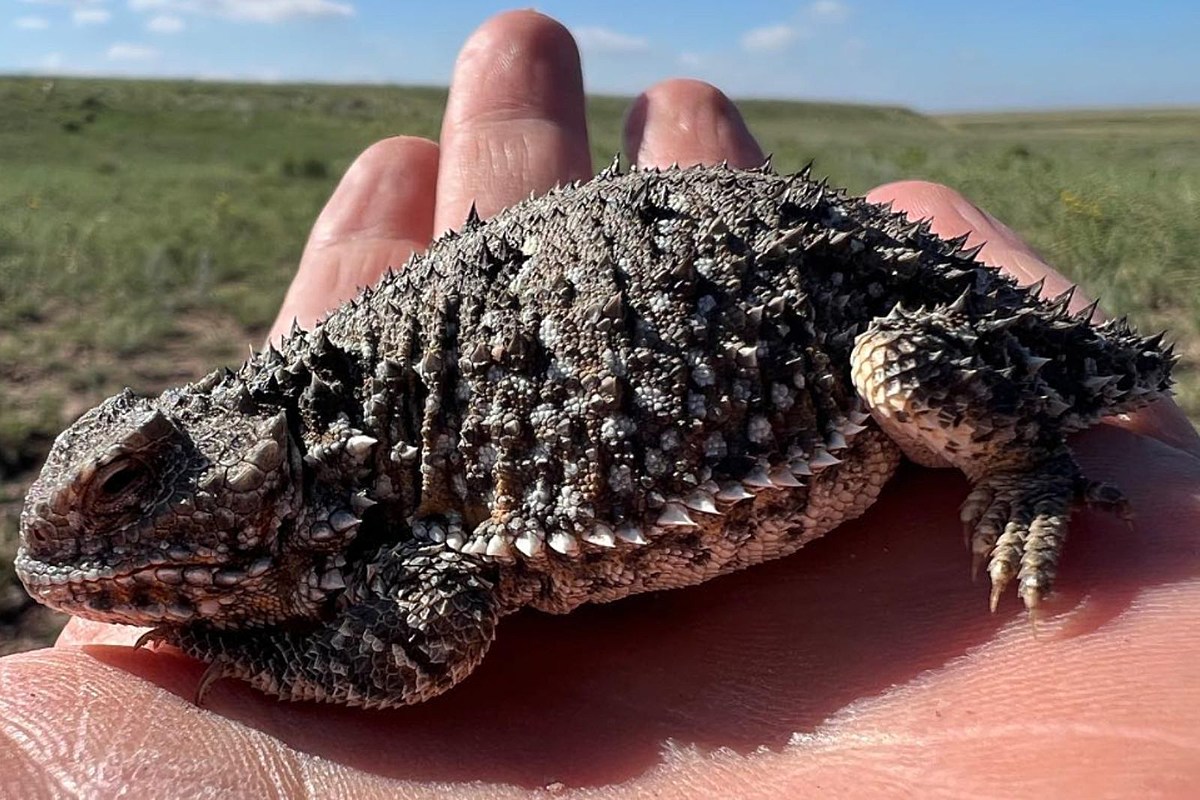 This dinosaur-like reptile lives in Colorado

Northern Colorado is home to hundreds of different wildlife species. From the tiniest of amphibians, such as northern leopard frogs, to massive mammals, like moose and elk, all manner of animals live in the upper region of the Centennial State.

Certain types of wildlife are more frequently sighted than others. And for some animals, you have to search very hard; even then, it’s still easy to miss them.

Horned lizards are one of many species of reptiles found in northern Colorado, but encountering these cold-blooded creatures is fairly rare unless you really look.

According to CPW, Three types of horned lizards live in Colorado: round-tailed lizards, Texas horned lizards, and large short-horned lizards. The last of the three would be most commonly found in the short-grass prairies and foothills of northern Colorado.

These spiny reptiles are sometimes called horned toads due to their body shape and resemblance to the actual amphibian. Their bumpy, scaly skin helps horned lizards defend themselves and blend in with their surroundings. Although they look like small monsters, horned lizards are completely harmless to humans. These lizards feed mainly on ants and beetles, as well as other small insects, and sometimes even snails. On the other hand, they make a tasty snack for coyotes and birds of prey.

Earlier this summer, the City of Fort Collins shared some photos of some Horned Lizards that were in the Soapstone Prairie Natural Area. They are also known to reside at Cathy Fromme Prairie, which provides an ideal short-grass prairie habitat for these prehistoric-looking animals. Other Front Range residents shared photos they took of these spiny reptiles in the area, which are archived here.

It is quite rare to see these types of wildlife in Colorado.