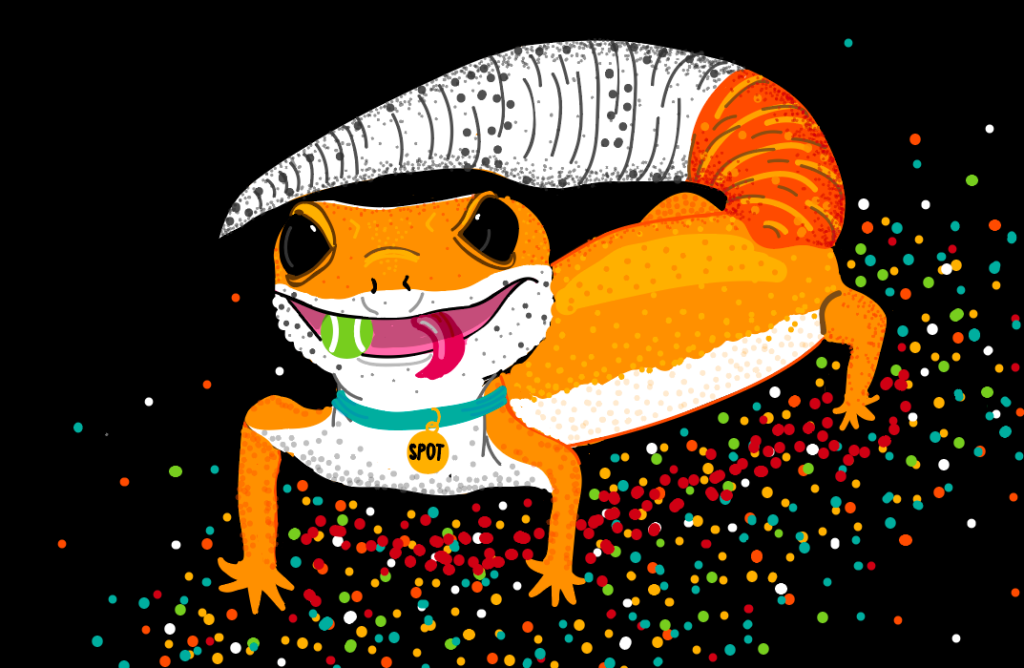 We share this planet with a diverse population of organisms, and our reptilian friends are some of the most unique and interesting species. Their noble forehead is raised above the piercing and knowing eyes.

I wondered which were the three species of lizards that deserved the most praise and fame. Through rigorous testing and extensive research, I have formed the following subjective opinions:

Informally known as “Chubby Cheeks”, it is a favorite of many enthusiasts. It is the largest lizard in the tegu family and this species is no stranger to human interaction. With proper care and practiced exposure to human affection, this species of lizard can easily become a couch companion or scaly cuddle bear. This tegu is the cutest due to its plump cheeks, which give it a unique appearance in the “lizard” community.

Leopard geckos are tiny little guys whose faces are always lit up with optimism. This scaly baby can live a long time and is a good starting lizard for hobbyists due to their rugged nature. A nocturnal species, the leopard gecko does not require special lighting unlike other lizards. In addition, this species adapts easily to the human hand and can be handled more regularly than other species of lizards.

Another adorable aspect of the leopard gecko is that when several live together, they often pile on top of each other. Some might say it’s a show of lizard dominance on top, but I like to think it’s to satisfy the need for cuddles and warmth.

It’s one of my favorites. The Bearded Dragon just seems to be having a good time – his facial features are always distorted in a way that demonstrates relaxed demeanor and genuine happiness. If you have any doubts about the cuteness of the bearded dragon, you must watch a video of one trying to running on a hardwood floor AS QUICKLY AS POSSIBLE. Beardies are omnivores and want an eclectic menu that includes a daily vegetable side.

According to American Pet Products Association, 68% of households in the United States have pets, but only 4% of them are reptiles. I think one reason for this is that some reptile species have requirements that new hobbyists are unable to meet, either due to the biological demands of the lizard or the financial demands of the hobby itself.

Like being the proud parent of any pet, raise a reptile forces you to educate yourself about your scaly baby’s needs and wants. For example, many species of young lizards are carnivorous and need to eat insects daily, but as they reach adulthood their feeding schedule shifts to every other day. Other lizards such as chameleons require lighting and humidity levels that can be expensive to implement, but are necessary to create the ideal habitat.

A downside of owning a reptile is that most species don’t like being handled by their keepers. These species are delicate and are easily stressed by excessive physical contact. For some, it’s the kicker – many want to cuddle and interact with a lizard as if it were a puppy, but I assure you they’re just not interested in your affection.

If you are interested in becoming a reptile lover, be sure to familiarize yourself with the needs of your ideal lizard. Not knowing enough about your new friend’s expectations could jeopardize their quality of life.