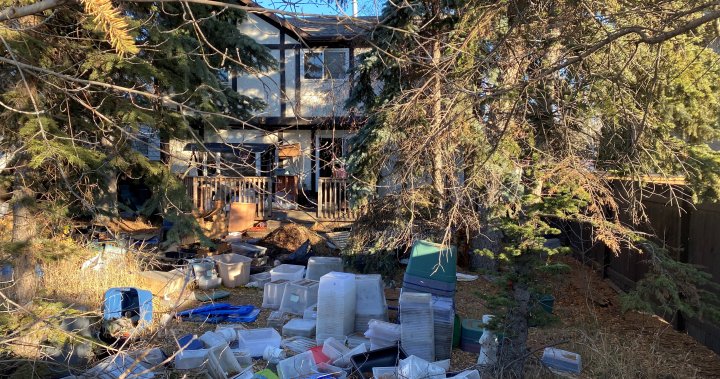 ‘These animals are so often demonized,’ comments Alberta reptile community after fire – Edmonton

Some people from Alberta’s reptile community are speaking out following a house fire on Wednesday where large numbers of reptiles were found dead.

At 12:01 p.m., the Edmonton Fire Department was called in to a fire in a single-family home in the area of ​​20 Avenue and 112A Street. The blaze was brought under control at 12:35 p.m. and the EFRS said no humans were injured.

According to information received Wednesday afternoon from a spokesperson for the city of Edmonton, “more than 1,000” reptiles have been found. However, it was still unclear exactly how many reptiles were found dead, what type of reptiles they were, or how they died.

Peter Daly, professional biologist and president of the Edmonton Reptile and Amphibian Society (ERAS), said Thursday the number was likely much smaller than that.

“There weren’t thousands of animals involved. There were several dozen. I find it hard to say exactly how much.

Daly was called to the scene on Wednesday as a subject matter expert and ERAS chairman. He also said he knew the owner and the man kept, raised and sold reptiles.

Most of the reptiles found dead were a variety of small lizards, frogs and small “harmless spiders,” according to Daly.

A spokesperson for Animal and Pest Control said on Wednesday 10 turtles and a leopard gecko had been taken care of.

Daly said many of the containers that housed the reptiles were covered in soot and it would have been difficult to distinguish the plants and insects used as food from the reptiles.

“The owner also had a bunch of little tubs that were used to propagate small plants. So if they look at tanks that obviously contain reptiles and scan to see tanks with plants, that’s a natural guess to make, ”Daly said.

Regardless of the exact number of reptiles killed, Daly said keeping dozens or more of reptiles in a home can be done safely and shouldn’t be a concern for neighbors.

“Just because it’s not your cup of tea doesn’t mean it’s something scary people need to worry about,” Daly said.

“These are animals that are demonized so often that it is very often that things get sensational and get out of hand.”

Daly said he keeps around 100 reptiles, amphibians and arachnids in his own home and that together they are “less work to care for than a single dog.”

Vanan Kesavan has been in the reptile industry for over 20 years and recently opened a new store in Redcliff, AB called Reptiles West. He said that this fire is a tragedy that strikes close to home.

“We are in the business of sales. I am in the trade. But we are also animal lovers, this comes first. So it’s hard to swallow.

Kesavan also knows the owner involved in the fire and has been in contact with him.

“We have a very close-knit community. The community will come together and support him in any way they can because it could happen to anyone. “

Daly said Edmonton does not have rules about how many reptiles a person is allowed to possess and that anything dangerous is made illegal under the Alberta Wildlife Act.

“In terms of public safety (in terms of the number of animals), there is nothing to say about this situation at all,” Daly said.