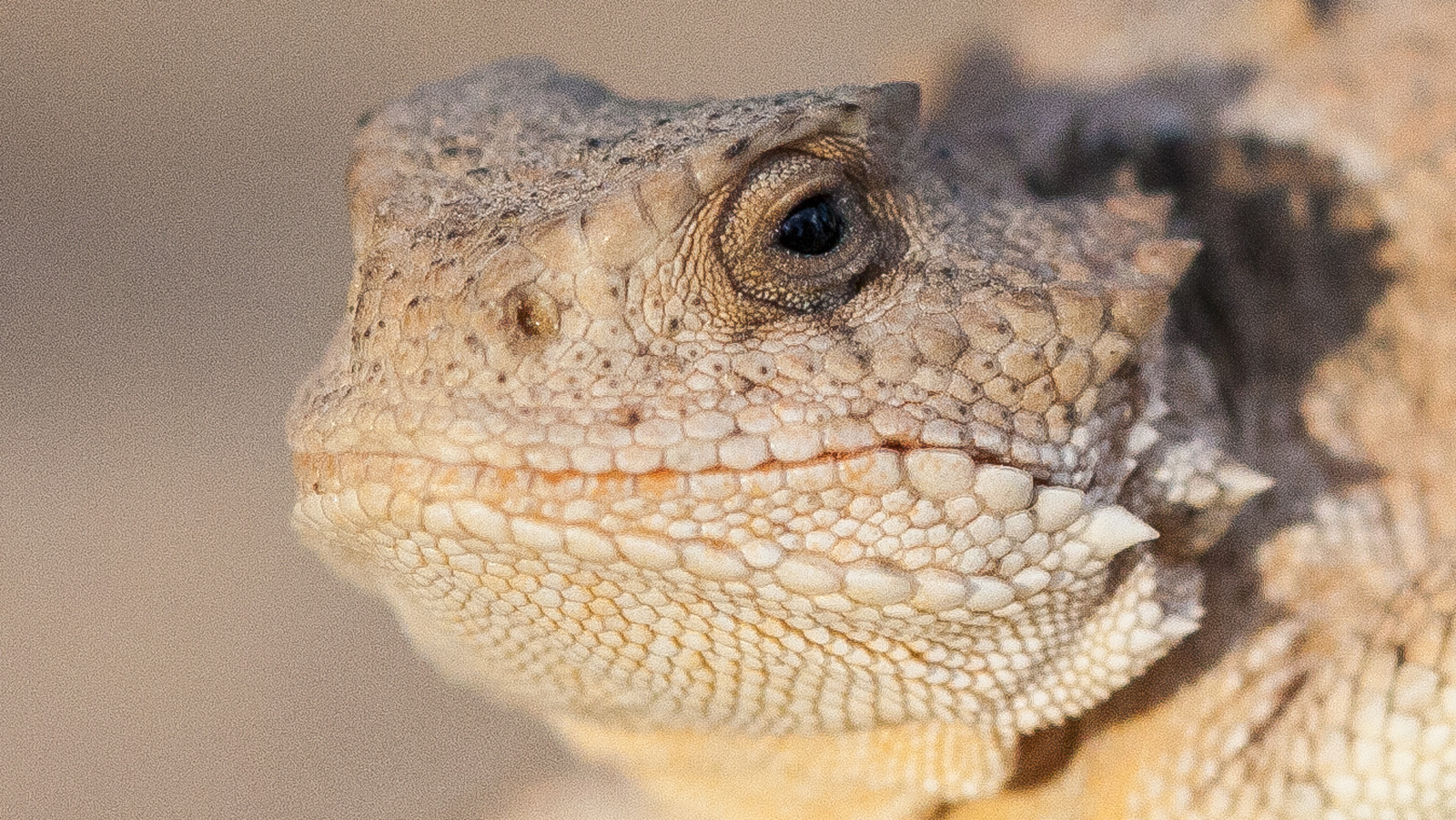 Also called the horned toad, the short-horned lizard can be easily identified by its horns. In addition to two spines on its head (via Texas Parks & Wildlife), a series of bumps can be found along the lizard’s back, according to National Geographic. There are also dark brown stripes on the lizard’s head, although its overall skin color may appear more yellow or gray. The colors are designed as camouflage to help the reptile blend into its arid, desert environment. They measure from 2.5 inches to six inches in length. The horned toad can be found in dry areas of the United States, Canada, and Mexico, where it hunts for ants and other insects to eat.

The short-horned lizard also has many predators, according to National Geographic. To defend itself, the lizard uses unique defense mechanisms. One is inflation: much like a pufferfish, the horned lizard has the ability to blow itself up until it appears much larger than its usual size, to trick predators into thinking it is is too big to cut down. And, of course, there’s the matter of the blood conduits in his eyes.