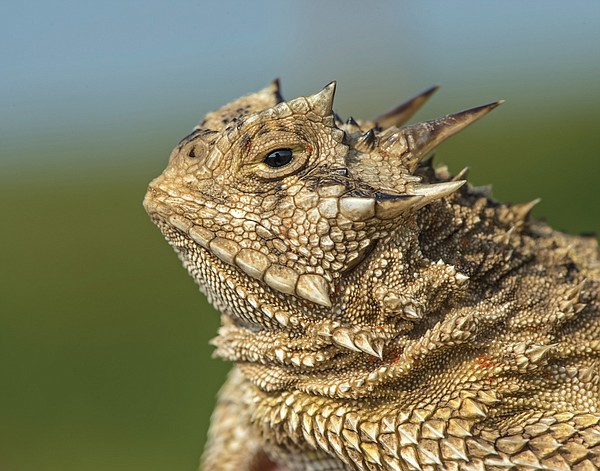 FORT WORTH – Once common, the Texas horned lizard is now one of more than 1,300 species of concern across the state.

But there is good news for the little “horned toad”. A coalition of zoos and wildlife scientists released 204 captive-bred hatchlings into the wild on Thursday (100 of them hatched at the Fort Worth Zoo), and it follows new evidence this year that previously released lizards are now breeding.

Meanwhile, a landmark bipartisan proposal pending in Congress, the Recovering America’s Wildlife Act, would provide the resources needed to save this species and hundreds like it.

Last August at the Mason Mountain Wildlife Management Area, after years of releasing captive-bred hatchlings, biologists and graduate students from the Texas Department of Parks and Wildlife discovered a milestone .

They found 18 hatchlings believed to be the offspring of zoo-bred hatchlings released in 2019. To their knowledge, this is the first time captive-bred horned lizards have survived long enough to breed successfully in nature.

For more than 10 years, the Texas Horned Lizard Coalition, which includes the Texas Parks and Wildlife Department, Texas Christian University, and zoos in Fort Worth, Dallas, San Antonio, and elsewhere, has studied how to restore Texas horned lizards to formerly occupied habitats. Reintroduction efforts have taken place at TPWD’s Mason Mountain and Muse WMAs, where extensive habitat management and restoration has provided vital “new homes” for the lizard.

The researchers tried to transfer adult lizards, capture them in the wild, and then release them on the WMAs. This provided a wealth of valuable data, but it also highlighted challenges. Many displaced lizards died, killed by predators. Normal wild mortality ranges from 70-90% and scientists have seen this with translocated adults. Additionally, capturing and transferring enough adults to the wild to establish self-sustaining populations may prove unsustainable in the long term.

The Fort Worth Zoo has developed the breeding and husbandry protocols necessary to successfully breed and care for these animals in managed collections. These practices have since been implemented and modeled at several zoos across the state. The Fort Worth Zoo has the longest-running captive breeding effort in Texas, and in fact, the zoo hatched its 1,000th Texas Horned Lizard just last week.

Biologists remain optimistic that continued research and restoration work will ultimately lead to self-sustaining wild populations of Texas horned lizards. But they say the Recovering America’s Wildlife Act would provide the funding needed to make that dream a reality.

Remove the “shameful part” of the female anatomy