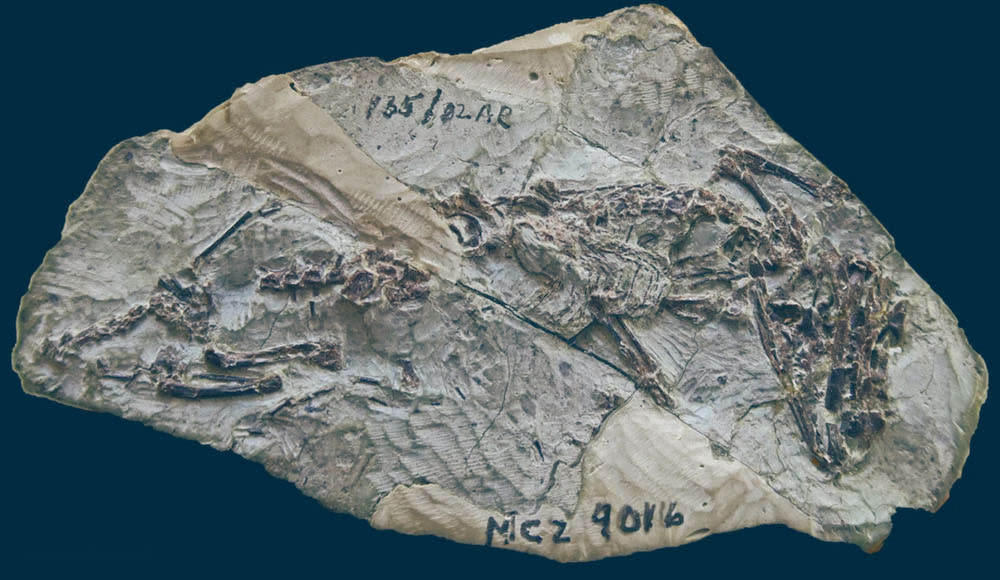 What is the tuatara in fact, it dates back as far as the dawn of the dinosaurs. This mysterious creature (which is also one of New Zealand’s flagship animals) belongs to a group of reptiles known as sphenodontians, which are thought to have spawned 230 million years ago, at around the same time that monsters somewhat related to him began to roam. Earth. A fossil of an extinct sphenodontian has revealed that the lineage of the tuatara itself goes back almost as far – 190 million years ago.

Sphenodontians crawled during the Middle to Late Triassic, and it is thought that they may have emerged even earlier than that, around 259 million years ago during the Upper Permian, and held on for some time. Now only the tuatara remains. Paleontologist Tiago Simões was part of the team that identified the incredibly preserved fossil (above) and others as belonging to the new species, tuatara’s predecessor Navajosphenodon sani. He led a study recently published in Communications Biology. Why no other sphenodontians exist yet remains unknown.

“We don’t have the data yet to know how they managed to survive for so long with such restricted diversity,” Simões told SYFY WIRE. “Without enough fossils, we cannot yet know where they lived and how they arrived in New Zealand at any point in the past 66 million years.”

Navajosphenodon sani is the oldest known direct ancestor of the tuatara. The nearly complete fossil that has been unearthed is the holotype, or single specimen on which the identification of this species is based. More scattered fossils of Navajosphenodon teeth and bones have also been found in the same formation, the Kayenta Formation in Coconino County, Arizona.

To see how this sphenodont species was related to others without any surviving DNA, Simões and his team used several types of Phylogenetic analysis. These methods include how organisms evolved and the evolutionary relationships they have with other organisms that all descend from a common ancestor.

Something that could have made the tuatara the only survivor is the exceptionally slow evolution of its genome. You’re pretty much looking at a reptile whose ancestors didn’t change much as other prehistoric creatures emerged, morphed and ruled the world before they died out, and kept on crawling as human empires whole rose and fell. The Navajosphenodon fossil is proof that the tuatara’s body plan hasn’t really needed any upgrades in ages.

“One of the peculiarities of tuataras is the way they chew,” Simões said. “They have a precise mode of interlocking teeth and temporal bones designed to reduce stress when biting hard. Navajosphenodon shows that both mechanisms had already evolved 190 million years ago.

If something works evolutionarily, an organism will go with it. This could explain why both morphological and molecular evolution tuatara were so slow. Morphology, which encompasses the internal and external structures of organisms, such as the tuatara’s jaw, generally evolves as developmental genes change. Occasionally mutations can also cause a sudden leap in morphological evolution. Molecular evolution is involved in changes at the cellular level, including those that affect DNA, RNA, and the proteins that make them up.

However, it doesn’t matter that there are no other living species of sphenodontians, but there is only one species of tuatara, Sphenodon punctuatus. It never branched out beyond that. Simões thinks that most sphenodontians, including those that would give rise to the tuatara, remained in the southern continents for some reason, which could have something to do with the lack of diversification. Navajosphenodon may be a prehistoric relative, but it is not another type of tuatara. This creature is what it is – and no one knows why.

“We know that there were slow rates of evolution in sphenodontians, especially in the lineage leading to the modern tuatara,” he said. “Yet it’s a mystery why they’ve been so limited in diversity for so long.”