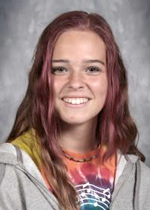 the endangered feline animal in Madagascar

The Sheridan Students column is introduced to readers by the Grade 10 English class at Sheridan High School, taught by Abby Williams.

Fossas are not the best known animal, but in Madagascar they are often seen. They live in all parts of Madagascar but tend to stick to the forests. Fossas particularly like wet or dry areas. They colonized the island 18 to 20 million years ago. This species is considered Vulnerable under the Endangered Species Act (ESA).

The Fossa has a slender body and a long tail that resembles a mongoose. Their name comes from the Greek word cryptoproct which means “hidden anus”. Similar to squirrels and cats, Fossas have semi-retractable claws. This helps them move quickly through trees while climbing.

Even though there are 2,500 Fossas left in the wild, the villagers are not a fan of the creature and do little to protect them. They see Fossas as pests and consider them dangerous. Also, the children hear stories of Fossas killing all the chickens and putting down the fires. This causes the villagers to eliminate any Fossa that approaches.

Another reason Fossa’s population is steadily declining is due to the removal of 90% of the forests. At the current rate of deforestation, by 2060 all of Madagascar’s forests will be gone. Although the Fossas have no natural predators, humans pose a danger. They have a defense mechanism that helps against humans. When Fossas are threatened, they release an unpleasant odor that scares away predators. 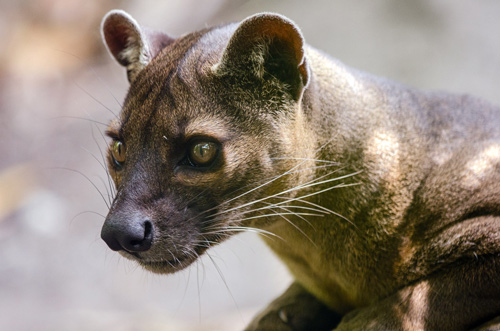 Over 50% of Fossa’s diet consists of lemurs, while rodents and lizards make up 9%, seeds 5%, and birds 2%. They hunt both on the ground and in trees. Fossas hunt in a pattern known as catthermal. This means that they peak at certain times of the day, normally in the morning, afternoon and evening.

Fossa breeding is very intriguing. While a female is sitting in a tree, she is waiting for a male. Once one arrives, she decides if he is dominant enough to mate with. Females usually have a gestation period of three months or 93 days. The number of offspring is usually two to four but, on rare occasions, six. Babies are born without fur or teeth and weigh 3.5 ounces. Development is often slow and the young remain with their mother for one to two years.

La Fossa can be pronounced in different ways: Fuh-Sah, Foo-sah and foosha. According to the San Diego Zoo Wildlife Alliance Library, the origins also come from France (cryptoprocta), Spain (Gato fossa from Madagascar) and Madagascar (Kava’hy and Kintsa’laViro (Richardson). The order of taxonomy is Animalia , Chordata, Mammalia, carnivora, Eupleridae, Cryptoprocta Chenu, Eupleres, Chryptoprocta Bennett and Cryptoprocta Feres Bennett. There is only one species of Fossa and limited variations in size and appearance (Wikipedia). The mongoose and the pit have evolved from the same ancestor who arrived about 21 million years ago in Madagascar.