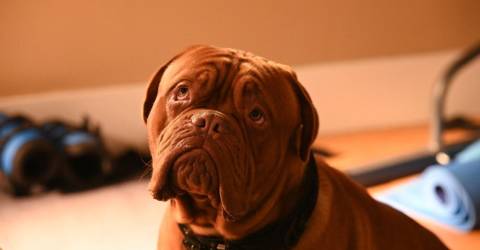 Disney plus Turner and Hooch is the sequel to the 1989 film of the same name. Actor Josh Peck as Scott Turner, son of Detective Scott Turner played by Tom Hanks in the old film, wears the mantle.

Scott Turner is an ambitious American Marshal who inherits a large unruly dog ​​named Hooch. When he hasn’t been able to convince anyone else to welcome the dog, he reluctantly becomes its owner and gradually realizes that Hooch may be the mate he needs.

A roundtable interview with the cast revealed how much they love their animal co-stars who were instrumental in bringing the series to life.

Actress Lyndsy Fonseca who plays Laura, Scott’s sister, recalled that there were so many other animals on set than the five dogs playing Hooch.

“We also have a lot of lizards on the show,” said Fonseca, to which VelJohnson added, “lizards and iguanas. All kinds of stuff. It was cool. I remember this iguana sitting behind me and I almost sat on it.

“I think his name was Bob,” replied Fonseca. Actor Jeremy Maguire (who plays Laura’s son Matthew) agreed, “He (the iguana) was so cute.”

For Josh Peck who stars as Scott Turner, he was thrilled to be able to continue the role first played by Tom Hanks. “If you notice Tom Hanks in the original, he wears a bit of ’80s goodness in this movie. They were incredible pieces, ”said Peck.

So, as a tribute to the character, the series even included a few pops of color in Peck’s character wardrobe, which the actor thought was great.

When it comes to working with the five dogs who take turns playing the role of Hooch, Peck said that each dog brings something special to the show, and it’s so easy to fall in love with them.

“The dog named Obi is kind of our statesmen because he was older and moved rather slowly. Obi is really good at doing so many things, ”said Peck.

“The other dog named Hammer would literally pull my arm out of the grip. He was pulling and running so hard, but he had such a great animation talent,” he added.

“[Mimi] was used a little less because she’s smaller in stature, but she was actually the smartest. So I was thrilled because this female dog was the wisest and the smartest according to the trainers, ”said Tobin.

Peck agreed, saying, “It was true. One hundred percent. Mimi was like our specialist, if we needed her, like removing something from the table. If she had weighed 40 pounds heavier, that would have been the Mimi show. Turner and Mimi.

According to actress Carra Patterson, who plays Jessica on the show, animals were really the stars of Turner and Hooch. While filming the show’s pilot, director McG had to change camera angles to try and make it work, as dogs have minds of their own.

“We just have to follow Hooch and Scott gets shot. McG was like, ‘This is great! This is the show. It’s Turner and Hooch, so everyone got down to it when we realized that was how it was going to be every episode. We never knew which direction Hooch was going to go, ”Patterson said with a laugh.

Socket Turner and Hooch on Disney Plus Hotstar.

Shelter for 20 horses, other animals