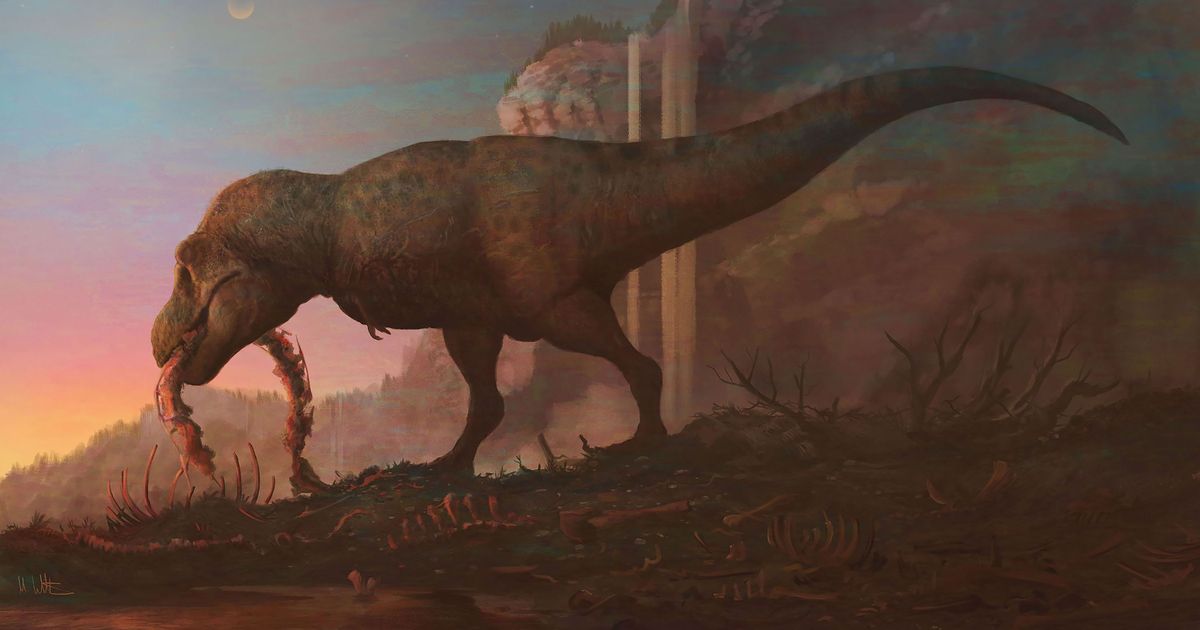 The world’s most iconic dinosaur is going through an identity crisis.

In February, a team of scientists postulated that Tyrannosaurus rex was actually three separate species. Instead of there being just one sovereign “tyrant lizard king,” their article argued for a royal family of oversized predators. Joining the king in the genus Tyrannosaurus would be the bulkier and older emperor, T. imperator, and the slimmer queen, T. regina.

The proposed reclassification of T. rex hit the paleontological community like an asteroid, sparking heated debates. On Monday, another team of paleontologists published the first peer-reviewed counterattack.

“The evidence was not compelling and needed to be addressed because T. rex research goes far beyond science and into the public sphere,” said Thomas Carr, a paleontologist at Carthage College in Wisconsin and author. of the new rebuttal. “It would have been unreasonable to let the public think that the multiple species hypothesis was a fact.”

The previous team of researchers anticipated the rebuttal, which was published in the journal Evolutionary Biology. Gregory Paul, one of the authors of the original study, is working on another paper and claims that many of the claims in the rebuttal are outlandish.

“I don’t like flat earth because the evidence is against it,” said Paul, who is an independent researcher and influential paleoartist. “It’s the same here: the evidence points very strongly to multiple species.”

This far-reaching taxonomic debate seems destined to rage on for ages. Which is not surprising given how difficult it is for researchers to tell prehistoric species apart. Without dinosaur DNA, the lines between one fossil species and another are messy. Paleontologists therefore measure different traits, such as the size and shape of a particular bone. However, fossils can be misleading, as spending eons buried underground can warp bones. And that’s before considering how sex differences, injuries, disease, and natural variations sculpt bones over the animal’s lifetime.

In living populations, distorted traits are balanced by large data sets. But the sample sizes of even well-known dinosaurs like T. rex are tiny, according to Philip Currie, a paleontologist at the University of Alberta who was not the author of either study. “The fundamental problem is that while the ballpark estimate of 100 known Tyrannosaurus specimens may seem like a lot, it’s not enough,” Currie said.

With paleontologists forced to decipher these fragmented puzzles, the terrain is littered with mistaken identities and extinct species names. And even legends aren’t immune – the T. rex’s fossil enemy, Triceratops, had its own naming drama in 1996 when scientists split the three-horned herbivore into two species.

But perhaps no scientific name is as sacred as Tyrannosaurus rex. Since being named in 1905, the world’s most studied dinosaur has kept its nickname. But the recent study by Paul and his colleagues threatened to send shockwaves through museum halls by renaming their star attractions.

Several scientists immediately had their doubts. The initial study focused on the crowding of Tyrannosaurus femurs and the existence of two sets of incisors protruding from the predator’s lower jaw.

In the rebuttal study, Carr claims that no traits are distinct from any of the purported species of Tyrannosaurus. “The allegedly different characteristics between the three species actually overlapped,” said Carr, who published a meticulous study examining the traits of more than 40 T. rex specimens in 2020. “There was no clean break between different species – we need to have a higher standard than that.” He adds that several well-preserved Tyrannosaurus specimens do not fall under any of the proposed species due to their teeth and heavy femurs.

They also aim to pierce the statistical analyzes used in the original article. According to James Napoli, a paleontologist at the American Museum of Natural History in New York and co-author of the rebuttal, the statistics used were misleading because the authors defined the number of species they expected before launching the tests.. “It’s a great test if you’re trying to predict which individuals belong to which group and you know how many groups are in your data,” Napoli said. But using it to find distinct clusters is less useful because “it will always cluster data into the number of clusters you tell it to”.

The rebuttal team also considered the variability of T. rex’s living relatives – the birds. After examining the femurs of 112 species of living birds, the team concluded that the differences between T. rex femurs were relatively mundane.

But Paul thinks another feature might make this variation more apparent. In a forthcoming study, he postulates that the style of the horns adorning the skull of Tyrannosaurus is distinct for each species, like the contrasting crests differentiating cassowary species. He says that the horn-encrusted forehead of T. imperator consisted of spindle-shaped pieces while the horns of T. rex were more gnarled. “That should seal the deal,” Paul said.

Napoli are not convinced. Like the armor of modern crocodiles, these bony growths were probably encased in keratin, protecting the continuously growing bone underneath. He thinks the shape of a T. rex’s horns probably changed as the animal got older.

The one thing both groups of researchers agree on is the need for more Tyrannosaurus specimens. “As more skeletons are discovered, they are added to the dataset, and one way or another the statistical support will be so strong that reasonable scientists cannot disagree,” said W. Scott Persons, paleontologist at the College of Charleston. and a co-author with Paul on the previous article.

Although neither side is ready to surrender, Peter Makovicky, a University of Minnesota paleontologist who was not involved in either study, believes the continued back and forth over the identity of Tyrannosaurus rex are good for paleontology because they allow the public to discover the details that define the discipline.

“It gives the layman insight into why we care so much about differentiating new species in the fossil record,” said Makovicky, who counts himself in the single species camp. “It would be very hard to convince someone if it’s a brachiopod, but T. rex takes it to another level.”.

The five UK species most likely to suffer from climate change