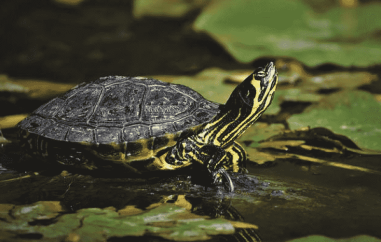 Species of amphibians and reptiles threatened by drought years

The low rainfall in recent years has not only significantly reduced amphibians in Brandenburg, but also many reptile species. Although most populations had already been threatened before 1989, there were only sharp declines due to drought after 2019, said the Ministry of the Environment in Potsdam in response to a question from the parliamentary group of the AfD.

It was only recently that nature monitoring and the Union for Nature and Biodiversity Conservation (Nabu) Brandenburg sounded the alarm about the decline in amphibian populations.

According to the ministry, the populations of green toads, natterjack toads, fire-bellied toads, herbivorous frogs, small water frogs and pit vipers have declined significantly. There were still positive trends from 1990 to 2019 for the green lizard and European tortoise, he added.

The decisive factor, according to the ministry’s assessment, was the protective measures. “Gradual positive trends” had also been recorded during this period for the species newt spawned, toad toad, tree frog and moor frog, as well as for the sand lizard.

The greatest threats to various species of amphibians and reptiles are believed to be from habitat loss and degradation. For example, more and more natural areas are cultivated and spawning grounds are affected by fertilizers and pesticides. Mechanical cultivation of land and road traffic would also have negative consequences. Some native populations would be displaced by immigrant species.