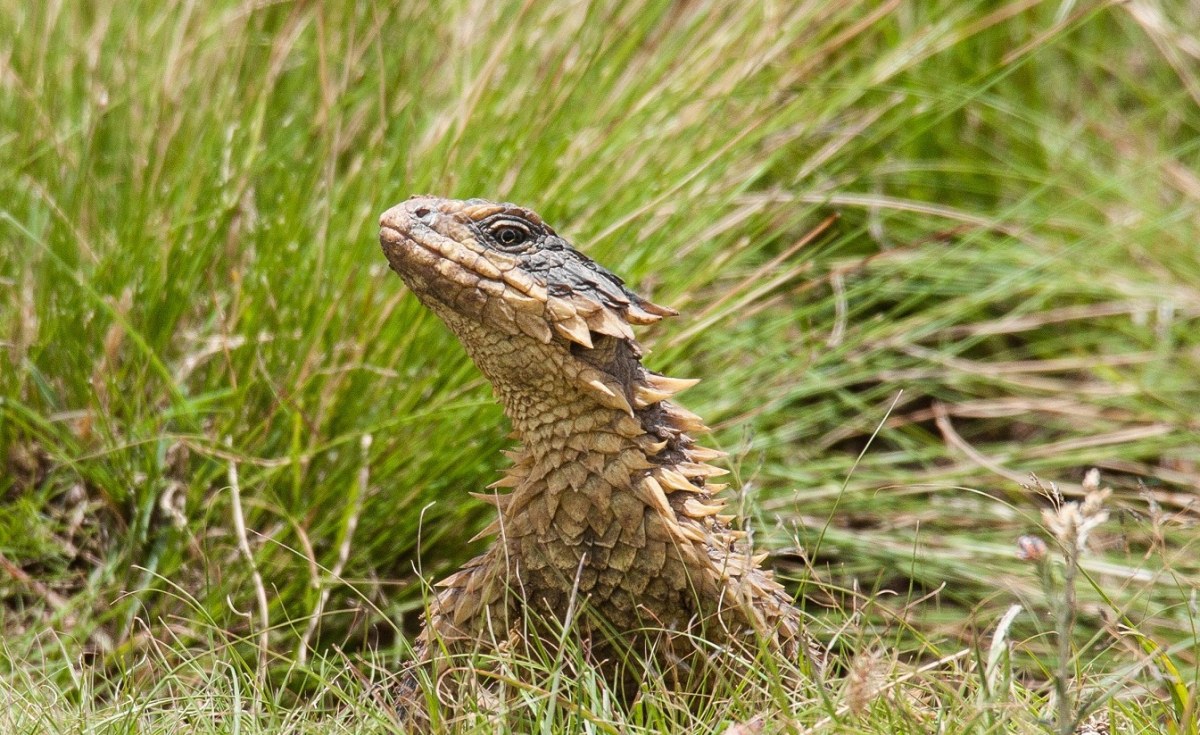 South Africa: Vulnerable lizard species are getting hot and bothered by rising temperatures

Reptiles probably don’t come to mind when you think of the species that may be affected by rising global temperatures. After all, as they are often found in hot environments, they are able to withstand high temperatures and can reduce water loss through the skin.

Despite their ability to withstand high temperatures in their environment, reptiles depend on access to specific thermal environments to optimize various bodily functions. These include metabolism – the conversion of food into energy – and reproduction. This means significant increases in temperature of the type more and more recorded in many parts of the world could potentially have a negative effect on reptiles.

Although more than 1,600 of the 9,400 species of reptiles in the world can be found on the African continent, there has been almost no research conducted on the effect of climate change on African reptiles. This is in part because of the elusive nature of many reptile species, and also because funding is limited.

To begin to fill this knowledge gap, We studied how higher temperatures affect the sungazer lizard (Smaug giganteus). These charismatic reptiles are endemic to the South African highveld. They are already threatened through habitat destruction and illegal collection for the pet trade and traditional medicine. Attempts to breed in captivity did not work, causing the species to decline further.

We wanted to know what higher temperatures in South Africa would mean for endemic species like the sungazer lizard. Specifically, we wanted to test how exposure to higher temperatures affected the adrenal cortex activity of lizards, as seen in the secretion of glucocorticoids. Once an animal is exposed to a possible stressor, such as high temperatures, the physiological response to stress is activated. The animal then secretes more glucocorticoids.

One of the main functions of this hormone is to provide the energy and behavioral responses necessary for survival. Elevation of glucocorticoids is adaptive in the short term. But prolonged exposure to high levels can have negative effects. These include suppression of the reproductive and immune systems and reduced overall survival. By quantifying an animal’s glucocorticoid levels, scientists can gain crucial information about physiological stress and the chances of survival.

Animal bodies respond to stressors in various ways, such as the presence of a predator, injury, or a change in environment. Physiological responses allow an organism to produce enough energy or maintain water balance to escape or recover from a stressful situation. A temporary increase in the secretion of glucocorticoids by the adrenal gland is only one form of response.

Once in the bloodstream, glucocorticoids are extensively metabolized in the liver; hormonal metabolites travel to the bile before being excreted in the faeces. As such, fecal glucocorticoid metabolites can be monitored as a reliable indicator of an individual’s adrenal cortex activity. The collection of feces also requires almost no direct human-animal interaction, so it is non-invasive for animals.

Our research was carried out in a captive environment, National Zoological Garden in Pretoria. Because the species is already vulnerable and there aren’t many available to researchers, we only studied four females and two males.

At the National Zoological Garden, animals are kept at 27 ℃ -30 ℃, which is considered the ideal range for the species. In nature, they will of course experience a wider range of temperatures, depending on the season. For now, however, these will rarely hit the 39 ℃ that we used as a highlight here.

We divided the animals equally into a control group and an experimental group. We let them get used to their new environment, at a temperature of 30 ℃ for two weeks. Control animals were then kept at 30 ° C for a further six weeks; the experimental group was maintained at 39 ℃ for the same time. Finally, both groups were held at 30 for an additional three weeks. The study animals were monitored by conservation staff throughout the study to ensure they were safe and healthy.

These results tell us several things. First, the sudden spike in fGCM levels in the females tested following temperature manipulation suggests that the animals perceived the sudden change in environmental temperatures as a stressor. It activated their physiological stress response to restore homeostasis and ensure survival.

The history of the test male is less positive, as he showed increased adrenal cortex activity throughout the study period, even when temperatures returned to 30. This could indicate that male sungazer lizards are sensitive to any temperature rise in their immediate environment, although they display only a gradual and moderate increase in the levels of excreted hormonal metabolites.

Get the latest African news straight to your inbox

We need to confirm your email address.

To complete the process, please follow the instructions in the email we just sent you.


There was a problem processing your submission. Please try again later.

We don’t want to make any substantial inferences, especially given the small number of lizards we were able to test. But these results suggest that there are sex-specific differences in stress responses within the species – and a potential additional threat to sungazer lizard populations likely to be subjected to higher temperatures in the future. .

Follow-up studies will be necessary. For example, stress responses should be monitored in populations of wild sungazer lizards. It’s also important to remember that different species will respond to climate change differently, so more reptile species will need to be studied.

Dr Robert Campbell, a wildlife veterinarian, is a co-author of the study upon which this article is based.