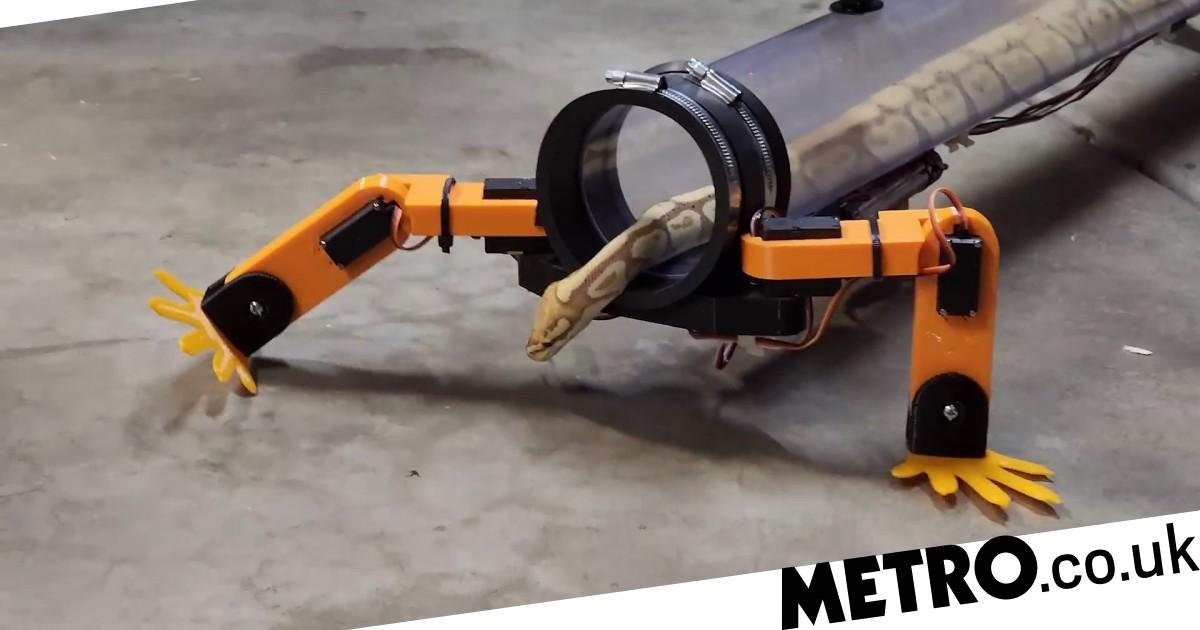 Snake-loving engineer builds robot to give reptile back its legs

For about 100 million years, snakes have been deprived of their ability to walk.

Thanks to a genetic quirk or a punishing God (take your pick), the reptiles were forced to spend their lives sliding in the ground.

Self-proclaimed snake-loving YouTube engineer Allen pan decided it was time to do something about it.

“When another animal has deformed legs, humanity comes together to spit in the face of God, and we build that animal awesome new cyborg legs,” Pan told the camera in a video which has garnered over 2.5 million views.

“But no one loves snakes enough to build robotic legs for them. Nobody but me. Snake Lover: Allen Pan.’

What follows is an adventure that takes Pan first to a local pet store to learn how snakes should walk while observing lizards.

He is then able to build a tube-based case with four mechanical legs that allow the snake to climb aboard and let the limbs do the hard work.

In order to test his contraption, Pan goes to a local snake breeder to find a reptile happy enough to become the very first legged snake.

At the end of the video, one snake in particular seems quite happy to be walked around.

To date, there has never been evidence of four-legged snakes appearing in the natural world. Scientists got momentarily excited in 2015 when a promising fossil was discovered, but it turned out to be a lizard.

Yet, snakes are thought to have once walked the earth – around 150 million years ago – when genetics decided to stop caring about leg development.

A study published in 2016 pointed out that some snakes, such as pythons, retain the tiny remnants of legs as two small bumps on either side of their pelvis. Curiously, the gene responsible for limb development was called Sonic hedgehog. Seriously.

As for the two legs, a 95 million year old fossil appears to show a snake with a pair of sturdy hind legs. It is believed to have been some sort of ancestor of modern snakes and possibly resembled a Komodo dragon.

How and why the snakes lost the ability to walk remains a mystery. It could be that snakes have decided to start spending a lot more time in burrows, where having protruding legs could become a disadvantage.

Anyway, if any snakes want to know what it’s like to walk on land, there’s an enthusiastic YouTuber in Los Angeles happy to help.

AFTER : Six-foot rat-eating snakes breed in UK after 10,000 years