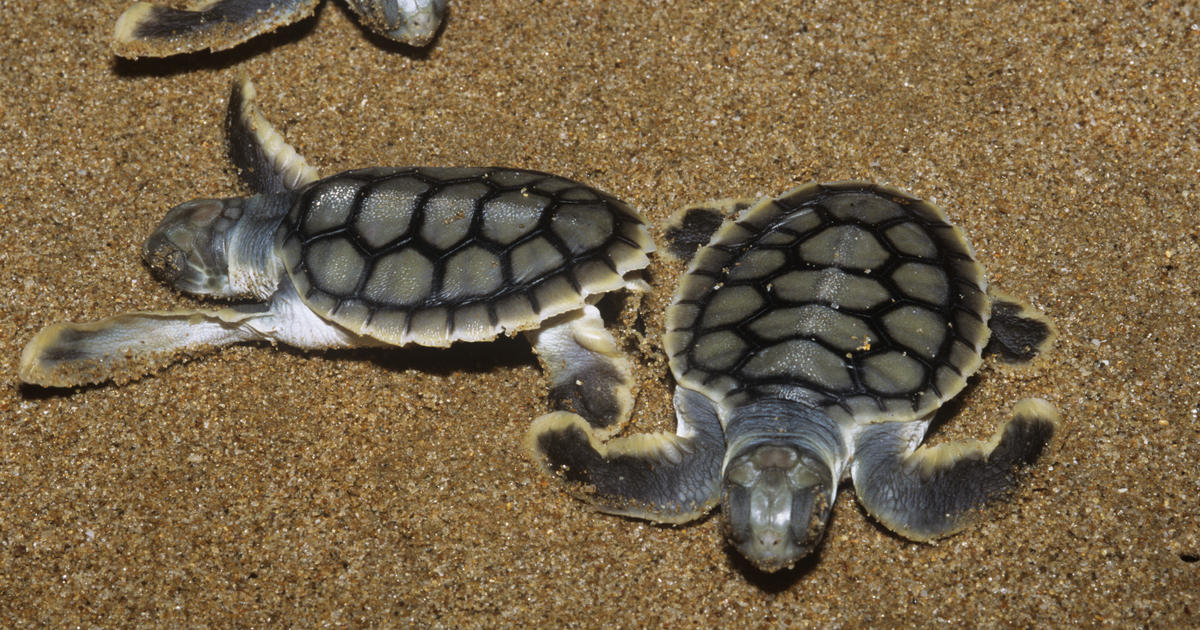 It turns out that birds, amphibians and mammals aren’t the only animals that communicate through sound. Scientists have discovered dozens of animal species once thought to be silent but are actually vocal communicators, including singing sea turtles and acoustically-producing living fossils.

An international research team has found evidence that 53 species from four major groups of vertebrate organisms – turtles, tuataras, limbless amphibians and lungfish – which were all thought to be silent creatures, intentionally create sound to communicate. Their findings were published in Nature Communication tuesday.

Gabriel Jorgewich-Cohen, a Ph.D. student at the University of Zurich’s Institute and Museum of Paleontology and lead author of the study, said their findings provide evidence for “acoustic abilities in several groups previously considered as unvoiced”.

He specifically pointed to the turtles, which his team found showing “vast and complex acoustic repertoires. Turtles make sounds to indicate when they’re ready to mate, he said, but they also communicate with each other long before that — even before they hatch.

“Sea turtles will sing from inside their egg to synchronize hatching,” he said in an interview. BBC News. “If they call from within, they all come out together and hopefully avoid being eaten.”

A type of sea turtle, Natator depressus, otherwise known as the flatback turtle, has been recorded making sounds that resemble croaks, scratches, and chirps. And the South American river turtle makes sounds while caring for its young, Jorgewich-Cohen said.

Acoustic sounds have also been detected by tuataras – lizard-like creatures whose closest relatives are now-extinct reptiles that once lived with dinosaurs – as well as a species of caecilian and the southern lungfish. American, who reside in water but have lungs that require air to survive. Jorgewich-Cohen told CBS News that males of most species make sounds during courtship and some make sounds when fighting members of their same species.

The researchers did not include defensive sounds in their research, such as lizard hisses and sniffles.

Using these findings, Jorgewich-Cohen’s team was also able to track the evolution of vertebrate vocalization and map vocal communication in the vertebrate tree of life. This mapping proved that this style of communication is an ancient technique that did not evolve between different groups, but from a common origin.

This origin, according to the researchers, existed about 407 million years ago during the Devonian period – a time when the supercontinent Gondwana was still intact and the “age of fish” was beginning.

Despite this ancient origin, it took scientists years to make these discoveries about vertebrate communication. Jorgewich-Cohen told CBS News there were “many reasons” for such a delay.

“Science is skewed by humans and we tend to focus on things we can easily perceive. The fact that frogs, birds and mammals make frequent audible sounds makes them good study models” , he said, adding that many species studied by his team were understudied because they were not so obviously vocal.

“The fact that sounds suffer from water refraction also makes it harder for us to hear,” he added. “Also, some of these species don’t vocalize as often as birds. Some don’t vocalize very loudly, and some are so rare that most people never see them.”

For Jorgewich-Cohen, these discoveries are just the beginning of his research. He told the American Association for the Advancement of Science that he is continuing his studies to compare the sounds made by terrestrial vertebrates and lungfish to those made by other fish to create a more accurate evolutionary tree. and detailed.

“Do we share the ability to produce sound with a group of fish? » He asked during the interview. “If so, the origins of acoustic communication must be much older than we assume.”