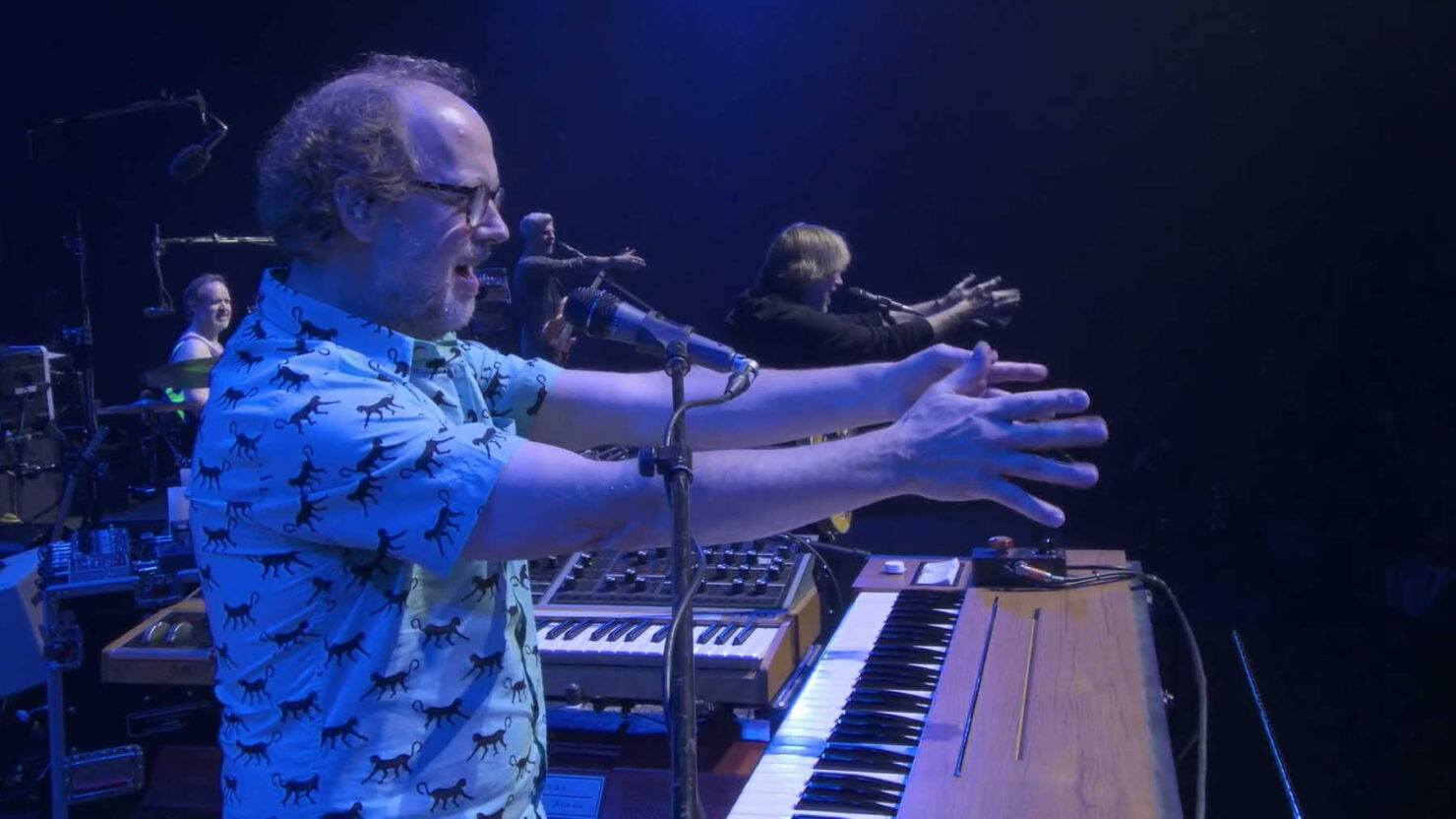 The show featured the first “Shaggy Dog” in nearly a decade and the comebacks of “I Am The Walrus” and “Harpua” for the first time since 2017.

Phish returned to the MGM Grand Arena on Saturday night for the hit Vegas Halloween race show. Two nights later, the quartet were back to their setlist shenanigans, delivering their second themed show of the weekend. October 30, 2021 will forever be known as the “Animal Show”, with two sets composed entirely of animal songs. As most of the people in the room quickly realized, man, does Phish have a lot of songs about creatures big and small.

There had been rumors and discussions online that a set of animals might be a possibility, so as early as song two or three of – not to mention Trey Anastasio’s sweatshirt with a picture of a pig – it started to become clear what was going on. The show opened with a nod to Halloween’s past, “The Dogs” from Chilling, exciting together, Jon Fishman continues to impress with an insane stretch. Followed by “Ocelot” and “Turtle In The Clouds”, it could have been any first set, but the audience seemed to know it. A first set “Run Like An Antelope” changed the temperature a lot, the jam alternating between dark and light passages, the group flexing their muscles early on.

The images and feelings evoked by animals cover a wide range, from cute to silly to adorable, majestic and downright spooky. What became clear overnight is that Phish’s songs about animals cover an equally wide stylistic range. The majesty of “Antelope”, the down-funk of “Camel Walk”, the progressive majesty of “Guyute”, the hard blues-rock of “Dogs Stole Things”, the creepy punk of “Big Black Furry Creature From Mars , “the playful wickedness of” The Dogs “and the quiet romance of” Dog Faced Boy “. While the evening gave the quartet a chance to show off their dynamic range, switching between styles created a flow that didn’t quite match the countdown to zero spectacle on Thursday.

Still, the group is in a serious area these days and it showed through many Saturday night highlights. Beyond the heart-wrenching “Antelope,” the first exploration of the set was largely contained in an expansive version of another Phish Halloween throwback, “Wombat”. Anastasio flooded the Arena with sleek, funky guitar lines as the jam went “Type II” with the band turning into an ambient mass. Phish’s ability to cram a few minutes of highlighted improv into the middle of a song as silly as “Wombat” draws attention to all of those animal songs. As with the Thursday night show, they also took advantage of a themed evening to dust off a few rarities in the repertoire, such as the first “Shaggy Dog” in 331 shows (last played – June 22, 2012). The first set ended with a rare rendition of The Beatles’ “I Am The Walrus”, the sold-out crowd chanting woo’s and goo-goo-g’joob’s with relish. The final coda was a soundwall wonder, sonic rain leaves flooding the room as Anastasio and Page McConnell increasingly overlapped to a rather gripping conclusion.

Read on after The Skinny for the rest of the recap and more.

The second set was home to other excellent jams for the band. “Your Pet Cat,” “Runaway Jim” and “Piper” all find their mountain goat’s foot in their gravity-defying climbs. “Cat” was a full-fledged ordeal showing each other’s ability to get lost in each other’s play, a superlative version of a song that doesn’t have too much action in the repertoire. The “Jim” jam started with muddy digital effects from Trey as the band locked in a melodic zig-zag. The story of “Piper” on the red and red worm went through several phases, with the group slowing down and stretching as they moved forward.

When the theme of the night became clear, there was no doubt that everyone in the room and at home had some ideas about what Phish could and should play. Ask anyone and they will give you their opinions and hopes. In this way, the show was also notable for songs left in the proverbial niche that did not have an appearance. This does not mean that certain hopes have not been realized. For example, it is likely that many were looking for a “Harpua” bust and they were awarded the first in four years. And for anyone looking for clues about the next Halloween show during “Harpua,” well, Trey had some other ideas.

The storytelling went completely meta, with Anastasio playfully and subtly acknowledging all the annual tea leaf readings and riddles with an extended monologue referencing Thursday’s numbers as well as snippets of some lyrics and other minutiae from the rabid fans. The storytelling came to a head with Trey announcing an actual Instagram account where protagonist Jimmy would announce the Halloween album, but ultimately didn’t when he was interrupted (his cat is dead!). It all deserves a listening and dissection, even if it seems highly, highly unlikely that any real clues or breadcrumbs can be found there.

At the end of the night, the group was treated to a case of creepy-crawlies, playing “Bug”, “The Lizards” and “Farmhouse” – which is eligible for a set of animals due to its references to flies. in a cluster. With many, many more options left in the stable, they squeezed three more in the extended recall of “Vultures”, “Sleeping Monkey” and “Possum”. It also allowed them to tackle a few more genres and styles before calling it a night, a rather long and loud night. While the clues for tonight’s show remain mostly non-existent, expectations for the Halloween show are higher than ever and the group looks set to deliver another record.

Phish’s Halloween Run in Las Vegas and Fall 2021 Tour wraps up tonight. A livestream is available on LivePhish.com with SiriusXM broadcasting the show on Phish Radio.