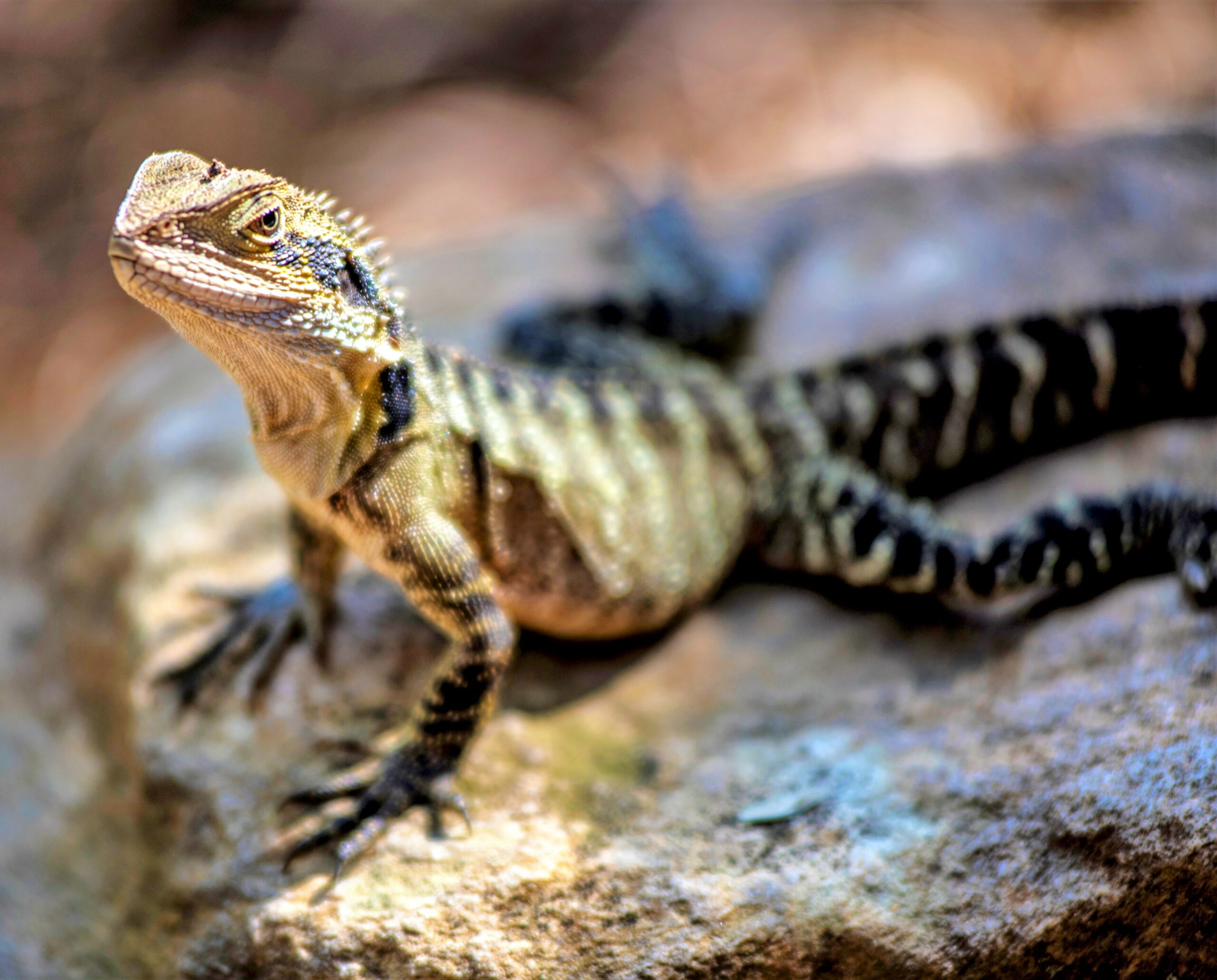 A new fossil specimen of a long-extinct lizard discovered on the Isle of Skye has given paleontologists insight into the early origins of this group of reptiles. The little vertebrate, Bellairsia gracilis, is only 6 cm long and dates from the Middle Jurassic, around 166 million years ago. It was discovered in 2016 by a team led by scientists from the University of Oxford and the National Museums of Scotland. It is one of many new fossil discoveries on the island that have shed light on the early evolution of vertebrate groups including amphibians, reptiles and mammals.

Details of the exceptional new fossil, which includes the most complete skeleton of a fossil lizard in the world, have been published in the journal Nature. The research represents a joint project between scientists from the universities of Warsaw, Oxford and UCL, and accounts for the mixture of ancestral and modern features present in this earliest representative of the group known as the squamata – the largest group of living reptiles that includes lizards, chameleons and snakes.

“This little fossil allows us to see evolution in action. In paleontology, you rarely have the opportunity to work with such complete and well-preserved fossils from a time of which we know so little. bellairsia has modern lizard characteristics, like traits related to cranial kinesicrany – it is the movement of the bones of the skull relative to each other. This is an important functional characteristic of many living squamates,” explained the study’s first author, Dr. Mateusz Tałanda.

“It was one of the first fossils I found when I started working on Skye. The little black skull was sticking out of the pale limestone, but it was so small that I was lucky enough to spot it. Looking closer I saw the tiny teeth and realized I had found something important, but we had no idea until later that almost the entire skeleton was there. said study co-author Dr. Elsa Panciroli.

As a group, squamates today exhibit many specialized skull and skeletal features, but fossil evidence for the origin of these features is sparse. Although we know that the first representatives were present around 240 million years ago, the lack of fossil evidence from the Triassic and Jurassic periods has made it difficult to map the evolution of their anatomy. Comparison of the new fossil with other examples of living and extinct squamates confirms that bellairsia belongs to the “stem” of the squamate family tree. This means that it separated from other lizards just before the origin of modern groups.

The researchers used computed tomography (CT) x-rays to study the details of the bellairsia fossil, in the same way as medical CT methods produce 3D images of a human body without the need to go inside. The researchers were able to image the entire fossil without removing it from the rock in which it formed millions of years ago. While medical scans operate on the millimeter scale, the Oxford University CT scan revealed details of the tiny lizard’s skeletal anatomy down to a few tens of micrometres.

Parts of the skeleton were then imaged in even greater detail, including the skull, hind limbs and pelvis, at the European Synchrotron (ESRF, Grenoble, France). The intensity of the synchrotron beam allows a resolution of 4 micrometers, revealing the details of the smallest bones of the skeleton.

“Fossils like this bellairsia have enormous value in filling gaps in our understanding of the evolution and history of life on Earth,” said study co-author Professor Roger Benson. “Previously, it was nearly impossible to study such tiny fossils like this, but this study shows the power of new techniques, including computed tomography, to image them non-destructively and in great detail.”

Study co-author Professor Susan Evans (UCL) first described and named bellairsia of some jaw and skull bones from Oxfordshire 25 years ago. “It’s wonderful to have a complete specimen of this tantalizing little lizard and to see where it sits in the evolutionary tree,” Prof Evans said. “Through fossils like bellairsia we gain a better understanding of the primitive anatomy of lizards. Angus Bellairs, the lizard embryologist after [whom] bellairsia was originally named, would have been thrilled.

Check us out at EarthSnap, a free app powered by Eric Ralls and Earth.com.

Will Bailey ever return to Gray Sloan? ‘Grey’s Anatomy’ boss…