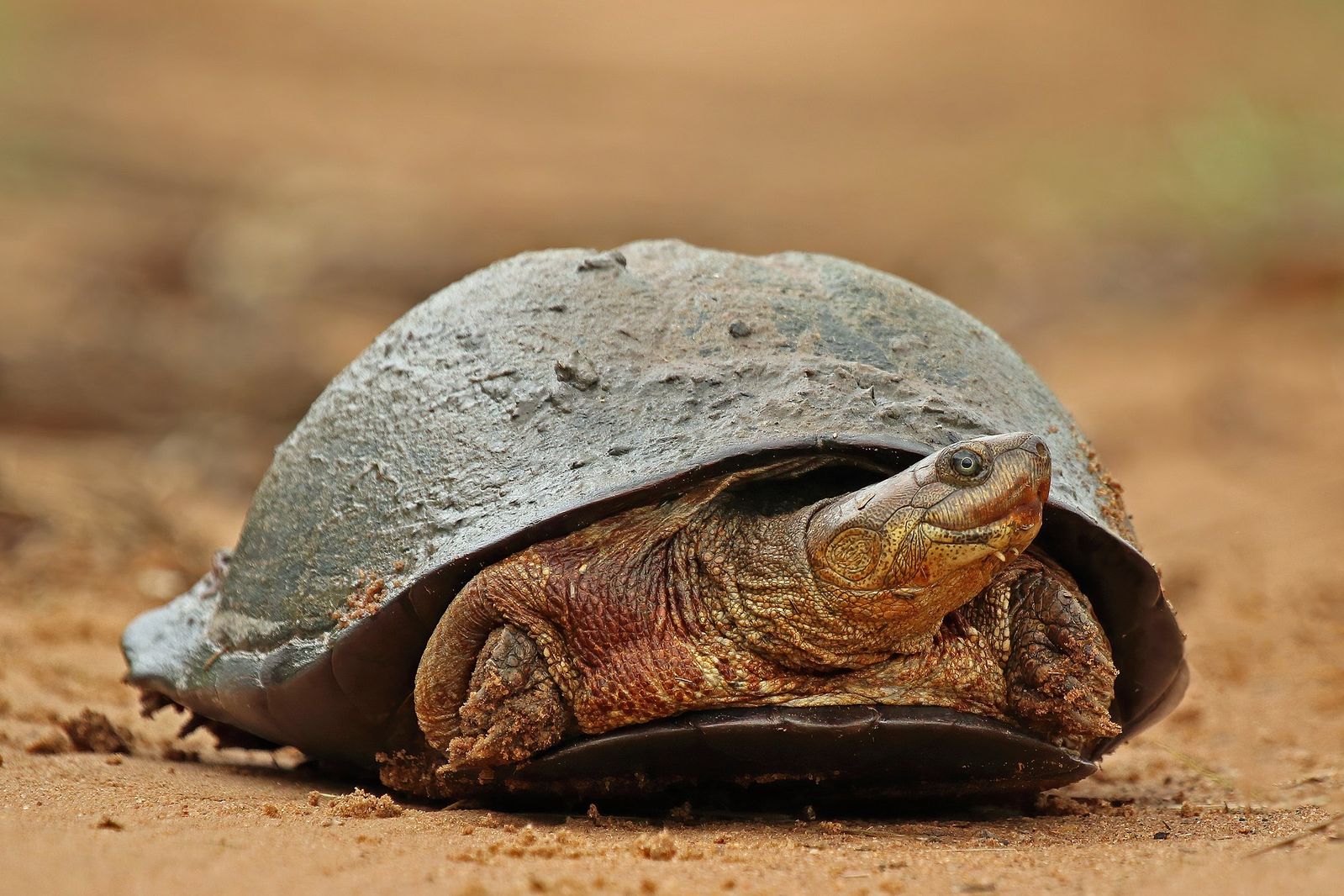 Scientists thought these 53 species were silent. Now they recorded their sounds | Smart News

As a toddler might eagerly tell you, owls hoot, dogs bark and cows moo. But when it comes to turtles, for example, even scientists would have had a hard time telling what sound they make. Until now, researchers had assumed that a large number of species were silent.

But new research, published last week in Nature Communicationsuggests that at least 53 of these creatures thought to be silent actually communicate with vocalizations.

“We know when a bird sings,” says study co-author Gabriel Jorgewich-Cohenevolutionary biologist at the University of Zurich in Switzerland, BBC News” Georgina Rannard. “You don’t need anyone to tell you what it is. But some of these animals are very quiet or make a sound every other day.

While studying turtles in the Amazon rainforest, Jorgewich-Cohen began to wonder if scientists had really been wrong in assuming that shell-dwelling reptiles were silent. When he got home, he decided to listen to the vocalizations of his own pets, including Homer, a turtle he’s had since he was a kid.

To his surprise and delight, he managed to register his pet turtles making several sounds. After that, he decided to expand his experiment to include many other species that scientists once considered unvoiced.

In total, he captured the sounds of 50 species of turtles, as well as the lizard-like reptile called the tuatarathe worm-like amphibian known as Cecilian of Cayenne and South America that breathes the air lungfish. The creatures made a variety of different sounds, including growls, chirps, sniffles, and clicks, to name a few. Some were very talkative, while others only peeked a few times every ten hours. Almost all of the species had never been recorded making sounds before.

The scientists also used underwater cameras to capture video of behaviors related to each vocalization. They found that male species often made sounds when courting females or fighting with other males; some animals also made sounds to defend their territory.

The results suggest that acoustic communication among nasal-breathing choanate vertebrates may have evolved from a common ancestor around 407 million years ago. To reach this conclusion, the scientists combined their new data with previous research on the evolutionary history of acoustic communication in 1,800 other species.

Based on their one phylogeneticor family tree, analysis, the researchers propose that this common ancestor may have been the lobe-finned fish known as the Eoactinistia foreyi, who lived during the Devonian a time when much of life was underwater.

“What we found was that the common ancestor of this group was already making sounds and was intentionally communicating using those sounds,” Jorgewich-Cohen said. France Media Agency.

Yet not everyone is convinced that vocalization originated from a common ancestor. After all, researchers came to opposite conclusion in 2020 – that acoustic communication has developed in various species independently and repeatedly over the past 100 to 200 million years. Moreover, it is possible that the noises emitted by these 53 species are not qualified as communication.

Since fossils cannot pick up sounds, scientists will need to do further research to confirm their findings. But until then, the results show it’s worth taking another look — or rather, another listen — to long-accepted scientific conclusions. Indigenous communities and other citizen scientists can also share their vast knowledge of difficult-to-study creatures.

“The data might already be available in one form or another if we just start thinking more carefully about who we should be listening to,” says Irene Ballagha zoologist from the University of British Columbia in Canada who was not involved in the study, to American scientistIt’s Rachel Nuwer.