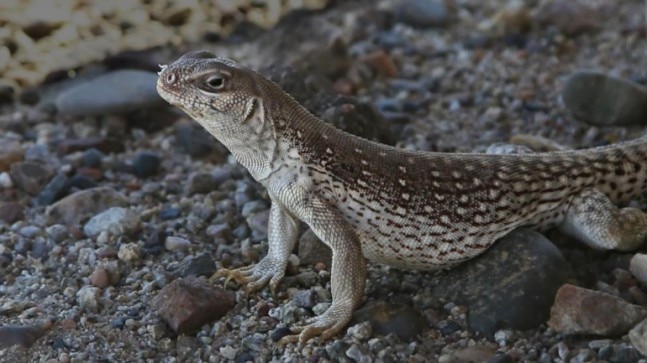 Scientists discover 6 new species of lizards in the Western Ghats

Six new species of lizards in the ‘Dravidogecko’ family have been identified in the Western Ghats by a group of scientists, who say this is a significant development as only one species of the genus was known so far.

The study indicates the importance of the Western Ghats, the World Heritage mountain range that crosses the states of Kerala, Tamil Nadu, Karnataka, Goa, Maharashtra and Gujarat, as “biodiversity hotspot”, the researchers said.

The study and sample collection has been carried out over the past four years and the research paper describing the new species was published in New Zealand’s Zootaxa journal on Monday, the Bengaluru-based herpetologist told PTI. R Chaitanya, who conducted the research.

According to an earlier study, ‘Dravidogecko anamallensis’ evolved about 58 million years ago when the Indian subcontinent was separated from African land, said Varad Giri, director of the Pune-based Biodiversity Conservation Foundation, who was also part of the research team.

“Until recently only one species (of Dravidogecko anamallensis described in 1875 by German-born British zoologist Albert Gunther) was recognized under this genus, which was perceived to be widespread in the Western Ghats,” he said. .

Dravidogecko is a small-sized lizard restricted to mid to high altitude moist forests.

The reptile is found in the mountain range from Wayanad (Kerala) in the north to Tirunelveli (Tamil Nadu) in the south along the southern Western Ghats, he said.

“Out of curiosity, our team set out to study these enigmatic and supposedly ancient geckos to understand their diversity and evolutionary origin,” Chaitanya said.

“This sampling, undertaken extensively from Wayanad to Trivandrum in the Western Ghats, revealed that there was not one but at least six new species of the family hidden in plain sight,” he said.

These geckos are mainly nocturnal and great climbers. They prefer to occupy tree trunks and abandoned buildings in the middle of their natural habitat, Giri said.

“All of these different species inhabit the same ecological niche across their distribution and therefore show very little morphological difference. However, DNA-based molecular analysis can easily tell them apart,” he said.

“The study highlights the importance of The Western Ghats, a biodiversity hotspot and the large number of yet undiscovered species in this region,” Giri added.

Names of the 6 species of lizards

Alligators are now the largest animal that can regrow their limbs