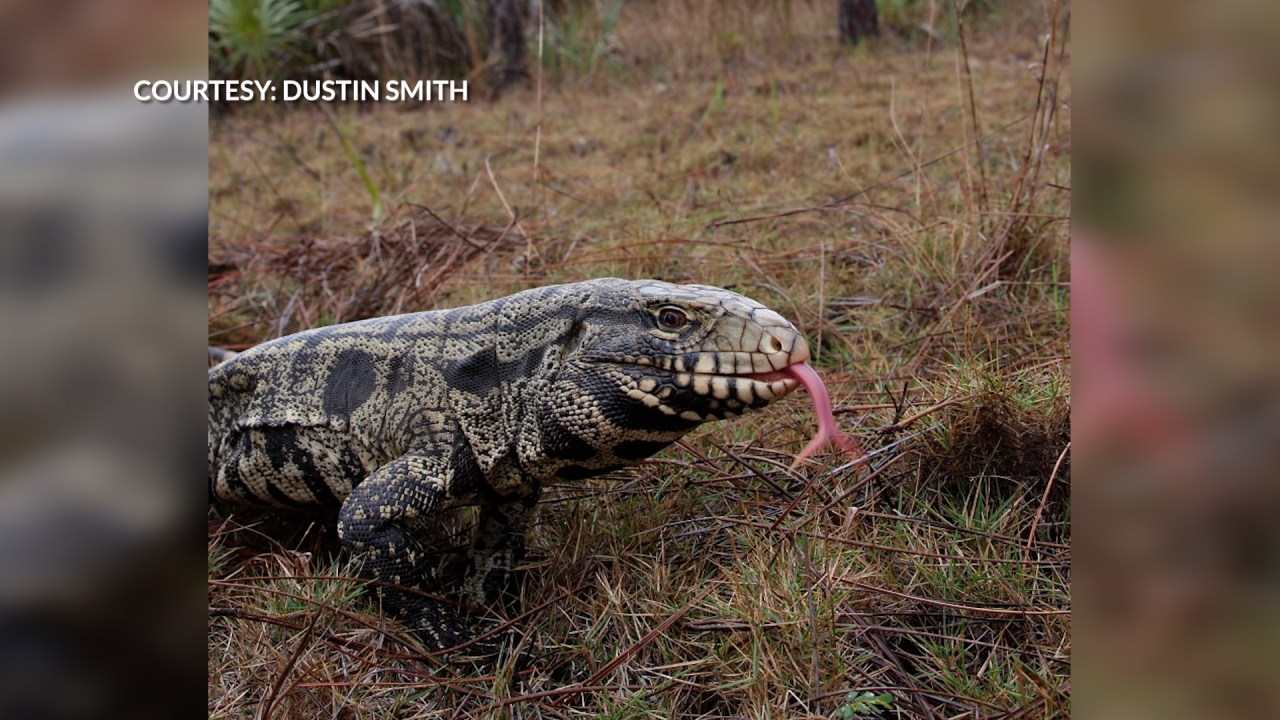 DARLINGTON COUNTY, SC (WBTW) – South Carolina has run into giant lizards where they shouldn’t be – 13 invasive tegu lizards have been found since the fall, including one in Darlington County.

Andrew Grosse, a herpetologist at the South Carolina Department of Natural Resources, said many lizards were pets that escaped or were released. He fears that they could damage the ecosystem if the population is not controlled.

“If we can remove them now before they become established, it will make it a lot easier for everyone, including our native species,” said Grosse.

Grosse said tegu lizards are native to South and Central America. They can grow up to four feet long.

“They get bigger and can escape,” said Grosse. “People are trying to do the right thing and give them more space outside and they can dig under or through the fence and escape.”

Grosse said South Carolina tegu owners are required to chip away at their lizards starting in September. He hopes this will help prevent them from reproducing in the wild and prevent the consequences that could ensue. He said tegu lizards don’t have natural predators.

“It can quickly outperform some of our native species,” said Grosse.

Tegu lizards have been able to breed in the wild in several parts of Florida and Georgia. Grosse said wild tegus in Florida have been found with endangered turtle species in their stomachs.

“We’re trying to get as much information as possible about where these things were found in the state,” Grosse said. “If people have reports or see them, even if they’re not sure, please send an email. “

Grosse’s email address is [email protected] He said studying lizards can be of great help even if they are already dead. Images of tegu lizards were provided by Dustin Smith, the reptile curator at the North Carolina Zoo.

Another invasive species identified in Georgia and South Carolina