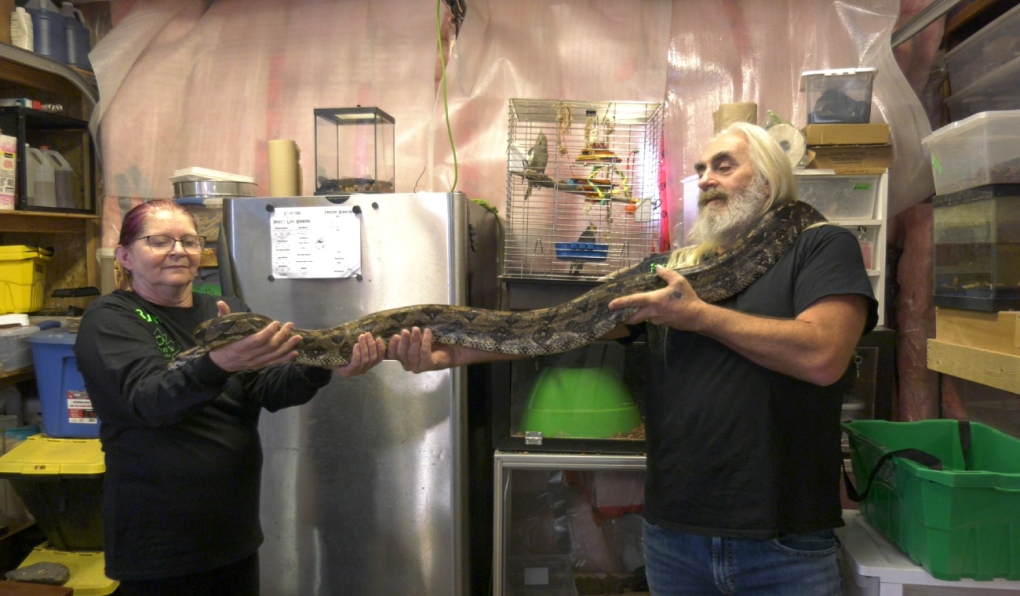 A self-proclaimed “mom and pop” boutique in Sault Ste. Marie, who specializes in reptile care, is fighting to stay open. Eden’s Reptile, which provides training and care instructions for snakes and other reptiles, found that they violate an animal regulation that prohibits certain species of snakes.

The store is run by Ernie and Ruth Rowntree. For a donation, they’ll show people the various snakes, lizards, and amphibians in their care – and even let you hold them.

However, some of their animals are prohibited by city regulations – namely the ball python; which is legal in other Ontario jurisdictions.

The Rowntrees also discovered that under city bylaws they were not allowed to sell their home-grown reptile food.

“Now I find out that not only are my animals illegal, but I’m not allowed to sell bugs from my house either.”

Eden’s Reptile has received correspondence from the city regarding the possible consequences of their rule violations.

“They sent us a letter with the fine amounts, which is very scary, I have to admit,” Ernie told CTV News.

“Until they give us a letter with a date that says ‘You must cease and desist by this date’, we will continue to fight for Sault Ste. Mary and our people.

CTV News has received a number of emails and social media posts in support of the Rowntrees and their business. Ernie and Ruth are now asking customers to bring their concerns to the town council.

“(Let them know) we’re just trying to help these animals, and if we’re not here to welcome them, where are they going to go?”

The Rowntrees say their ultimate goal is to open retail space. However, if they can’t convince the city council to change animal bylaws to allow ball pythons and other non-venomous snakes, they will be forced to leave the Sault area.

CTV News contacted the city for comment, but we did not get an interview.

Grey’s Anatomy Boss on returning to the series’ roots