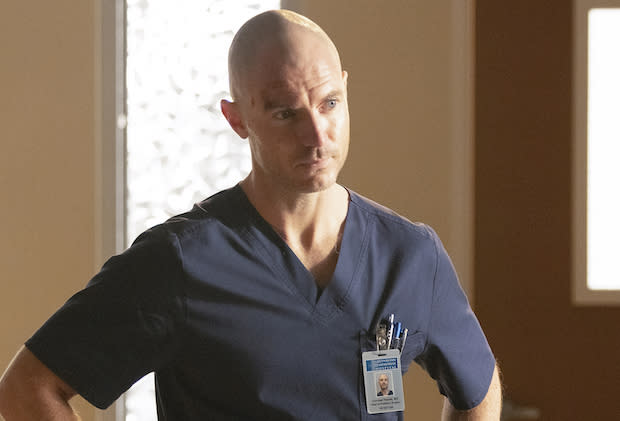 Richard Flood’s nearly three-season run as a Grey’s AnatomyDr. Cormac Hayes ended this Thursday night, as his script had telegraphed the previous week.

Flood – whose previous TV credits included Lines of pedestrian crossings and Shameless — first appeared on Grey’s in the middle of season 16 and was promoted to series regular starting in season 17.

“Having three years on the show was fine with me,” Flood told our sister site Deadline, “and I think the character arc with all the story developments was probably coming to a natural end, which was awesome. I was very happy that everyone felt the same.

On the March 3 episode of the medical drama lonnnnnng, and as reported the previous week, Flood’s Cormac followed through on his decision to quit Gray Sloan, conflicted as it was about co-worker Owen’s side gig helping the terminally ill veterans to end their suffering/lives – but not before Mer called him out on his plan to run away without saying goodbye.

“Because if I said goodbye to you, Mer, I might never leave,” he admitted. “You made me believe there could be life after Abigail.”

Moments later, in the parking lot, Teddy begged Cormac to tell her what her husband Owen didn’t want, about the recent car accident. But, since Owen had essentially saved Hayes’ life, he kept his lips shut. “Goodbye, Altman.”

Speaking about what could have happened between Cormac and Meredith, Flood told Deadline that if he had stayed, “I guess you would be wondering if they would have gotten together, right? If they had gotten along, would it have worked? I think fans might have liked to see more of what that dynamic could have been – that’s definitely the response I’m getting – but that’s not really for me to say.

Are you sad to see Flood and Hayes disappear?

Gallery Launch: The 30 Greatest Characters of All Time Grey’s Anatomyranked: Which documents are the best?

The best of TVLine

Russian doll, Anatomy of a scandal and the last episodes of Grace and Frankie