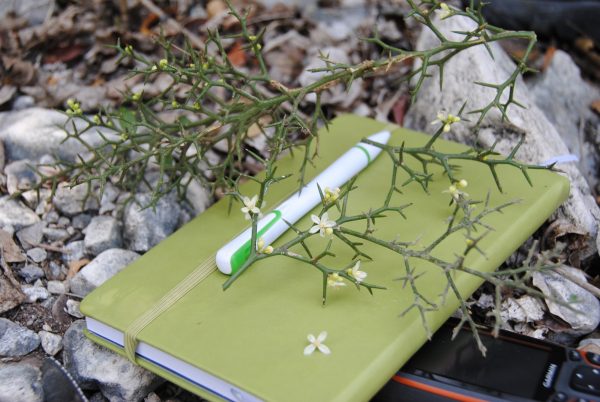 Researchers working in one of the most biodiverse and endangered ecosystems in the world have discovered a new plant species, castela senticosa, which they recommend designating as endangered. The plant, which grows like a small bush sheathed in an imposing layer of thorns, was found during a survey to catalog the flora of the Martín García mountain range in the Dominican Republic.

“We were putting together everything we came across with the goal of having a complete species list for the entire mountain range,” the lead author said. Lucas Majureassistant curator at the Florida Museum of Natural History and curator of the University of Florida Herbarium

The mountains of Hispaniola are home to large tracts of untouched dry tropical forests, highly diverse ecosystems which, like the rainforests they border, are globally at risk from the combined effects of deforestation, over-harvesting and climate change. . But although they face the same threats, the destruction of a tropical dry forest could mean the loss of many more species. This is because tropical forests are often found in lowland basins, where conditions such as rainfall, temperature, and soil type are similar over large areas. While species diversity is high, many rainforest plants can have distributions that span hundreds of kilometres.

Dry forests can be just as diverse, but their plants tend to be geographically restricted; up to 73% of plant species in the dry forests of the American tropics are endemic to a particular region. The plants that grow on the Caribbean islands, which have been separated from the landmasses for more than 50 million years, have an extra layer of isolation built in. As a result, much of the flora of the Caribbean is found nowhere else on Earth.

“The overall diversity is amazing,” Majure said. “If you drive through Hispaniola, Cuba, and Jamaica, there are many groups of plants that make these forests amazing places to work.”

Along the slopes of the Sierra alone Martín García, Majure and other researchers from the United States and the Dominican Republic identified more than 700 plant species during their survey. But when Majure and Teodoro Clase of the National Botanical Garden of the Dominican Republic came across an indescribable shrub halfway up the mountain, the two botanists were puzzled. The plant was largely a tangle of spines, with few leaves and no flowers or fruits, leaving few identifying characteristics. They carefully collected and pressed one of the branches, which Majure took with him to the Florida museum for further study.

After returning from the field, Majure set to work determining the identity of the plant. Having documented Caribbean plant diversity for nearly a decade, he had a good frame of reference for what the species was not. But finding a positive match would require careful research. “It sat there for a while and bothered me endlessly because I couldn’t understand,” he said.

He found a strong candidate by sifting through digital records of plant specimens stored at the New York Botanical Garden. There, hidden among more than 7 million preserved plants, was a small severed branch with a profusion of pale green thorns. The specimen had been collected in northwest Haiti in 1929 by Smithsonian botanist EC Leonard and later identified as Castela depressed, a species endemic to Hispaniola and related to the highly invasive Heavenly Tree that has spread across much of North America. It looked like Major had found a match.

To confirm the identification, he extracted DNA from the old and new collection, as well as related species, finding that the nearly century-old plant was indeed the match he was looking for. But it wasn’t Castela depressed or anything else that has ever been collected.

Instead, Majure had discovered something entirely new. Considering it was only collected twice, it was probably also something incredibly rare. But to officially name a new species, he would need to find another specimen that had both flowers and fruits, allowing him to paint a full picture of what the plant looked like.

So Majure returned to the Dominican Republic with one of his doctorates. students, Yuley Piñeyro, to hunt the elusive plant. When they walked through the dry tropical forests of Hispaniola in late spring, however, the climate lived up to its name. “It was incredibly dry, and I thought there was no way to find this thing in bloom,” Majure said.

But after hiking at about mid-altitude, Piñeyro spotted a flash of red against a backdrop of dull green vegetation, which upon closer inspection turned out to be the exact plant they were looking for. One of the only things in full bloom at the start of the year, the plant had small creamy white flowers and crimson fruits in the shape of scythes resembling miniature peppers.

“Most of the other species in these forests lost their leaves completely during the dry season, but it seems that the strategy of this castela is to flower and bear fruit while all else lies dormant. This way it is fully exposed to pollinators and dispersers,” Majure said.

It’s unclear what pollinates the plant’s flowers or eats its fruit, but Majure thinks its natural history could provide a clue. castela senticosa probably native to the island, but is closely related to species native to the Sonoran Desert in western North America. As the seeds are too large to be dispersed by winds, they had to be carried over long distances.

“We think birds are the main dispersal agents here, but we actually don’t have any good guesses about which birds could have dispersed something from the Sonoran Desert to the Caribbean,” he said. “It’s still a bit of a puzzle.”

castela senticosa is not the first nor the last new species that Majure and Clase describe in the dry forests of Hispaniola. The couple recently collaborated to name a new plant with leaves as small as aspirin pills, and there are more waiting to be described, Clase said.

“There are several very rare and endemic species that grow in the dry forests of Hispaniola, making them important conservation targets, and future studies will reveal even more discoveries,” he said.

The study was published in Systematic Botany.

Kasey Pham of the Florida Museum of Natural History was also one of the study’s authors and created the illustration for Castela senticosa.

Funding for the study was provided by the National Science Foundation, the Desert Botanical Garden, and the Florida Museum of Natural History Biodiversity Fund to David Steadman.