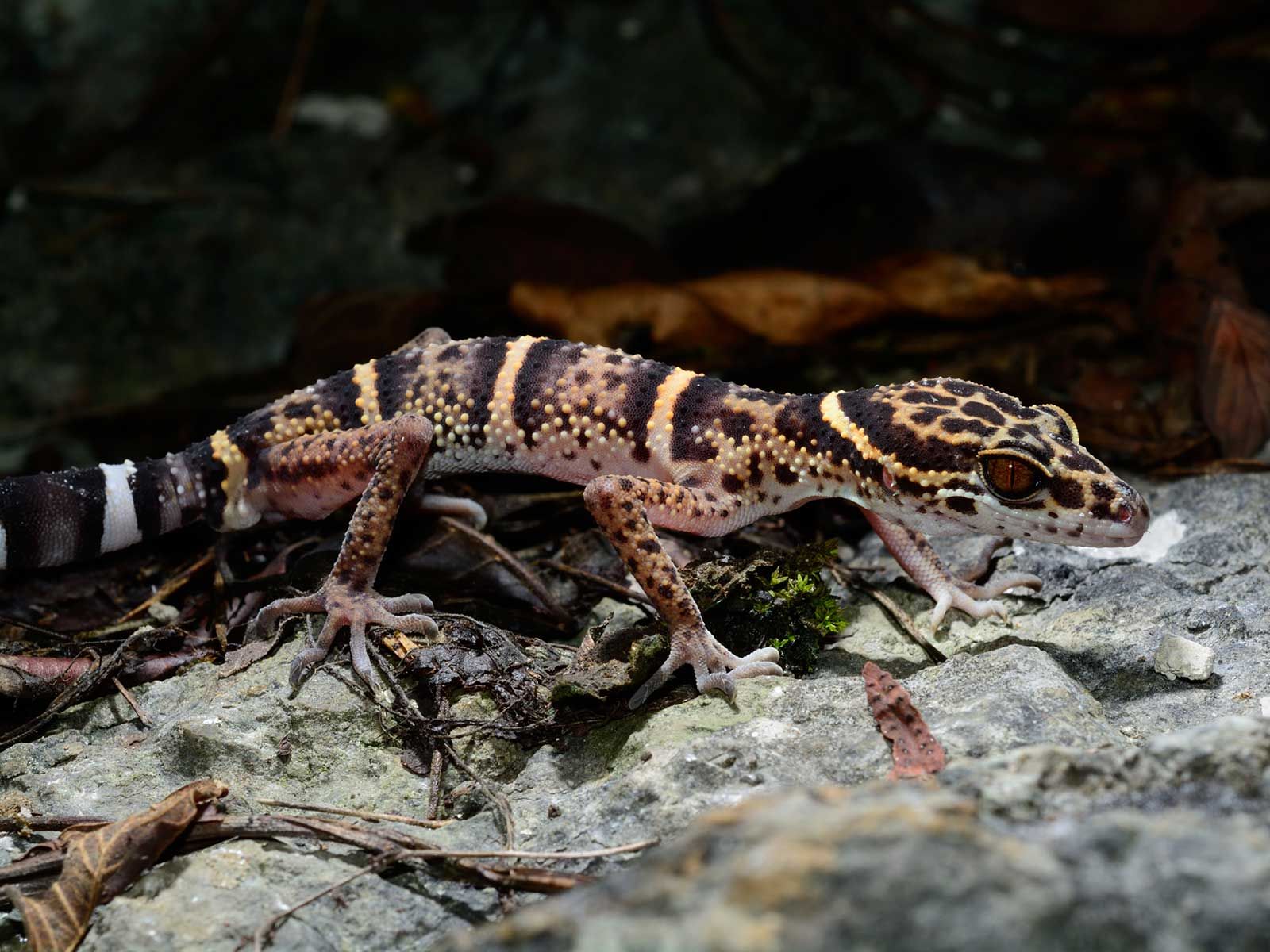 “What happens when a new species of gecko is discovered? Two Germans grab their suitcases and get on a plane, ”says Sandra Altherr, telling an internal joke. Altherr is co-founder of Pro Wildlife, a conservation NGO in Germany.

In the joke, the anonymous men with suitcases are reptile traders. Their goal is to get their hands on the new species as quickly as possible and sell it to collectors. A single lizard, turtle, or snake can fetch hundreds or even thousands of dollars.

How do traders know where to go? And why are the Germans the butt of the joke?

“Traders follow scientific literature, systematically scan it, looking for new species,” explains Altherr. A long-standing scientific convention makes their search easier: Journals not only require a description of each new species found, but usually include the location where it was discovered.

Moreover, few people know that Germany is a superpower in the reptile trade. “We have a tradition of breeding reptiles since the beginning of the 19th century,” says Altherr. “The problem has grown huge over the past two or three decades. With technology and globalization, nature has become available and accessible, and the Internet helps traders to organize themselves, to get in touch.

The world’s largest reptile fair, known as Terraristika, is held four times a year in the German city of Hamm. Altherr says you can find “everything” for sale there. Terraristika is also the place where collectors come to pick up the reptiles they have ordered online.

Alice Hughes, research professor at Xishuangbanna Tropical Botanical Garden, Chinese Academy of Sciences, co-authored a recent study analyze the online reptile trade. “We’ve been scratching the internet for all the major reptile shopping sites,” she says. “The results have been astounding; 36 percent of all reptile species, [nearly] 4000, were in the trade. This included a lot of newly described species. There was clearly a trend for novelty – 137 species of reptiles that have been described since the 2000s were in trade. “

Data collected by Hughes and his team showed how quickly traders responded to the work of scientists. The newly described species appeared in catalogs a few months after their first mention in scientific publications.

For example, Takou’s marbled gecko (Gekko takouensis), from central Vietnam was discovered in 2010; it became available to collectors the same year. The Persian Striped Skink (Eumeces persicus), discovered in 2017 in Iran, was on sale within three months. And it only took a few months for collectors to locate, capture and release several new species of Uroplatus Madagascar leafy geckos.

“How did that make me feel?” Of course, I was very pissed off! It was terrible to see them on sale, ”recalls Yang.

As a result, he decided not to post any location data when he described another Goniurosaurus species in 2015. “I knew that if I publish the exact location again, people will look for it. I don’t want traders to use my information. The article where the species was described, published in the journal Zootaxons, mentions the location only as: “available on request, for fellow scientists.” “

When mentioning a location, Yang says, even listing the name of a village is risky, let alone posting precise coordinates: “The habitat of the geckos is karst caves. You just go to that village and ask, “Where is a cave around here?” “”

Altherr explains that the traders don’t necessarily go looking for the caves themselves: “They use couriers, sometimes Germans, sometimes students from these countries who study in Germany. The couriers then go to the local people and tell them, “These are the animals we want to find. “

Dutch herpetologist Jordi Janssen, program manager at the Monitor Conservation Society, says the rediscovered species are also in high demand. “Last year there was an article about a Sumatran lizard that has not been seen for 170 years; they published a site. On social media I then saw a message from a convicted reptile smuggler saying he had traveled to Sumatra several times to find this animal. I am sure that this species will be marketed as soon as [Covid-19] travel restrictions are gone.

“Once a species is marketed, it’s very, very difficult to do anything about it,” says Janssen. “[Traffickers] set up a legal process, launder everything [wild-caught] by claiming captive breeding.

Yang shows a photo taken by a trader of his stock – a bunch of plastic boxes, a gecko in each: “Captive breeding? Bullshit, ”says the researcher.

He explains why: “I keep a gecko for a year and it lays what, two, three eggs? Geckos are easy to catch. You see ten geckos on a rock, nine are yours, just grab a headlamp and grab, grab, grab. In one evening I can achieve more than I can raise in a year.

Yang’s decision not to publish the exact location of his latest cave gecko species discovery has been controversial. While some of his colleagues supported the researcher, there were also opposing voices who said that Yang had shattered one of the most important premises of science: transparency, and went against the taxonomic tradition of publication of location data.

“The older generation colleagues said I had to publish. They say tradition cannot be broken. I really understand both sides, but some scientists just haven’t realized that this problem is very important now, ”Yang said.

He suggests a compromise: “For high-value reptiles – turtles, cave geckos, pythons – only researchers and government agencies should be allowed access to exact location data. “

As a location is revealed, a newly discovered species is exposed and practically helpless, say the experts. The wheels of the CITES the bureaucracy runs slowly, and by the time the species is listed (if ever it becomes so) and obtains the protection of the Convention on International Trade in Endangered Species of Wild Fauna and Flora, the “Germans with suitcases ”will have already put it into circulation, laundering newly captured animals using captive-breeding claims as legal cover.

Why is the business so lucrative? Collectors seek rarity. “Rare, restricted-range species are disproportionately over-represented in the reptile trade,” says Hughes. This makes the newly described species particularly vulnerable: “Many have really tiny ranges, like a single limestone hill. Their entire populations can be quickly collected for trade.

Yang warns of the dangers to biodiversity of piecemeal harvesting of newly described species: “We don’t know their role in the ecosystem — where they live.” [range size], what is their prey and what eats them. We don’t know how important they are. Removing them may not have immediate effect, but long term effects? We do not know.

Altherr lambasts traders for their “selfish mentality, taking from nature whatever fits in your reptile aquarium,” but Janssen notes that many collectors and traders see themselves as environmentalists who preserve species by creating captive populations.

Until now, traffic has been one-way, with species disappearing from the wild in collectors’ tanks. Hughes says populations of 21 reptile species would have been completely collected. No trader has come forward to reintroduce into the wild any of the species he collected for profit.

The traffickers are so motivated, environmentalists say, that even a rare tree snake living in the canopy of a rainforest is not safe.

When Mathilde’s horned viper (Atheris matildae), an arboreal snake from southern Tanzania, was described in 2011, it made the news and its images were published in mainstream media. The location has been deliberately concealed to protect it from collectors.

Despite the secrecy, the critically endangered viper was found within months and released for sale in Europe by German traders. Price: 500 euros — 606 dollars.

This story was originally published in Mongabay, a non-profit environmental news platform with five bureaus and ten million monthly readers.