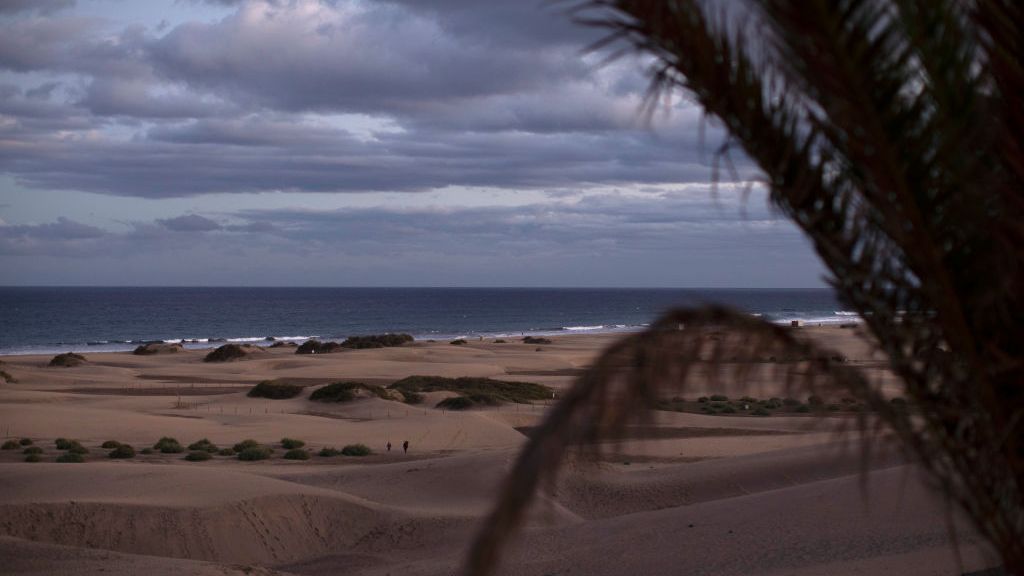 British and American tourists to the Canary Islands have sex so often in a protected dune reserve that endemic vegetation is destroyed and the island’s beloved giant lizards choke on condoms, according to a new study.

The Maspalomas Dunes Nature Reserve in Gran Canaria, which receives around 14 million visitors a year, in the Spanish Canary Islands, is well known for its dune system and beautiful golden sands.

Legally protected since 1982, Maspalomas is one of the last dune systems in Europe and is a resting place for birds migrating between Europe and Africa.

However, a to study published in the Journal of Environmental Management suggests that the protected area is being destroyed by excited tourists. “Cruise activities” have an environmental impact on the coastal dune system, according to the study.

Researchers identified 298 “sex spots” in an area of ​​two square miles, mostly between “thick, dense vegetation” and nebkhas, dunes that form around vegetation. A “no-go” area in the nature reserve, considered completely off-limits to the public, had 56 sex spots.

Researchers surveyed the area from May 2018, and the study period included the local Gay Pride Festival the following month, a popular event in Gran Canaria attended by many members of the LGBTQ community.

The report says sex cruises have led to the “trampling” of native plant species, three of which are endemic to the region, as well as “a direct impact” on the nebkhas.

“We have no intention of criticizing the actions of some members of the LGBTI community,” said lead author Leví García-Romero, of the Institute of Oceanography and Global Change at the University of Las Palmas de Gran. Canaria (ULPGC).

Although the researchers noted that all kinds of people are able to seek pleasure in the dunes, they said cruising is done openly in Maspalomas.

Tourists move plants and sand and make their own “nests,” which sometimes include makeshift fences, according to the report. They also often leave their waste behind, including cigarette butts, condoms, toilet paper, wet wipes and cans.

The protected dunes also served as a “bathroom” with urine and human faeces found in the affected areas.

The researchers learned that the farther away the sex point, the more it had been used and the more waste it contained.

Although local authorities leave garbage bags in some areas, they are usually full, researchers say.

Maspalomas isn’t the only dune space in the world where people have sex, said study co-author Professor Patrick Hesp of Flinders University. Hesp is also studying coastal and inland dune fields of arid areas in Australia, where sex spots can also be found.