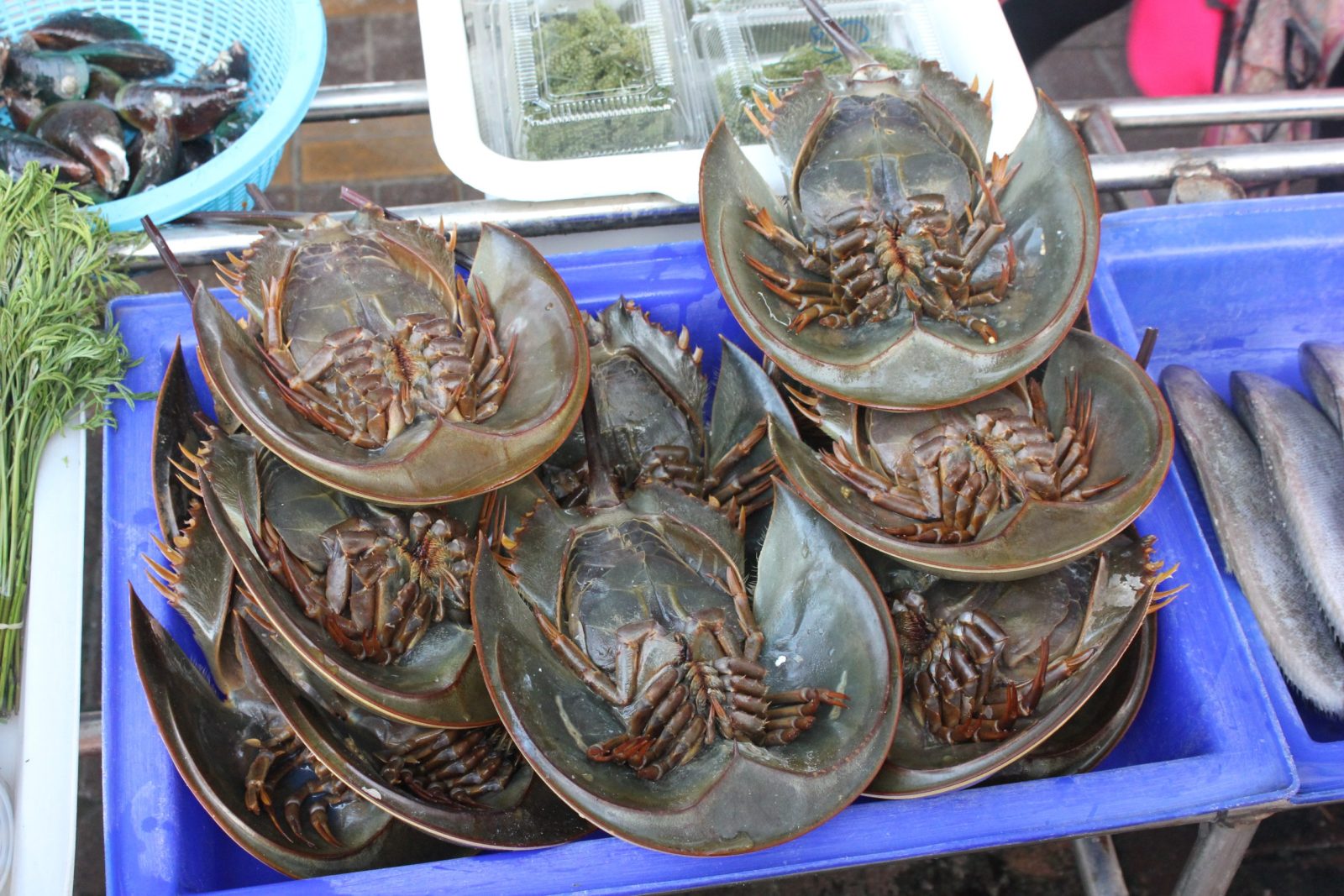 From red, blue, lime green and purple, animal blood comes in a wide range of colors, but why? Most living organisms depend on flowing blood to stay alive, and blood and oxygen transport have evolved in many ways over the years.

Blood is responsible for bringing oxygen and nutrients throughout the body. Blood carries carbon dioxide and waste products to the kidneys, digestive system, and lungs to eventually be eliminated from the body. Blood is essential for fighting infection, transporting hormones around the body, and forming blood clots to prevent blood loss. Organisms have evolved different types of blood and different ways of carrying oxygen throughout their bodies.

Public funding gives us a greater chance of continuing to provide you with high quality content.Click here to support us

Some shellfish, squid, and octopus have blue blood due to a protein called hemocyanin. Hemocyanin contains copper and carries oxygen throughout the body. In marine animals, hemocyanin is colorless and turns blue when exposed to oxygen.

Humans have the protein hemoglobin inside their red blood cells which carries oxygen throughout the body. Hemoglobin is rich in iron and red. Most mammals, reptiles, amphibians and birds have red blood due to hemoglobin.

However, hemoglobin only evolved about 400 million years ago.

Christopher Coates, a comparative immunologist at the University of Swansea in Wales, said this was likely because vertebrates have a much more complex respiratory system than simple organisms.

Hemerhythrin is another protein that imparts a pinkish-purple blood color to certain molluscs like lamp shells and sea squirts. The iron-rich pigment binds to oxygen molecules.

There are even animals that have no blood pigment. Due to a genetic mutation that removed hemoglobin from their bodies, animals like the Antarctic icefish have colorless blood. The fish is in a freezing environment that contains an abundant amount of oxygen, and it seeps directly into the fish’s gills and skin, over time eliminating the need for hemoglobin.

Interestingly, insects do not have blood. Instead, they carry a fluid called hemolymph which carries hormones and gases throughout their bodies. Insects take in oxygen directly through openings in their sides or backs and have no oxygen in their blood fluid, hemolymph. Sometimes insects can have yellow, blue or greenish pigment in their hemolymph due to different plants in their diet.

Many animals use blood as a weapon in their natural habitats. Some use autohemorrhage, also called reflex bleeding, where they start bleeding to ward off predators.

Horned lizards use their blood in a very unique way to ward off predators. The lizard native to the southwestern United States and Mexico draws blood from its eyes when it feels threatened.

Another exciting insect, the multicolored Asian lady beetle, has an unpleasant liquid mixed with its hemolymph, which it squirts from its eyes or leg joints when disturbed by predators.

A relative of the multicolored Asian ladybug is the bloody-nosed beetle. This beetle shoots red hemolymph from its mouth for the same purpose as its relative.

Chris Austin, who found biliverdin to be the cause of lime green blood, said other animals remove excess bile in the liver, “like the oil filter in your car”, but skinks don’t. which always leaves them a light. green color.

He went on to say that if a human had the same amount of biliverdin it would be fatal, so how do these lizards deal with it? He speculates that their bodies evolved to deal with biliverdin as a strategy to kill blood parasites, like those that cause malaria.

Some animals don’t even have a blood or circulatory system because they are not essential for life. Flatworms do not have a circulatory system and exchange gases through their skin. Oxygen goes directly to the tissues and nutrients are delivered by diffusion from the gut. Jellyfish and sponges also receive oxygen by diffusion.

Humans have eight blood groups. Most wild animals probably also have different blood types, although there haven’t been as many studies conducted on these creatures as on domesticated species. Cats have three blood groups; chickens have up to 28, while ferrets don’t have different blood types, probably because they are highly inbred and have little genetic diversity.

Animal blood has proven useful for studies. Atlantic horseshoe crabs, for example, clots, have hemocyanin-rich milky blue blood that coagulates when exposed to bacterial toxins. Blood has been invaluable for testing drugs like vaccines to ensure they are free of contaminants.

However, this incredibly unique species has seen a massive population decline in recent years due to this discovery. Up to half a million of these crabs are caught each year and killed just to collect their blood. Scientists are working to create synthetic alternatives to eliminate the practice of catching and killing these animals.

Sign this petition to demand that horseshoe crabs be treated ethically!

Public funding gives us a greater chance to continue to provide you with high quality content.Click here to support us

For more content about animals, earth, life, vegan food, health and recipes published daily, subscribe to the Newsletter A Green Planet! Finally, public funding gives us a greater chance of continuing to provide you with high-quality content. Please consider support us by making a donation!