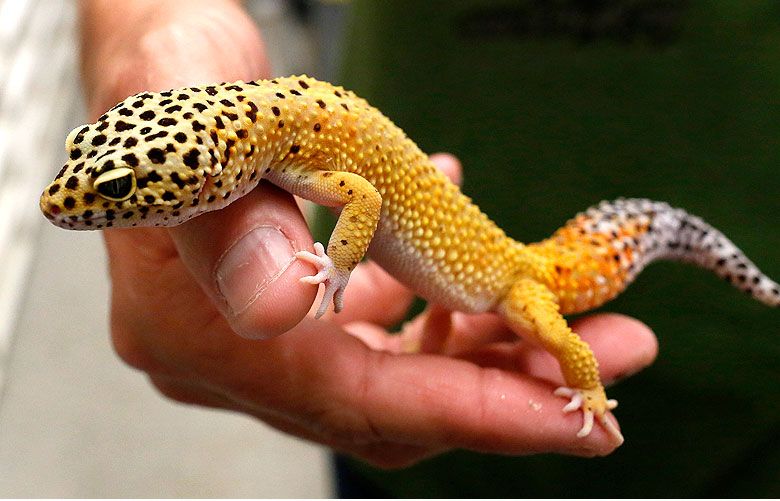 Reptiles are easier to keep than ever, with special equipment available at almost any pet store. This ease of access, however, means beginners can find themselves in over their heads.

Some species provide a rewarding introduction to these fascinating creatures. There are others to avoid.

The leopard gecko is a cute and easy-to-care-for little lizard. These desert natives don’t need extra humidity, except when shedding, and don’t need much extra heat either; it is enough to provide a heated area for lounging.

Leopard geckos eat readily available live insects, such as crickets, mealworms, and waxworms. “Almost every pet store will have these,” says Bonnie Keller, who has more than 19 years of reptile rescue experience.

You won’t need the special UVB bulbs that many species need. “Leopard geckos are nocturnal, so they don’t need synthetic sunlight,” says Jesse Rothacker. His rescue, Forgotten Friend Reptile Sanctuary, often takes in animals with poor health due to poor lighting, so it’s good to start with a species where this isn’t an issue.

Finally, leopard geckos are bred in captivity. Avoid buying wild-caught reptiles both for conservation reasons and because they are less likely to have diseases and parasites.

Corn snakes are great for beginners. Originally from the United States, they are adapted to our environment.

Widely bred for the pet trade, they come in a range of colors. “If you want a pink snake, you can get a pink corn snake,” Keller explains.

Feeding is easy, if you can overcome the ick factor: snakes need to eat whole prey. This is non-negotiable.

“There is no Purina snake food,” Keller says. “There are no vegetarian snakes.”

You can buy frozen mice at a pet store. Thaw them in a cup of warm water – snakes prefer their food hot – and you’re good to go.

Even those wary of reptiles tend to love turtles, but Keller is blunt: “They’re cute and they have a lot of personality, but they’re terrible pets.”

Water turtles need a large tank with good filtration and frequent water changes. Avoid red-eared sliders, which are sold cheaply as babies – and often get dropped in rescues.

So how about a turtle? They are also complicated. They need strong UVB light, which is difficult to provide indoors. Without it, Keller says, “their shells take on weird shapes, their nervous system doesn’t work properly. It takes years to see the effect, but by the time you noticed it, you’ve dramatically shortened your pet’s lifespan.

Keller only recommends turtles for warm climates where they can live outdoors year-round. Rothacker is a little less strict, but agrees that they have to spend a lot of time outdoors.

Many turtles also get way too big. This baby sulcata turtle may be the size of a golf ball, but it’s the third largest species of turtle in the world. “They can actually dig under the foundation of your house,” Keller says. “If you keep them indoors, they can go through drywall.”

If you’re determined, consider a Greek, Mediterranean, or Russian tortoise. “It may still live for 100 years, but at least it will be a proper size,” says Rothacker. However, it can be difficult to find one that is not wild caught. Avoid the native box turtles – they will also likely be removed from the wild and are a protected species.

Rothacker says one of the main reasons people give up on reptiles is because they got too big. The iguana is a common example.

“It ranges from needing a tank to needing its own room,” he says.

Iguanas can also be aggressive and can hurt you, and not just with their strong bite. “They not only have very large talons, but also a ridge running down their back that looks like a serrated knife on their tail that can cut right through the bone,” Keller explains.

Most people feel like they don’t catch the real giant snakes, but Rothacker says red-tailed boas are usually dropped because they’ve grown too big: about 12 inches when you get one, it’ll grow to 8 or 12 feet.

Before acquiring a reptile, make sure you have a veterinarian in your area who treats it. Keller says care sheets at major pet stores are generally of good quality now, and you’ll get great advice if you adopt a rescue group.

In addition to temperature, humidity and lighting requirements, remember that reptiles also have behavioral needs. Provide suitable habitat with opportunities to move and explore. Leopard geckos need hiding boxes, and you can buy some sort of sticky sand that will allow them to dig their own burrows. Corn snakes like to climb, so they take advantage of vertical space and branches.

And don’t forget to change it from time to time.

“At Christmas, we remove pine boughs from our tree and put them in our snake enclosures,” Rothacker explains. “It doesn’t take much, but put a new branch or rock in there and you’ll see them really exploring those things.”

Scientists discover 6 new species of lizards in the Western Ghats