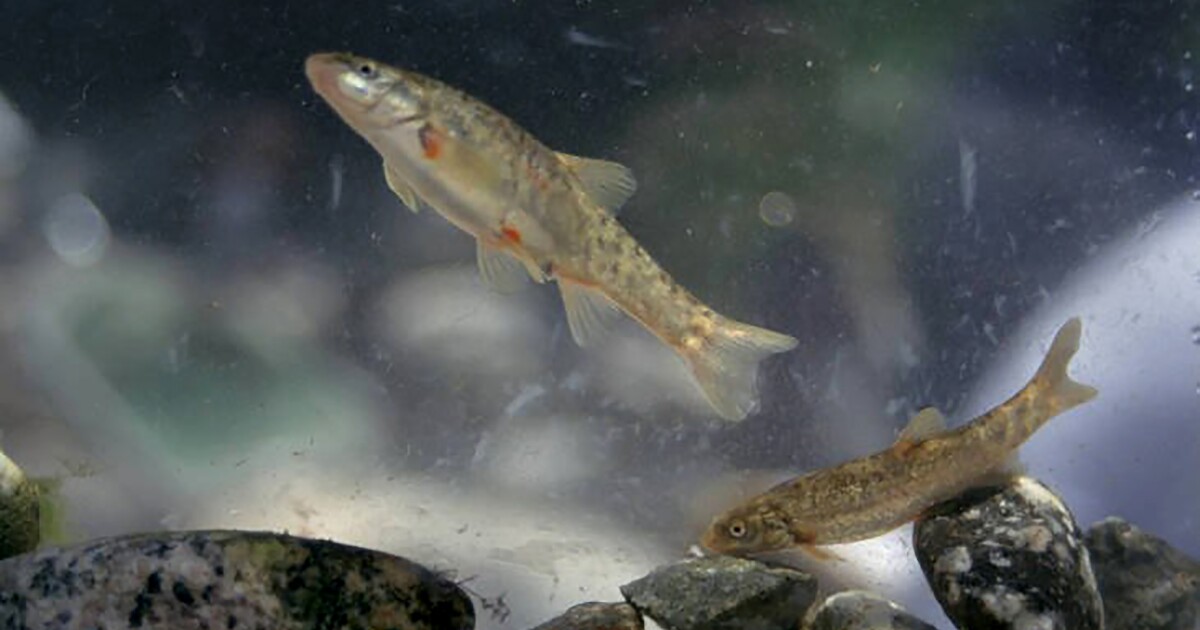 A small fish native to Southern California streams and a legless lizard swimming in the sand will be studied to determine if they are eligible for protection under the federal Endangered Species Act, a group of researchers said on Wednesday. conservation.

The Center for Biological Diversity said the US Fish and Wildlife Service has announced it will initiate a review of the condition of the Santa Ana Speckled Dace in response to a petition filed by the group last year.

The Temblor legless lizard will also be studied, which the conservation group says only lives in a small area in the southern San Joaquin Valley, where it is threatened by oil and gas drilling.

Dace, a type of minnow, is found in the Santa Ana, San Jacinto, San Gabriel, and Los Angeles river systems.

Dams, water diversions and urbanization have wiped out Santa Ana’s speckled dace from three-quarters of their former river habitats, according to the center, and they face persistent threats such as drought, fires, invasive species and climate change.

The remaining small populations of the species are now found mainly in the head tributaries of national forests, where they prefer perennial streams fed by fresh springs with overhanging vegetation and shallow gravel beds for the spawning.

The snake-like Temblor legless lizard lives only on the eastern side of the Temblor mountain range in County Kern.

Most of the lizard’s habitat is privately owned and is highly developed for oil and gas drilling which threatens it with habitat destruction.

“Legless lizards are very sensitive to noise and light generated by drilling operations,” the conservation group said in a statement. “Climate change, forest fires, invasive species, and habitat loss due to urban development and the construction of large-scale solar projects are also threats to the lizard’s survival.”