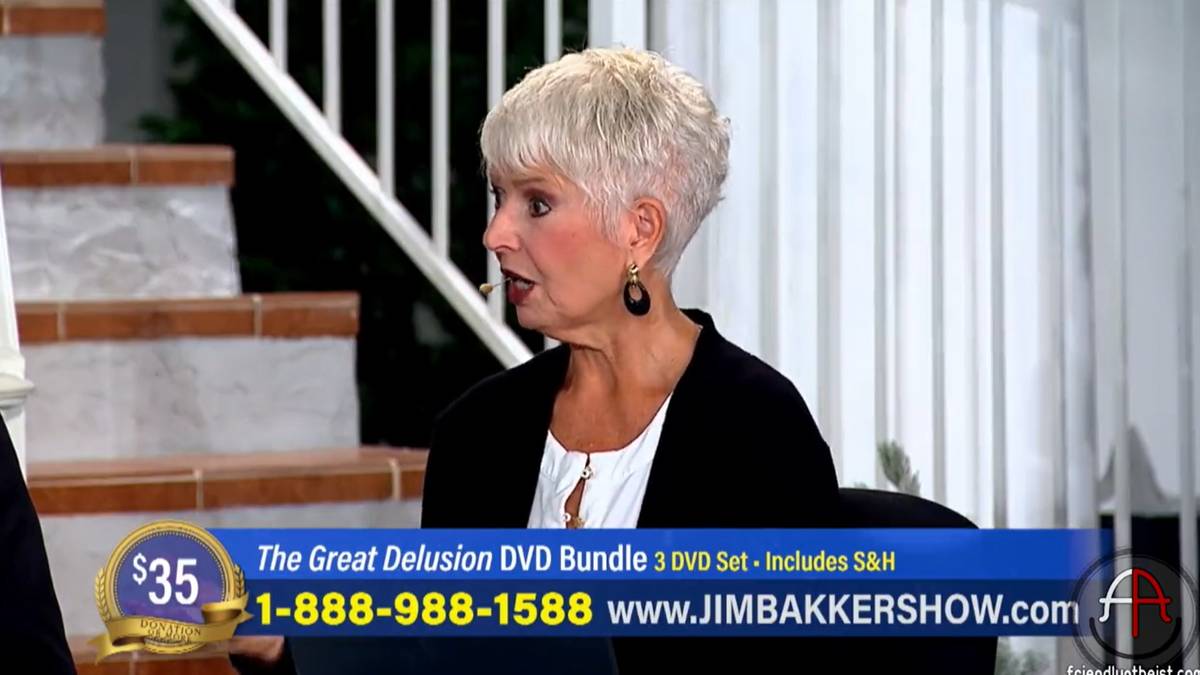 A preacher from the United States claimed that an alien, who turned out to be some kind of reptilian creature, repeatedly invaded her room disguised as her husband and tried to convince her to have sex with him . You can see these bold – and utterly bizarre – claims in the video below.

Honestly, there’s so much going on in that sentence that we’ll just have to start at the beginning and hope that by the end it starts to make sense.

On the online TV show, Gilbert spoke about his surreal encounter with the extraterrestrial being, which she says happened right after she married husband Derek.

She said: “After Derek and I got married…one night this other Derek appears in our bed.

“The real Derek is lying next to me.

“The other Derek sits down right away. It surprised me. I knew it wasn’t Derek.

“So I asked this creature, ‘Who are you?’ because he clearly wanted to have sex.

“He said ‘Come on, I’m your husband.’ I said ‘who are you?’ and he had the nerve to pretend to be Ahasuerus – Xerxes [the fourth King of Kings of the Achaemenid Empire who ruled from 486 to 465 BC].”

The alien claimed to be a character from several Old Testament books, as well as a guy called Derek who was there in the room at the time.

She went on to say that the creature visited her several times and only once managed to “verbalize the name of Jesus, that he was gone.”

Gilbert claims that she could hear the creature’s voice in her head and could not move, only managing to fight the creature when she could pray.

She believes the creature – which she says visited her a dozen times in five years – was trying to “use my free will to do something that was going to take me away from God”.

At the end, she thought “I’ve had enough”.

She explained: “I reached out and grabbed his face and said, ‘You’re a liar. And Jesus is real.’ And I shot this face to face. And underneath was a reptile.

Not just a reptile, he had ‘little creatures with him this time, these little halfling creatures and they looked like gargoyles, they were also reptilian.

“So underneath that face of Derek was a serpentine reptilian creature, probably similar to the one that visited the Anasazi…” she added.

The Anasazi were a group of Native American people who disappeared from New Mexico in the 14and century.

It should be noted that much of the episode of bakerwas promoting a DVD titled The Great Illusionwhich deals with conspiracy theories surrounding UFOs, aliens and other supernatural beings.