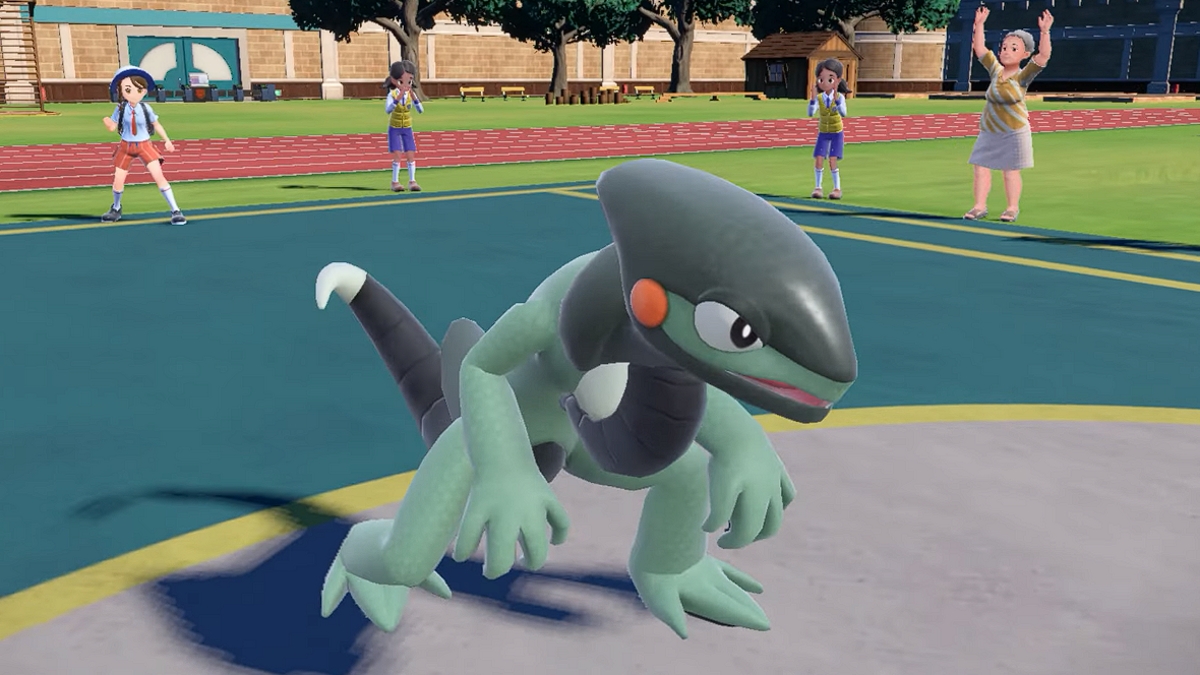 The latest information on Pokemon Scarlet and Violet involves a trailer that reveals brand new Pokemon and competitive moves.

Today at the Pokemon World Championships ceremony in London, a new trailer was shown for the upcoming Pokemon Scarlet & Violet games. In this trailer, a whole new species of Pokémon has been revealed along with some new competitive battle moves that could shake up the game.

The new Pokémon is called Cyclizar, a Dragon/Normal type lizard. It has a wheel-like design on its chest, much like the two legendary Pokemon from this generation, and has a new move called Shed Tail. Shed Tail spawns a Substitute, then swaps places with a waiting Party Pokemon, similar to Baton Pass.

A few new examples of Terastallizing, the games new gimmick, are also featured in this trailer. For example, we see a Tyranitar using a new move called Tera Blast which changes type when the user has Terastallized.

These new items and moves could definitely change the approach to competitive play in Pokemon Scarlet and Violet, and the new Pokemon Cyclizar is also interesting – is it related to the legendary Pokemon Koraidon and Miraidon, which also have wheel-like patterns on their breasts? We may have to wait to find out.

Pokemon Scarlet and Violet will be released later this year on November 18 on Nintendo Switch. If you purchase the game before February 28, 2023, you will receive a special in-game gift from a Tera Pikachu, whose special strike flies.

You can watch the trailer that showcases Cyclizar and the new competitive combat moves below.