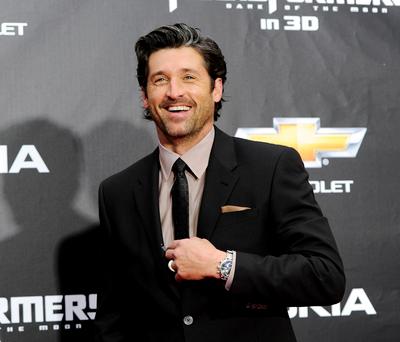 When “Grey’s Anatomy” debuted in 2005, Ellen Pompeo may have played the lead role, but handsome and charismatic co-star Patrick Dempsey was more famous and thus the initial draw for fans.

But that fame from his earlier film career and the show’s phenomenal success gave Dempsey, 55, plenty of on-set power, according to a new book that offers a behind-the-scenes oral history of ABC’s hit medical drama. . Soon, the show was hampered by reports of Dempsey’s diva fits, tension between him and Pompeo, and Dempsey and “Grey’s Anatomy”‘s eventual decision to part ways.

In Lynette Rice’s book, “How to Save a Life: The Inside Story of Grey’s Anatomy,” some cast and crew members open up about McDreamy’s dark side. It’s the nickname series creator Shonda Rhimes coined for Derek Shepherd, the “ideal man” and heroic neurosurgeon Dempsey played on the show. Dempsey’s unflattering portrait is sketched in an excerpt from the book published in The Hollywood Reporter.

“There were human resource issues. It was in no way sexual. He was kind of terrorizing the set,” executive producer James D. Parriott said of what happened with Dempsey during Season 11, his final season on the show.

“Some of the cast members had all kinds of PTSD with him,” Parriott added. “He had this grip on set where he knew he could shut down production and scare people. The network and the studio went down, and we had sessions with them. finish the show. He didn’t like the inconvenience of coming in every day and working. He and (series creator Shonda Rhimes) were at each other’s throats.

Producer and writer Jeannine Renshaw said Dempsey’s natural charm made him beloved by many. “We all love Patrick. Patrick is a sweetheart,” she said.

But she also said Pompeo, who played Dr. Meredith Grey, Shepherd’s love interest in the drama, was “frustrated” and “angry” with him over her perception that he wasn’t working as hard.

“She was very keen on making sure things were fair,” Renshaw said. “She just didn’t like Patrick complaining that ‘I’m here too late’ or ‘I’ve been here too long’, when she had twice as many scenes in the episode as he did.”

Renshaw added that Dempsey is “high energy” and not someone who likes to wait. “He wants to drive his race car or do something fun,” she said. “He’s the kid in the class who wants to go to recess.”

An unnamed crew member agreed that Dempsey’s behavior “wasn’t the best” and that he could act as “the Lone Ranger”. But the cast member said he liked Dempsey and noticed he had no one to talk to, especially after some of the show’s actresses got “all that power.”

For his part, Dempsey, who participated in the book, said he was tired of the long workdays and the intensity of working on a weekly television series.

But Dempsey denied having diva intentions, saying he could only be grateful to be on the show because he was “well paid”. He also admitted that he probably stayed on the show longer than he should.

“It (was) hard to say no to that kind of money,” he said. “How do you say no to that? It’s remarkable to be a working actor, and on top of being on a visible show. And on top of that, being on a phenomenal show known around the world and playing a character loved around the world. It’s very heady. It was a lot to process, and I didn’t want to let that go, because you never know if you’re going to work again and be successful again.

Parriott said the show worked out several storylines to try to keep Dempsey on the show, including one where his character would stay in Washington, D.C. so he could film completely separately from Pompeo and others. But the network “ultimately decided that just bringing him back was going to be too much for the other cast members,” Parriott said.

“The studio just said it would be more trouble than it was worth and decided to move on,” Parriott added. The show killed off McDreamy in the season 11 episode “How to Save a Life”.

Dempsey’s final scenes were filmed at a hospital in Hawthorne, Calif., 22 miles from the show’s home studio in order to make his character’s death a major TV surprise.

But the secrecy meant there was little fanfare when it was learned on set that Dempsey had left the show, added costar James Pickens, Jr.

“It was kind of on the fly,” Pickens said. “So whatever information we got, we got it pretty much right before it happened,”

As “Grey’s Anatomy” fans know, McDreamy made a return to the show in November 2020 in episodes depicting dreams or hallucinations that Meredith Gray had while in a COVID-19-induced coma.