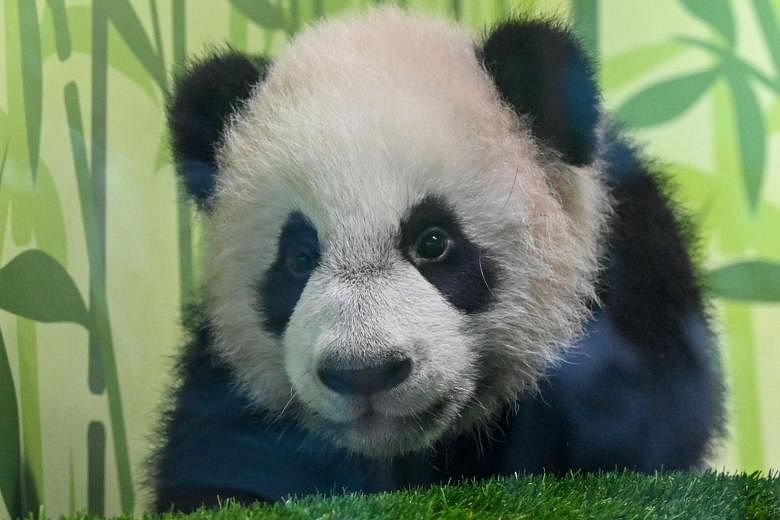 In a statement released on Wednesday (February 23rd), the Mandai Wildlife Group (MWG) said these births and hatchings were spread across 160 species, 44 of which are listed as threatened on the International Union for Conservation of Wildlife’s Red List of Threatened Species. nature.

The birth of Le Le to River Wonders is the result of years of hard work and dedication by animal care teams, as well as a significant breakthrough in MWG’s breeding efforts, according to the release.

The zebras are part of a population management program by the European Association of Zoos and Aquariums. Dogs are one of Africa’s most endangered large carnivores and were once widespread in the continent’s savannahs, but are now endangered.

In the RepTopia section of the zoo, more than 70 endangered golden mantella frogs have hatched along with a pair of Sakishima grass lizards and three endangered Southeast Asian box turtles, also known as the name of Malayan box turtles, native to Singapore.

The zoo also managed to successfully breed the unique false gharial for the first time. Also known as the tomistoma, this endangered species of Southeast Asian crocodile is notoriously difficult to breed under human care as very specific conditions are required for their reproduction.

The Night Safari celebrated last Christmas with the birth of a Sunda slow loris, an endangered species of primate native to Southeast Asia. These primates are threatened with extinction due to growing demand from the illegal pet trade and their purported healing properties.

The statement adds that the birth of the slow loris is “welcome as it contributes to the efforts of the MWG in managing the international ex-situ breeding program for this species”.

Ex-situ breeding programs are those that take place outside of an animal’s natural habitat in zoos or aquariums.

Two masked palm civets were also born at the Night Safari for the first time. Although native to Singapore, sightings of this species have been rare compared to the common palm civet.