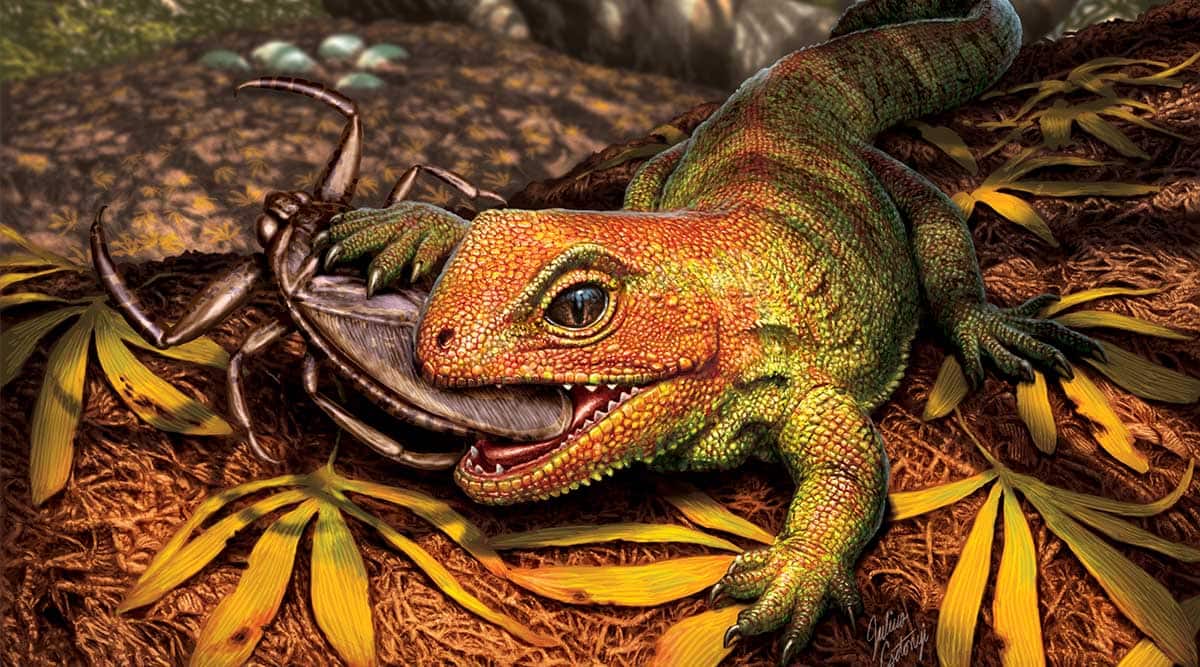 Scientists have discovered an extinct prehistoric reptile species that lived among dinosaurs during the Jurassic period.

Opisthiamimus Gregorithe ancient reptile that lived among the dinosaurs: A team of researchers has discovered a new, extinct species of lizard-like reptile that lived among dinosaurs. Opisthiamimus gregori lived in North America during the Jurassic Period about 150 million years ago, around the same time as the Stegosaurus and Allosaurus dinosaurs. The reptile belongs to the same lineage as the tuatara, which is found in New Zealand.

You have exhausted your
monthly limit of free stories.

You need a subscription to continue reading.
Now available from only
Rs 83 per month.

This premium item is currently free.

The discovery was made using a few specimens and a well-preserved fossil skeleton excavated in Wyoming, USA. Researchers plan to study why an entire ancient order of reptiles all but disappeared, leaving behind only the tuatara. The research is documented in an article published in the Journal of Systematic Palaeontology.

“What’s important about the tuatara is that it represents this huge evolutionary story that we get to capture in what is likely its final act. Even though it looks like a relatively simple lizard, it embodies quite an evolutionary saga dating back more than 200 million years,” Matthew Carrano, who was part of the research team, said in a news release from the Smithsonian National Museum of Natural History.

O.Gregori would have looked like an iguana with a bit of heft but he and his relative, the tuatara, aren’t lizards at all. They both belong to the order Rhynchocephalia, which diverged from lizards at least 230 million years ago, according to Carano.

At their peak in the Jurassic, rhynchocephali proliferated almost worldwide and came in many different sizes. They filled many ecological niches ranging from aquatic predators to bulky herbivores. But for some reason, they all but disappeared when lizards and snakes became the most diverse reptiles in the world.

The tuatara has some strange characteristics that set it apart from other reptiles like snakes and lizards, such as teeth fused to the jaw bone and the fact that they can live for up to a hundred years. These are explained by the evolutionary gap between them and other reptiles.

“These animals may have become extinct partly due to competition from lizards, but possibly also due to global climate change and habitat modification. It’s fascinating when the dominance of one group gives way to another group during evolution, and we still need more evidence to explain exactly what happened, but fossils like this are the way we’re going to set it up,” said said Carrano.

The newly discovered reptile fossil is almost complete, apart from its tail and parts of its hind legs. According to Carano, such a complete skeleton is rare for small prehistoric creatures since their relatively fragile bones are destroyed before or after they are fossilized.