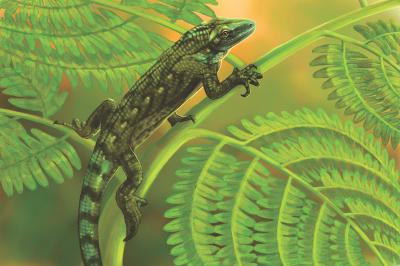 New Mexico is the #4 state with the most dinosaur fossils

Research indicates that the oldest known climbing reptile came from German rocks around 290 million years old. They say this fossil was discovered in 305 million year old rocks from Earth’s Pennsylvanian period. The reptile was named ‘Eoscansor,’

The new discovery pushes changes to understand when the reptiles first started climbing. “Once again, a fossil find from New Mexico is rewriting the textbooks of paleontology. In this case, revealing a tiny, nimble climber who is a previously unexpected inhabitant of the Pennsylvanian world,” Dr. Spencer G. Lucas, curator of paleontology at NMMNHS said in a statement.

The researchers say features of the fossil skeleton show it climbed trees and its teeth show it most likely ate insects. They describe it as a small, nimble climber and say its discovery most likely means there are other similar reptiles that have not been discovered.