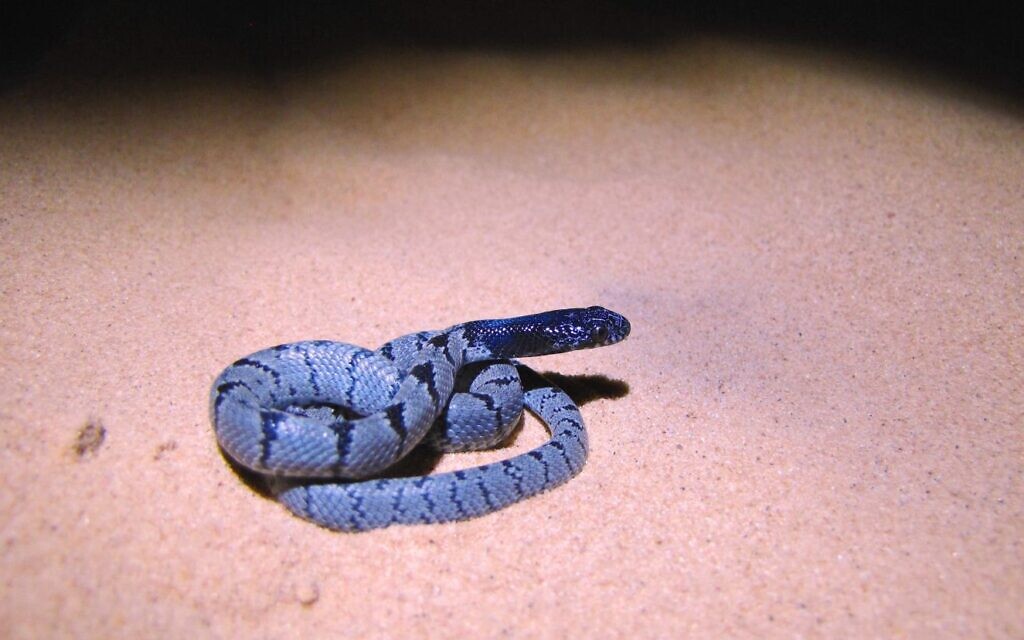 Israeli researchers have warned of possible mass extinctions of reptile species around the world, including half of all turtle and crocodile species, mainly due to habitat destruction.

The warning, issued last week, follows an international study involving 52 researchers from around the world, including Israel, which found that one in five reptile species on earth are at risk of extinction.

Of 10,196 reptile species covered by the research, nearly 2,000 species are at risk of extinction, the study authors said, the first of its kind to address the issue on such a broad scale.

The extensive study was conducted by the International Union for Conservation of Nature (IUCN) over an 18-year period and involved Israeli researchers from Tel Aviv University and Ben-Gurion University of the Negev. The alarming results were published in late April in the peer-reviewed scientific journal Nature.

“In general, the state of the world’s reptiles is poor,” Professor Shai Meiri of Tel Aviv University said in a statement last week. “The biggest threat to reptiles is the destruction of their habitats due to agriculture, deforestation and urban development,” he noted.

Invasive species are also a major threat and the danger of climate change remains uncertain.

While comprehensive extinction risk assessments have been available for birds, mammals and amphibians for years, reptiles have been largely overlooked in the field so far, the international study authors said.

The IUCN aimed to assess the threat of extinction posed to various species based on their specific characteristics, such as reproductive rate, natural habitat and proximity to humans.

Each species has been classified according to its level of threat to allow decision-makers and conservation organizations to prioritize the protection of the most threatened species.

Uromastyx aegyptia, a species of lizard endemic to North Africa and the Middle East, defined by the IUCN as “vulnerable”, meaning that its global population is declining. (Alex Slavenko/Tel Aviv University)

The condition of reptiles is “worse than that of birds and mammals, but not as bad as that of amphibians,” Meiri said, adding that “turtles are in a worse position than lizards and snakes.”

The study found that 58% of all turtle species and 50% of all crocodile species are in danger of extinction. Populations of turtles and crocodiles are reduced by hunting, unlike other reptile species, which are mainly affected by habitat destruction, Meiri said.

By mapping the threats each species faces from a global perspective, the study offers an opportunity to direct conservation efforts where they are most needed, the authors said.

“For example, if a particular species is highly threatened in the Arava Desert of Israel, but not in the rest of its range which may span the entire Arabian Peninsula, then overall it is not considered a endangered species,” Meiri said.

Despite the study’s global reach, there’s still a long way to go, according to Dr. Uri Roll of Ben-Gurion University.

“This is important work that forms the initial basis for risk assessment in various reptiles around the world, but it is certainly not the end of the story,” he said. . “We still lack a lot of information about the different risks faced by reptiles. For example, climate change is expected to have significant effects on reptiles. The current assessment just published does not yet include these future threats in its reptile risk assessments. 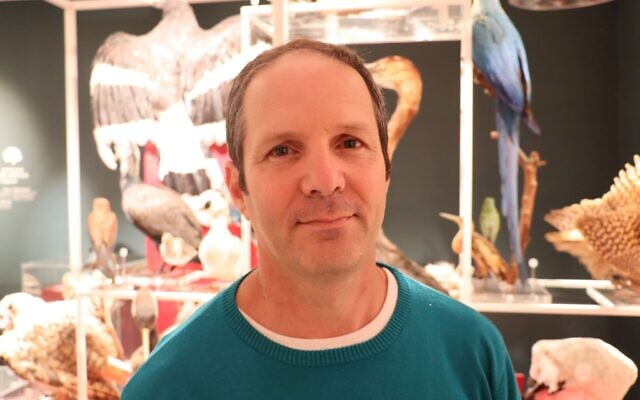 “Our world is facing a biodiversity crisis and serious human-caused changes to ecosystems and species, but funds for conservation are very limited,” Roll said. “It is essential that we use these limited funds where they could provide the greatest benefits.”

Additionally, the IUCN assessment left out a number of reptile species that have not yet been assessed or were assigned a data deficient category that precluded their prioritization for conservation.

“However, we can use information on species that have already been assessed to better understand the risks for those that have not yet been assessed,” said Dr Gabriel Caetano of Ben-Gurion University.

“Species may share physiological, geographic, and ecological attributes (often via shared evolutionary history) that make them more threatened and experience similar sources of threat when they occur in similar locations,” he said in a statement.

To fill the gaps in the IUCN assessment, a group of international researchers used advanced machine learning modeling to address species that have not been assessed by the IUCN. Their findings were published in the PLOS Biology scientific journal.

“In our work, we tried to mimic the IUCN process using mostly remote sensing data and advanced machine learning methods. We used species that have been assessed to teach our models what makes a threatened species and then predict the threat categories of unassessed species,” said Caetano, lead author of the companion study.

And according to this study, “unassessed and data deficient reptiles were significantly more likely to be threatened than assessed species.” 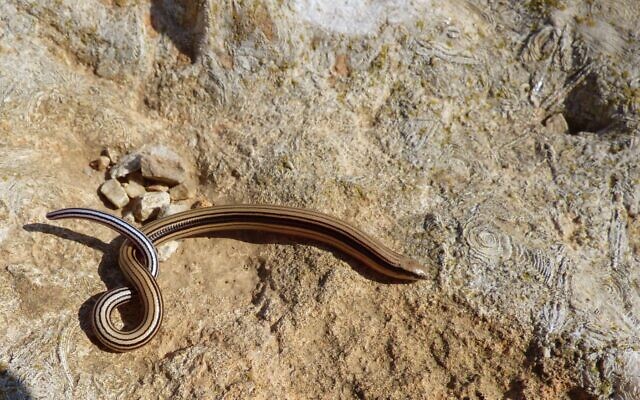 Latast’s snake skink, a skink lizard species endemic to the Near East, defined by the IUCN as “data deficient”, preventing its prioritization for conservation. (Professor Shai Meiri, Tel Aviv University)

Nevertheless, IUCN offers a first-of-its-kind comprehensive database that will allow decision-makers to understand the specific conservation needs of most reptile species, potentially enabling more effective solutions to the crisis.

The IUCN says its research is “a vital indicator of the health of global biodiversity”.