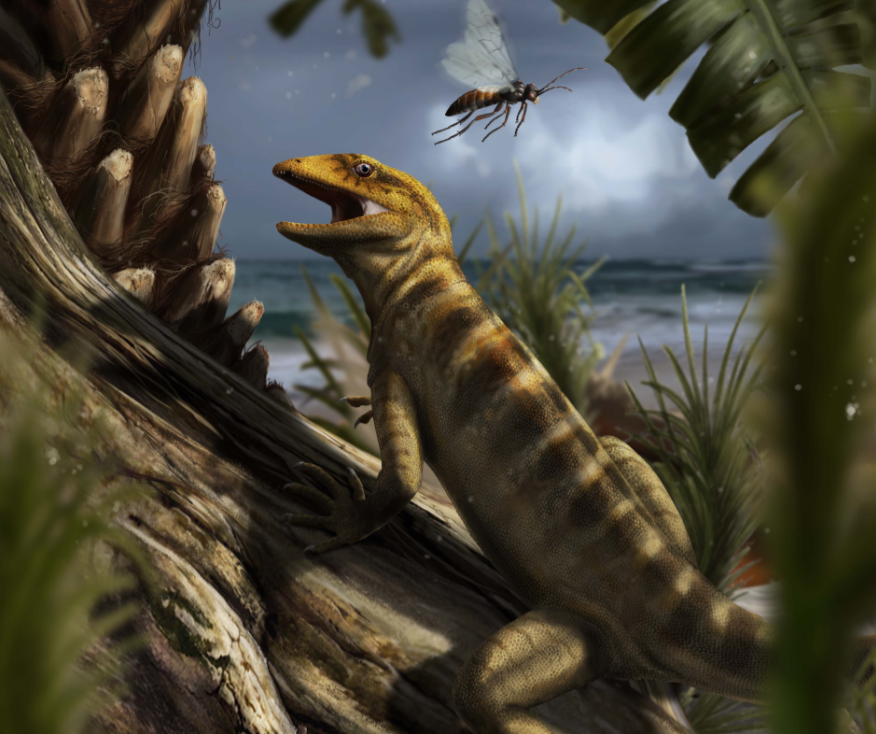 About 15 years ago, a fossilized lizard the size of a chameleon was discovered deep in the Dolomites mountain range in Italy. Buried for hundreds of millions of years under sand and clay, Megachirella wachtleri is rewriting the history of reptiles today.

Originally mislabeled as a member of a larger group of reptiles, scientists write in the journal Nature eventually discovered that not only is Megachirella a lizard, but it is the oldest known lizard in the world.

At 240 million years old, the animal pushes back the history of squamates – a group of scaly animals including all lizards and snakes – by around 75 million years.

“When I first saw the fossil, I realized it had important features that could link it to the early evolution of lizards,” said study co-author Tiago Simões of the University of Alberta in Canada. AFP.

Read more: These dinosaur tracks are 200 million years old, but tourists are still tearing them up

Simões and his team scanned the fossil and discovered that it had a tiny lower jaw bone characteristic of squamates, and squamates alone, among other distinguishing features. They put together the largest reptile dataset ever to identify Megachirella’s place in the family tree.

“I spent nearly 400 days visiting more than 50 museums and university collections in 17 countries to collect data on fossil and living species of reptiles in order to understand the early evolution of reptiles and lizards,” explained Simões. at AFP.

The discovery sheds light on the weird and wonderful family of squamates. An incredibly diverse group of terrestrial vertebrates, scientists had struggled to bridge a 70 million year gap between the fossil record and DNA-based predictions of evolutionary history.

The new evidence suggests that these creatures split off from other reptiles before a mass extinction 252 million years ago. Hardy squamates survived this Permian/Triassic extinction event, which wiped out over 70% of life on our planet. The group branched out soon after, eventually becoming the rich group of creatures we know today.

This particular fossil, study co-author Michael Caldwell of the University of Alberta told AFP, is something of a Rosetta Stone for the evolution of snakes and lizards. the original Rosetta stone helped scientists translate ancient Egyptian hieroglyphs.

Before this work, he added: “[We] really had no real understanding of where they came from in terms of their evolutionary history.”

This latest discovery leaves yet another big gap in the fossil record, Simões said. Live Science. “What we are discovering is just the tip of the iceberg, and there is still a long way to go to understand the early evolution of squamates,” he said.