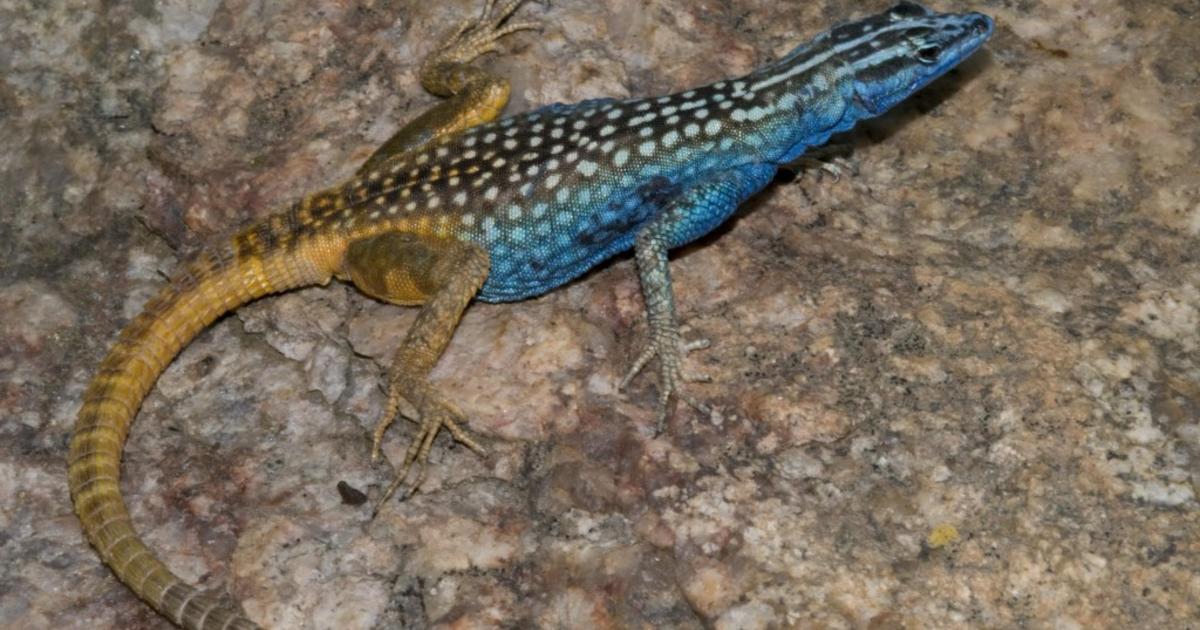 This lizard isn’t afraid to show its true colors.

Researchers have discovered a dynamic new species of flat lizard that is half blue and half yellow. They named the new lizard Platysaurus attenboroughi, after broadcaster and naturalist Sir David Attenborough. Attenborough is known for his BBC “Life” series, which covered different aspects of natural history.

“We thought it fitting that the lizard was named after the world-renowned naturalist after he made a closely related species of flat-topped lizard famous in the BBC series ‘Life in Cold Blood’,” said the Dr Martin Whiting, researcher at Macquarie University in Sydney. , Australia who led the research team.

Flat lizards, known for their bright colors, belong to a family of lizards found only in Africa.

“We realized there were more species than are currently described and there was a real need to discover or build a ‘family tree’ for flat lizards,” Whiting said.

Here Be Dragons: 3 Spiny Lizard Species Found In The Andes