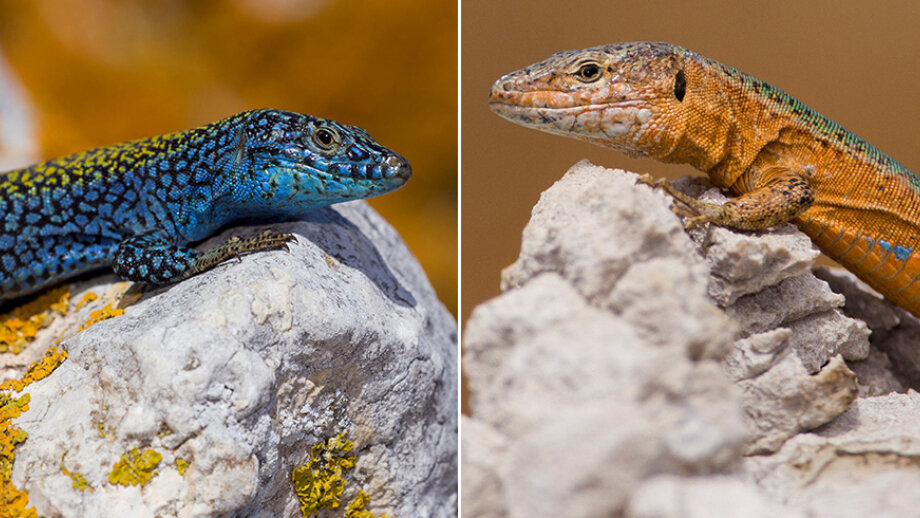 New species formed when the Mediterranean dried up

A new study may have discovered why wall lizards have become the most successful reptile in the Mediterranean region. The results reveal how drastic changes in sea level and climate 6 million years ago affected species formation in the region. Researchers believe they can now explain why lizards have become so diverse and widespread, something that has puzzled biologists since the 19th century. The study is published in Nature Communication.

The evolution of wall lizards offers clues to how major events in Mediterranean climate and geology millions of years ago affected the formation or extinction of species, and also paved the way for the biodiversity.

Wall lizards are around 20 million years old. However, species formation seems to have accelerated soon after the Messinian salinity crisis 6 million years ago. During this period, the Mediterranean nearly dried up, only to quickly fill with water again when the Strait of Gibraltar opened up.

“Our results show that the dramatic changes at the time probably contributed to the emergence of new species. They also explain why biodiversity looks the way it does today,” says Tobias Uller, professor of evolutionary ecology. at Lund University, who led the international study.

Research indicates that species isolated from each other for millions of years have sometimes found each other and shared genes. By comparing the DNA sequences of 26 species and eight subspecies, the team managed to map key features of wall lizard evolution. This included which parts of the genome were transferred from other species by hybridization.

An example is the wall lizards found in Ibiza. Half of their genes come from wall lizards that live today in the Iberian Peninsula, and the other half from those found in the Balkans and among the Greek islands. The Ibizan species is therefore originally a hybrid, which has provided evolution with great opportunities to combine old genes in new ways.

According to the researchers, this probably explains why species like the Ibizan wall lizard are so surprisingly variable in coloration: despite close relationships and geographic proximity, they are one color on an island, but a variety of colors on the other, for example.

“We believe that hybridization has fueled evolution, promoting biodiversity and the extraordinary adaptability of certain species”, concludes Tobias Uller.

European settlers led to the mass extinction of reptiles on the islands of Guadeloupe: study