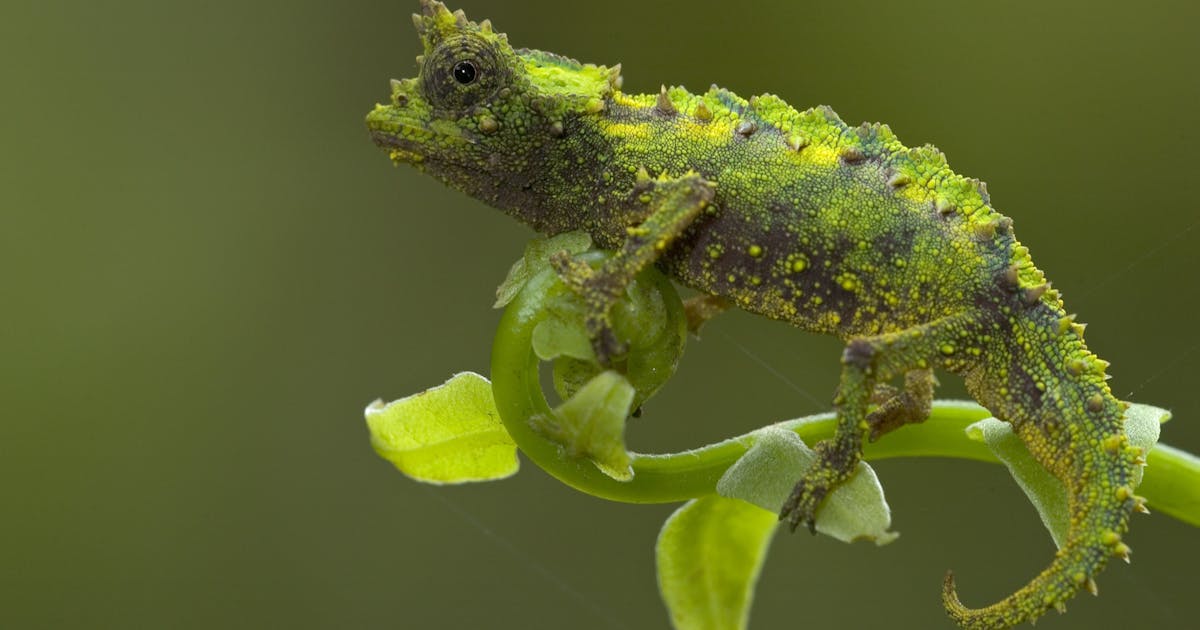 More than a fifth of reptile species are threatened with extinction

In the most comprehensive examination to date of the risks facing reptiles, scientists find that more than a fifth of all these species are threatened with extinction.

A new studypublished today in Nature, assesses the world’s more than 10,000 reptiles – from turtles, snakes and lizards to crocodiles – and warns that humanity must conserve them to avoid dramatic changes to Earth’s critical ecosystems.

“Reptiles are one of the most diverse groups of vertebrates – we’re talking about species that have been largely overlooked in conservation studies – and the potential loss is stark,” said Conservation International scientist Neil Cox, who co-directed the study.

“This threat analysis is the most comprehensive to date. We found that more species of reptiles are threatened than birds, a sign that global efforts to conserve them need to be stepped up.

A photograph of a Carter’s semaphore gecko (Pristurus carteri). The species is endemic to Oman. (© Johannes Els)

The edge of extinction

In terms of evolution, reptiles have had a very successful track record – surviving catastrophic meteors, continental drifts and fluctuating temperatures over hundreds of millions of years.

But in the Anthropocene, an era dominated by human impacts, their resilience may be coming to an end, according to Cox.

“Our data shows that reptiles are increasingly threatened by widespread habitat loss due to logging and agricultural expansion,” he said. “Rising reptile extinctions could unbalance food webs around the world, as these species play indispensable roles in ecosystems as prey and predators of many other species.” 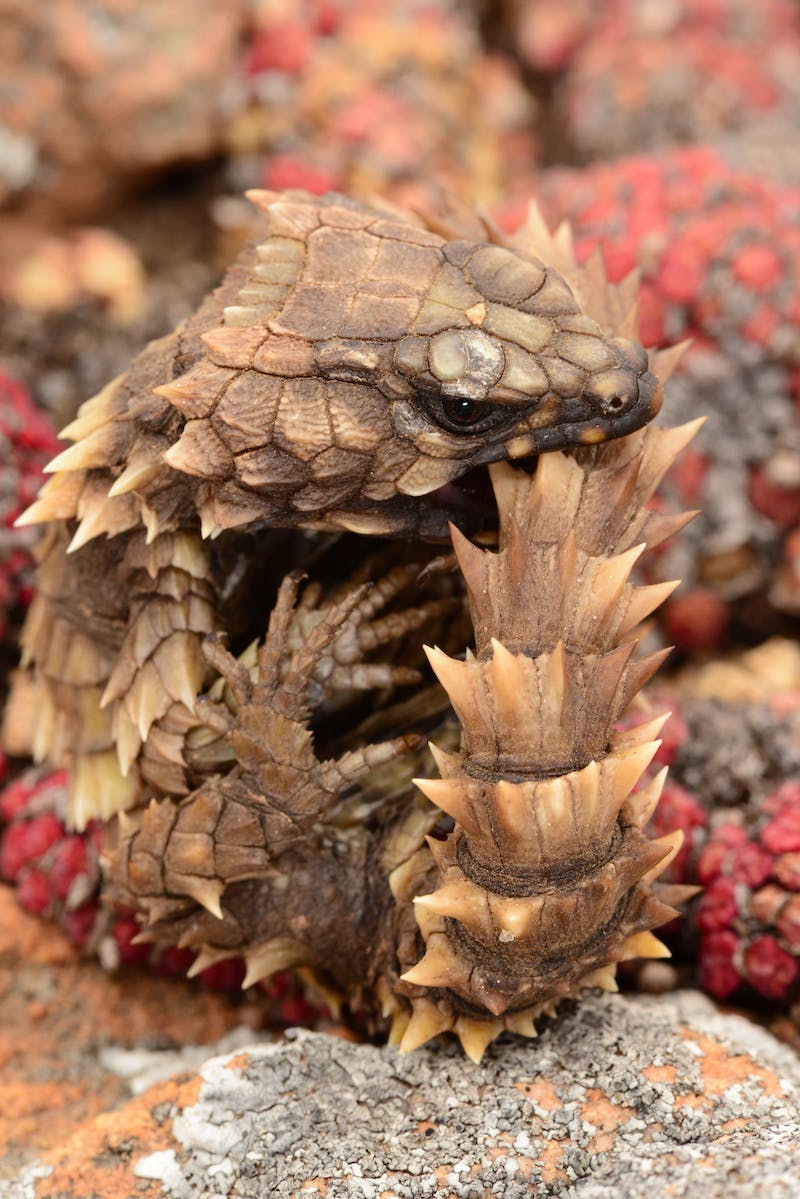 A photograph of a girdled armadillo lizard (Ouroborus cataphractus) taken in South Africa. The lizard is in its defensive posture (© Johannes Els)

By combining data on extinction risk IUCN Red List of Threatened Species and input from more than 900 scientists around the world, the study authors found that endangered reptiles are concentrated in tropical areas such as Southeast Asia, West Africa and northern of Madagascar – where deforestation rates are particularly high.

And another threat looms on the horizon for these scaly species: climate change.

“As ectotherms – species that depend on external sources of body heat – reptiles are particularly vulnerable to temperature changes fueled by climate change,” said Cox, who is the joint’s director. IUCN-Conservation International Biodiversity Assessment unit. “In dry and arid areas such as the desert, many reptiles are already living at the limit of their heat tolerance. A small increase in temperature could make their habitats unlivable. 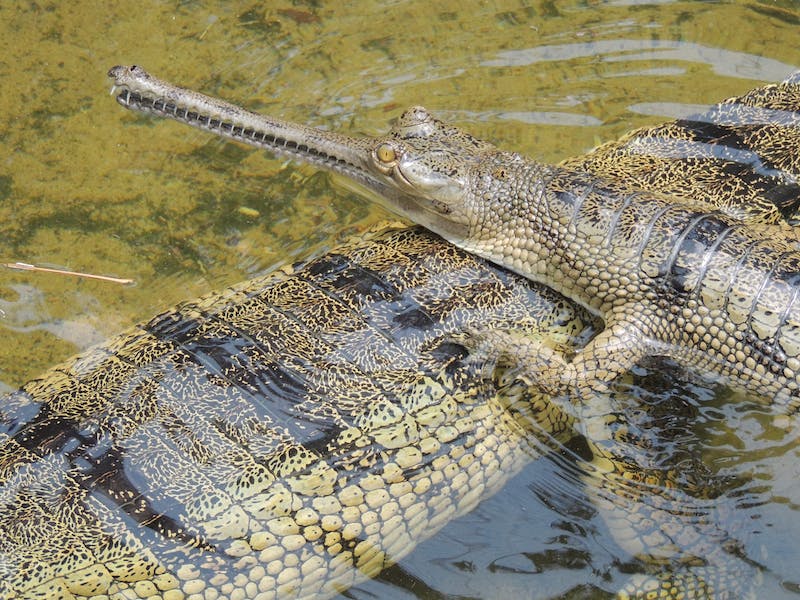 A photograph of a gharial or fish-eating crocodile (Gavialis gangeticus), which is a critically endangered species. The photograph was taken in India (© Johannes Els)

Although the findings of this study are grim, there is a silver lining, Cox said.

“Determining which activities harm reptiles also gives us insight into how we can protect them,” he said.

For example, in India, urban development is pushing a species known as Thackeray’s dwarf gecko to the brink of extinction. Armed with this information, local conservationists can develop strategies to protect the gecko, such as creating a conservation management area to prevent habitat loss.

The study found that many global conservation initiatives implemented for other species are likely to benefit reptiles, especially in the tropics. However, more targeted efforts will be needed to protect the most vulnerable reptile species, such as heavily exploited freshwater turtle species, Cox said. 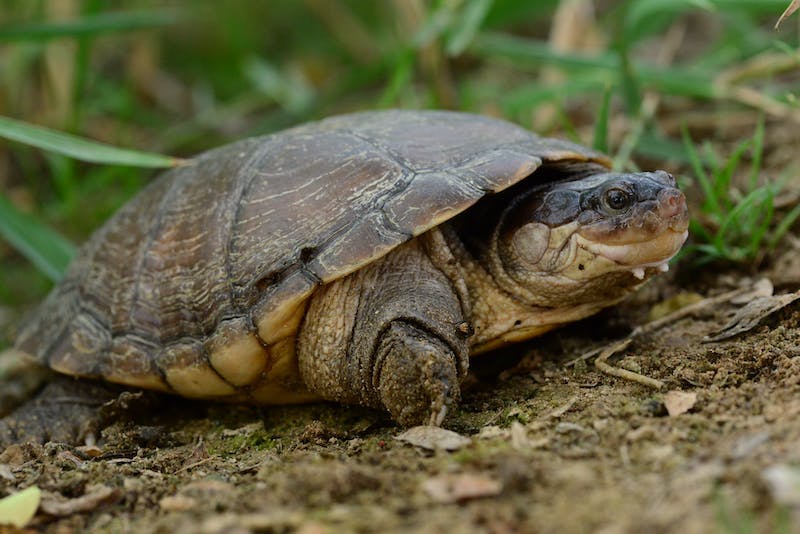 A photograph of an Arabian Helmeted Tortoise (Pelomedusa barbata). The endangered species is endemic to Arabia, including southwestern Saudi Arabia and Yemen. (© Johannes Els)

As world leaders prepare to meet later this year at the United Nations Convention on Biological Diversity in Kunming, China, data from the reptile study can help inform negotiations to protect biodiversity from Earth over the next decade.

“Now that we have a global assessment of what is harming reptiles, we can incorporate this data into our conservation practices and policies,” he said. “It’s time to give the reptiles their due. We cannot let this group of animals, which have survived on Earth for millennia, fall through the cracks of conservation efforts.