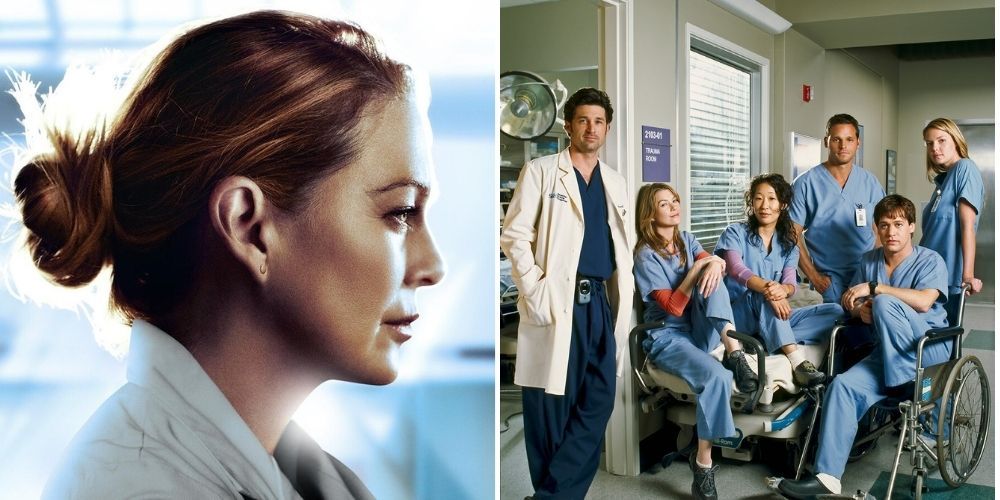 Speaking of writing: some of the best dialogue comes from Meredith Gray herself – the series’ namesake – in her opening and closing monologues and in her interactions with loved ones, friends, family, or friends. bosses. They have been the subject of numerous status updates, sound bites and tweets across the internet since its inception.

His verbal ideas about friendship, in particular, are among the philosophical, nostalgic, and relatable.

“… and be whole and healthy and be a warm, slimy person who lives with a boy … so I need you on board …[B]because you’re the only one who knows me …[R]really knows me. “

This Season 5 Episode 1 track “Dream a Little Dream of Me” sees a number of things happen, but one of the most important is Derek (Patrick Dempsey) moving in with Meredith (Ellen Pompeo). During the day, Meredith finds Cristina (Sandra Oh) and tells her this, pointing out that she won’t be able to do it if Cristina abandons her and that she will never have the happy ending with Derek if she desperately wants to.

As friendships fade, girls need their friends when in a romantic relationship for a multitude of reasons – and here we see Meredith being very emotional in front of Cristina.

“… planning a murder?” A nuclear attack? It’s ok, I’m going to get on board I’m sure you have a good reason, but let me know! “

“If Only You Were Lonely” (8.16) sees a lot of things happening in Seattle, like a new nurse and a coffee explosion that requires everyone to be on deck. This quote from Meredith comes when she sees Cristina looking at the nurse again and pulls her into a room to ask her what her plans are.

She confides that she thinks Owen (Kevin McKidd) is cheating on her, but they both agree that’s not the case. It’s a time when we see the two aligning themselves in their friendship, especially on something so serious.

“… whatever words you use, they all mean the same thing. Happy …[G]important for friends, family, happy just to be alive. “

“Thanks for the Memories” (2.9) gives viewers a Thanksgiving episode that sees doctors, interns and assistants doing various things: Meredith finds refuge in the hospital, George (TR Knight) goes hunting with his father and her brothers, and Izzie (Katherine Heigl) prepares, cooks and sets a Thanksgiving table with dinner and decorations, but to no avail, as it seems no one will show up for it.

Viewers hear these words in Meredith’s closing monologue and feel a special kind of warm thank you upon hearing it.

seven “I think it’s important to take the time …”

“… to tell the people you love how much you love them while they can hear you.”

These very important words, spoken in the Season 5 finale titled “Now or Never”, come at a crucial time.

George and Izzie are on the verge of death (respectively from being hit by a bus and from aggressive skin cancer). Several episodes ago, Derek asked Meredith to marry him, and she has sat on it ever since – until this point in the drama.

She decides, amid the chaos and grief of losing her friends, that she is going to marry Derek. Meredith reminds the audience to tell their loved ones how much they love while they can hear it because she can’t to George and Izzie.

“… this is the chance you are giving your friends to catch you.”

“Much Too Much” (2.10) follows the characters as they face romantic embarrassments, personal issues, and big questions, like the performance of Alex suffering from his intimate troubles, and Meredith seeing her one night in the emergency room. for a penis problem.

Meredith has an emotional confrontation with Derek in the stairwell, which leaves her reeling. This quote is apt in light of its heartbreaking – and embarrassing – circumstances.

5 “Friends are the family we choose”

In “Grandma Got Run over by a Reindeer” (2.12), Christmas comes to Seattle. As Izzie oversees a father who injured himself hanging up holiday decorations, Cristina performs a heart transplant on a downcast boy, and George smiles and endures with a bossy family.

These all too true words from Meredith come in her closing monologue, reminding fans that while we can’t choose our family, we can choose our friends… who, if they’re lucky, become family.

“… and rightly or wrongly, she was there when you weren’t there.”

The emotionally charged events of Season 3, Episode 9 “From a Whisper to a Scream” unfold.

Cristina has a crisis of conscience as she and Preston’s (Isaiah Washington) secret about her hand begins to show her ugly face. Izzy pushes the boundaries when it comes to his probationary period, and Callie tries to explain to George after a big mistake.

Derek and Meredith are lying on the bed as he tells her, disappointingly, that she knows all the time about the hand, and that she should have told him (because Derek was the one who operated on him, thinking that Preston was ready for surgery).

Meredith tells Derek that she couldn’t say anything because Cristina trusted her; she’s her best friend, and when Derek left her for Addison and stayed with her awhile when he was away, Cristina was there, so it was the least she could do in return.

“… and that means no matter how long it takes, when you finally decide to look back, I’ll still be there.” “

In “Band-Aid Covers the Bullet Hole” (2.20), Cristina reluctantly babysits Miranda’s baby (Chandra Wilson), and Meredith and Derek try to be friends, although she doesn’t really confide in him on the half-sleeping with George.

After that disastrous night, George refuses to speak to Meredith – until she traps him in an elevator. She apologizes fervently and tells him that he may be crazy, but when he decides not to be because they are true friends, she will be there, waiting for him.

In season 10, “Fear (of the unknown)” of episode 24, Cristina leaves for Zurich to explore a new employment opportunity, but is not sure whether she is entirely ready to leave her life in Seattle. behind her, especially after everything she’s been through.

In a tearful episode before Cristina’s release from the show, Meredith says this to her longtime best friend and confidante. It made the hearts of onlookers swell as they thought of their own close comrades.

That sums it all up: Meredith – and many other characters on the show – uttered this phrase to their best friends.

It all started in Season 2, Episode 1. “The Raindrops Keep Falling In My Head” have fans witnessing the fallout from the Season 1 finale: Meredith is in shock to find out that Derek is married, the Bartender Joe collapses at the bar, Cristina has a life-changing date, and Alex works to woo Izzy.

Cristina first mumbles this line to Meredith when she needs an emergency contact for her date, and from there it took off and became the mantra of best friends around the world.

NEXT: Grey’s Anatomy: 10 Fan-Ship Relationships We Wish Were Real


Following
The Avengers Movies: 8 weirdest scenes, according to Reddit

Victoria currently resides in Old Dominion, The Mother of Presidents, The Cavalier State of Virginia with her husband, son and cat. Originally from Kansas, she graduated from High School, AA, BA, and MA from Kansas Schools in 2011, 2013, 2015, and 2018, respectively (the last 3 being all in English). She has taught high school and college and, while she loves it very much, is taking a step back. In her free time, she enjoys reading, writing, meditating, sleeping and eating; the usual.

New species formed when the Mediterranean dried up – sciencedaily