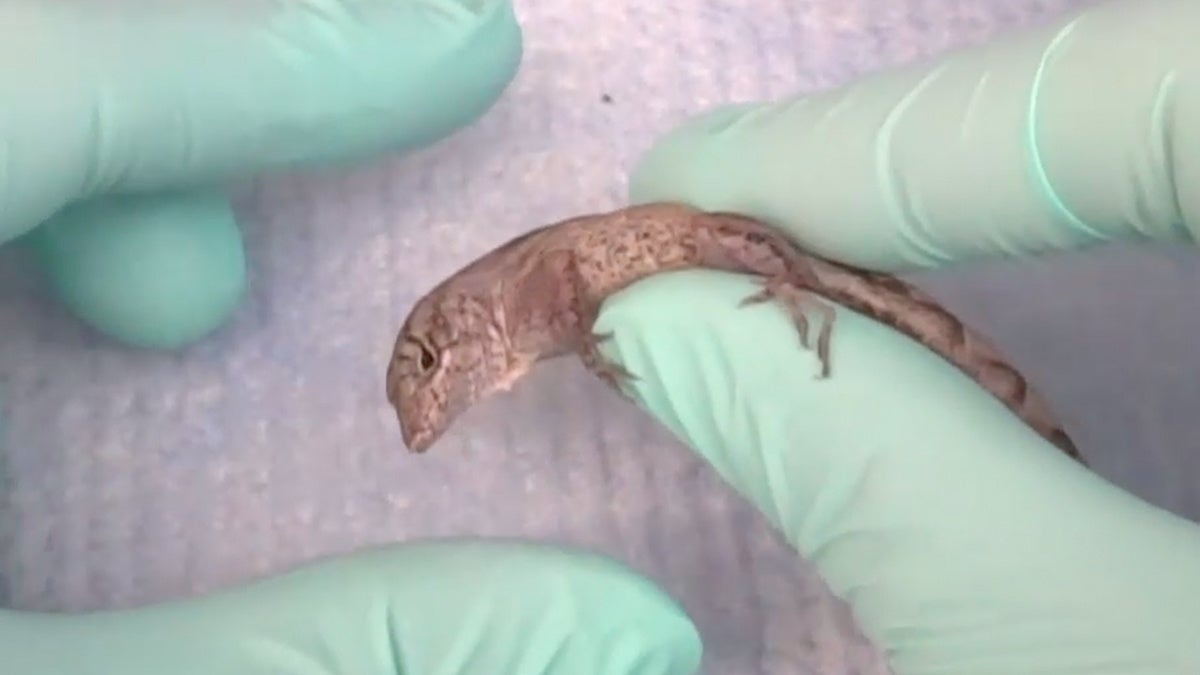 Think of a reptile that has been genetically mutated, and Godzilla comes to mind. Or maybe ninja turtles.

But the real thing is here, and he’s neither bent on destroying Tokyo nor eating pizza from the sewers. Instead, it’s a pale, finger-sized lizard – the world’s first genetically engineered reptile, according to researchers at the University of Georgia reported this week.

In an article published in the journal Cell reportsDouglas B. Menke and colleagues described how they made an albino version of the brown anole (Anolis sagreilisten), a species of lizard native to Cuba and the Bahamas.

The first genetically modified animal was a transgenic mouse, created in 1974. But it wasn’t until seven years later that researchers were able to edit genes that were passed on to future generations. In the case of the albino lizard, the changes are hereditary.

Although gene editing has been around for decades, and the advent of CRISPR technology has made it easier and more efficient to perform, doing it in reptilian zygotes is particularly challenging. Researchers consider it best to make a modification when the embryo is newly formed. For animals that reproduce sexually, the target is usually a single cell at this stage.

the anole genus, which includes more than 400 species, is native to Central and South America and the Caribbean islands. Brown anole lizards are widely distributed beyond their native Cuba and the Bahamas, as they are a highly invasive species. The lizards used in the experiment were wild-caught in Orlando, Florida.

Scientists performed surgery to insert gene-editing reagents into 146 unfertilized eggs from 21 adult female lizards. The females were then mated with adult males. A fraction of the resulting offspring carried the mutation, which manifested as albinism. The modification is unlikely to be lethal to animals.

The disadvantage of manipulating the egg and not the embryo is that it does not harbor the paternal DNA, which reduces the chances of the modification showing up in the offspring. For their study, the authors had to wait three months for the lizard eggs to hatch to test whether their editing method had induced the desired mutation.

Only about 6-9% of the eggs into which the modification was introduced produced mutant lizards. This is low compared to other methods that report efficiencies of 80% or more. However, being able to produce change in these few individuals is in itself a breakthrough. The authors say efficacy can be increased by targeting larger eggs (more than 0.75 mm in diameter), which had the highest success rate in this experiment.

Editing genes is one of the main ways to infer what role they play and what traits they are associated with. University of Georgia researchers are already exploring different genetic functions in anole lizards and say they hope it will help in the study of genetic defects in humans. For example, people with albinism are also likely to have poor eyesight due to defects in a part of the eye called the fovea. Mice that are widely used for genetic studies do not have a fovea and therefore the study of albinism in mice may not shed light on the link between albinism and impaired vision.

Gene editing can also be used to reduce populations of invasive species. Its best-known application is controlling mosquito populations, but with advances in gene editing, this could also be extended to invasive reptiles.

“There are more than 10,000 described species of reptiles, and each species’ genome contains about 25,000 protein-coding genes. There’s a whole universe of unstudied biology in these animals,” Menke said. “We hope that other research groups will adapt our gene editing method to study gene function in other reptile species.”